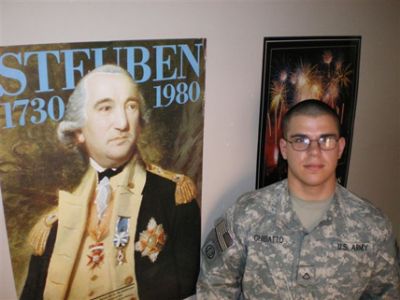 During the winter of 2007, employees throughout the National Museum of American History collaborated to send 82 American history–related posters to the United States central command legal headquarters in Iraq. The posters feature subjects as varied as Albert Einstein, Harry S. Truman, jazz music and the Star-Spangled Banner, and are currently on display for our armed forces there. The Museum recently received photographs of troops at their stations with the posters adorning the walls.

The Museum worked with Staff Sergeant Daniel de Cristo, who is currently stationed and serving in Iraq, to redecorate the walls and provide soldiers with American cultural adornments. Smithsonian staff received a request from SSG de Cristo, an ardent fan of the National Museum of American History, in November 2007 to send any materials lying around that could be used to put up on the station’s walls. 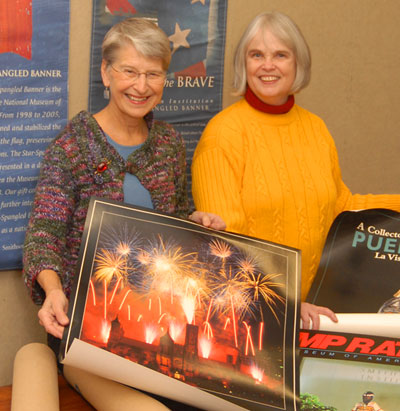 Staff Sergeant de Cristo’s home station is located within driving distance from the Museum, just inside of Virginia.  He hoped that displaying the posters would not only add a taste of home to the station but also inspire the troops to visit the Museum and other Smithsonian facilities when they return. A recent letter from de Cristo thanked the Museum for its efforts and noted that “the posters have affected a large area of our post and have increased our morale greatly!”