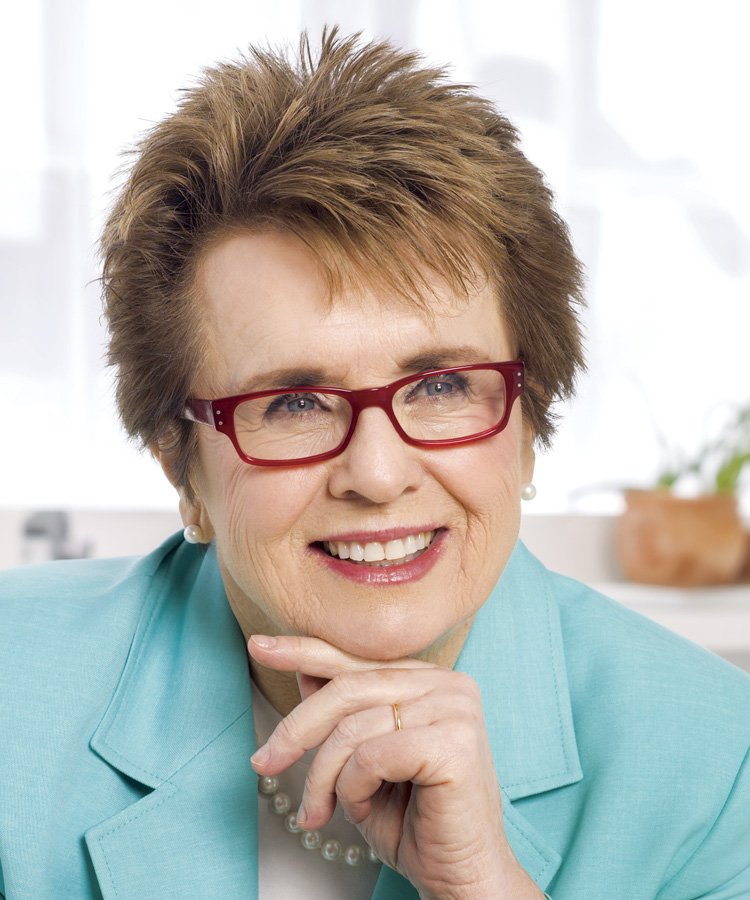 Billie Jean King, social justice pioneer and global sports icon, will receive the “Great Americans” award from the Smithsonian’s National Museum of American History Sept. 25. The “Great Americans” program is supported by David M. Rubenstein, chair of the Smithsonian’s Board of Regents. Rubenstein will interview King onstage, and she will be presented with a newly minted museum medal that represents American ideas and ideals.

Born in Long Beach, California, King grew up playing tennis in public parks. In an interview with ESPN, she said, “I knew after my first lesson what I wanted to do with my life.” When she began competing in 1959, Sports Illustrated had already deemed her as “one of the most promising youngsters on the West Coast.”

King won 39 Grand Slam titles during her career. Arguably, her most historic victory was against Bobby Riggs during the “Battle of the Sexes” match Sept. 20, 1973. Held at the Houston Astrodome, King defeated Riggs in three sets. An estimated 90 million people around the globe tuned in to watch the moment King proved one of the biggest points for women in sports history. The Ted Tinling-designed tennis dress King wore during the “Battle of the Sexes” is in the museum’s sports collections.

A 2009 recipient of the Presidential Medal of Freedom, King is known for her advocacy in gender equality and LGBTQ rights. The “Battle of the Sexes” merged King’s commitment to equality and tennis, creating a space for all genders to fight for equal play and pay. She helped form the Virginia Slims Series and founded the Women’s Tennis Association. In 1974, King founded the Women’s Sports Foundation and co-founded World Team Tennis. Inducted into the International Tennis Hall of Fame in 1987, King went on to receive other prestigious awards such as the Sunday Times Sportswoman of the Year lifetime achievement award and was named one of the “100 Most Important Americans of the 20th Century” by Life magazine. She was inducted into the Southern California Tennis Hall of Fame in 2011and the National Gay and Lesbian Sports Hall of Fame in 2013. In 2014, King was named one of ESPNW’s Impact 25.

King continues fighting for equality through the Billie Jean King Leadership Initiative to address workplace inclusion and diversity issues and through her service on the boards of the Elton John AIDS Foundation and the Women’s Sports Foundation.

The museum will present King with a medal minted in 1.85 ounces of fine gold. An American eagle is featured on the obverse with the words “Great Americans” and “National Museum of American History” displayed around the eagle. The Star-Spangled Banner is honored on the reverse side, including the Smithsonian’s mission statement, “For the increase and diffusion of knowledge.” It measures 1 1/2 inches in diameter, and the design is inspired by the rare Double Eagle $20 gold coins in the museum’s National Numismatic Collection, designed by the famed sculptor Augustus Saint-Gaudens. The medal was made possible by museum board member Jeff Garrett and designed by Michael Guilfoyle, an international designer of coins and medals.

This Great Americans event is part of the Smithsonian American Women’s History Initiative. The initiative is a comprehensive program aimed at documenting, researching, collecting, displaying and sharing the compelling story of women, deepening understanding of women’s contributions to the nation and the world. More information about the initiative is available at https://womenshistory.si.edu.

Through incomparable collections, rigorous research and dynamic public outreach, the National Museum of American History explores the infinite richness and complexity of American history. It helps people understand the past in order to make sense of the present and shape a more humane future. The museum is located on Constitution Avenue N.W., between 12th and 14th Streets, and is open daily from 10 a.m. to 5:30 p.m. (closed Dec. 25). Admission is free. For more information, visit https://americanhistory.si.edu. For Smithsonian information, the public may call (202) 633-1000.