Skip to main content
The museum will reopen to the public on Friday, May 21. Free, timed-entry passes will be required for entry. 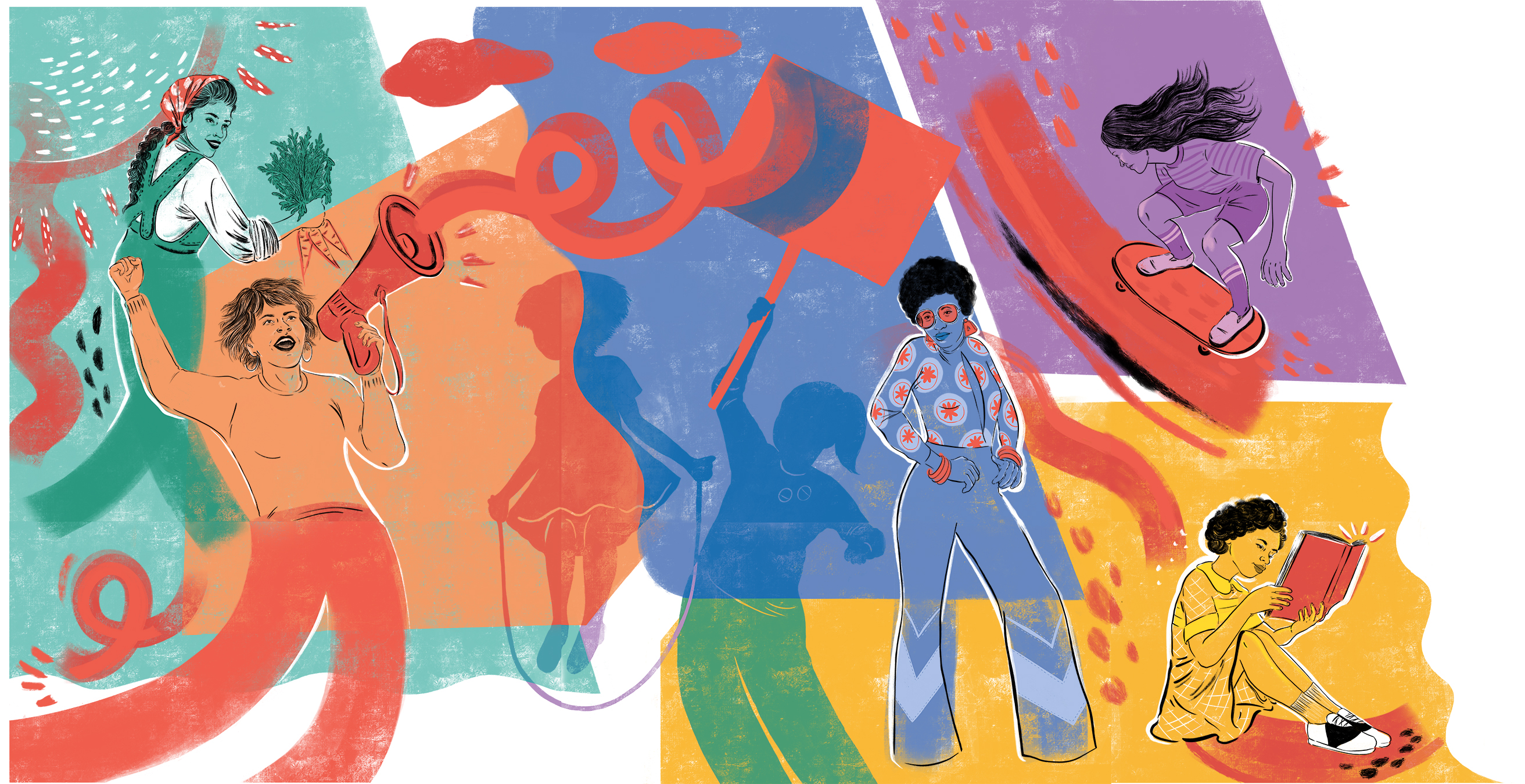 While the nursery rhyme proclaims that girls are “made of sugar and spice and everything nice,” history demonstrates that girls are made of stronger stuff. “Girlhood (It’s Complicated)” opens Oct. 9 at the recently reopened Smithsonian’s National Museum of American History and showcases how girls have been on the frontlines of change and how they have made an impact on all aspects of American life. The exhibition is timed to coincide with the International Day of the Girl Oct. 11.

Spanning a timeframe of more than 200 years and showcasing approximately 200 objects, including some never-before-seen artifacts, the exhibition examines the ways American girls, from Helen Keller to Minnijean Brown to Naomi Wadler, have spoken up, challenged expectations and used their voices to effect change. Among the highlights are an 1781 sampler stitched by 13-year-old Betsy Bucklin, a makeup table from 1820, an 1850s gym suit, Helen Keller’s touch watch, the 1959 graduation dress worn by Brown, one of the Little Rock Nine, following her expulsion from Central High School and Isabella Aiukli Cornell’s 2019 red prom dress symbolizing her activism related to Indigenous women and decorated with tribal insignia representing her citizenship in the Choctaw Nation of Oklahoma.

“Girls’ lives are often imagined as idyllic, empowered and uncomplicated,” said Anthea M. Hartig, Elizabeth MacMillan Director, and the first former girl to lead the museum. “Throughout American history, girls have resisted attempts to be defined and have used their voices to effect change. Yet, this is not an exhibition about ‘girl power’—if anything, this exhibition demonstrates that historically, girls have been denied power and agency. What it means to be a girl—and a woman—has continuously been debated and negotiated, but has always been part of the national conversation.”

The design features custom wall-sized murals and illustrations by artist Krystal Quiles based on historic photos. Among the eight exhibition videos are an animated entrance experience, a make-up video, footage of historic student-led school walkouts and a compilation of U.S. government-produced sex education films from 1919 to 1957. Visitors are invited to use social media to answer several questions posed at the exhibit’s exit using @amhistorymuseum and #GirlhoodHistory. The exhibition’s companion website will also debut Oct. 9 and will feature additional content, including detailed 3D scans of 20 rarely displayed fashion pieces featured in the exhibition, allowing the public to zoom in to see the smallest details. The Smithsonian’s Digitization Program Office took between 400 and 1,200 photos of each costume in order to create each 3D image. Highlights include a “bloomer” gym suit from 1858, designs from fashion futurist Rudi Gernreich, 1970s embroidered jeans and the red prom dress.

“Girlhood (It’s Complicated)” was developed by the National Museum of American History in partnership with the Smithsonian Institution Traveling Exhibition Service. The exhibition will tour the country through SITES beginning in 2023, following its Washington, D.C., run that ends Jan. 2, 2023. It is part of the Smithsonian’s American Women’s History Initiative, #BecauseOfHerStory. The American Women’s History Initiative represents one of the country’s most ambitious efforts to collect, document, display and share the compelling story of women, deepening understanding of women’s contributions to the nation and the world. It amplifies women’s voices to honor the past, inform the present and inspire the future. More information about the initiative is available at https://womenshistory.si.edu.

Break rooms across America hold signs that read: “Your mother doesn’t work here.” The display “All Work, No Pay” examines the implied expectation that women will take care of the housework. It shows that despite making steps forward in the paid labor force, women continue to be responsible for the almost timeless and undeniably endless unpaid work at home. Pockets, aprons, housedresses and other costumes meant for domestic work from colonial America to the 1990s are on view. Objects from various ethnic communities and classes highlight how women have done similar tasks across race and class despite the complicated dynamics and inequalities between them.

“Creating Icons: How We Remember Women’s Suffrage” highlights women’s achievements in winning suffrage while inviting audiences to explore how the country celebrates milestones, what people as a nation remember, what (and who) has been forgotten or silenced over time and how those exclusions helped create the cracks and fissures in a movement that continue to impact women’s politics and activism. The centerpiece of the exhibition is a 6-foot-tall portrait of Susan B. Anthony painted by Sarah J. Eddy in 1900. It also features items donated between 1919 and 1920 by the National American Woman Suffrage Association (now the League of Women Voters), materials related to Adelaide Johnson and Alice Paul, contemporary items from the 2017 Women’s March and Speaker of the House Nancy Pelosi’s gavel.

Philanthropy to support education is the focus of the updated exhibition “Giving in America,” which looks at the historical role of philanthropy in shaping the United States. Since the nation’s beginning, Americans have grappled with who gets educated and who pays for education. The update will feature objects from women educators like Nannie Helen Burroughs, who founded the National Training School for Women and Girls in 1909 in Washington, D.C., and an Oklahoma teacher who made headlines for her roadside fundraising sign in 2017.

Through incomparable collections, rigorous research, and dynamic public outreach, the National Museum of American History seeks to empower people to create a more just and compassionate future by examining, preserving and sharing the complexity of our past. The museum, located on Constitution Avenue N.W., between 12th and 14th streets, recently reopened. The new public hours are Friday through Tuesday from 11 a.m. to 4 p.m. Admission is free, but reserved time-entry passes are required. To make reservations, visit si.edu/visit. For Smithsonian information, the public may call (202) 633-1000.