Muybridge in Motion: The Pennsylvania Project 1883–1887

adweard Muybridge traveled to Europe for a lecture tour in the fall of 1881. In Paris, Etienne-Jules Marey introduced him to the artistic and scientific luminaries of the age. This triumphal tour inspired Muybridge to seek additional funding to undertake an even more complex investigation into animal and human locomotion.

In the summer of 1883, the University of Pennsylvania agreed to fund such a project. University Provost Dr. William Pepper placed the grounds of the new Veterinary Department at Muybridge’s disposal, and a university committee was formed to oversee the project. Muybridge began making photographs in the spring of 1884.

Muybridge photographed his subjects moving in front of a black wall marked off with a grid of white threads. He used up to 36 lenses with 12 to 24 cameras, placed at 30-, 60-, and 90-degree angles to his subjects. The two cameras placed at 30- and 60-degrees were able to hold up to 12 lenses each. The 90-degree angle was known as the lateral, or parallel, view, while the others Muybridge referred to as the front and rear foreshortenings. With this set-up, a successful session could result in as many as 36 negatives. 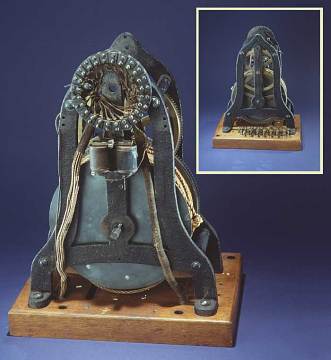