Schoolgirls have been on the front line of change, demanding inclusion. Undocumented girls raised in the United States see themselves as Americans. The nation disagrees.

In 2012 the Obama administration issued Deferred Action for Childhood Arrivals (DACA). Under DACA, youths could stay in the country if they could document having lived in the United States for five years. But DACA made it clear that citizenship would not be granted. 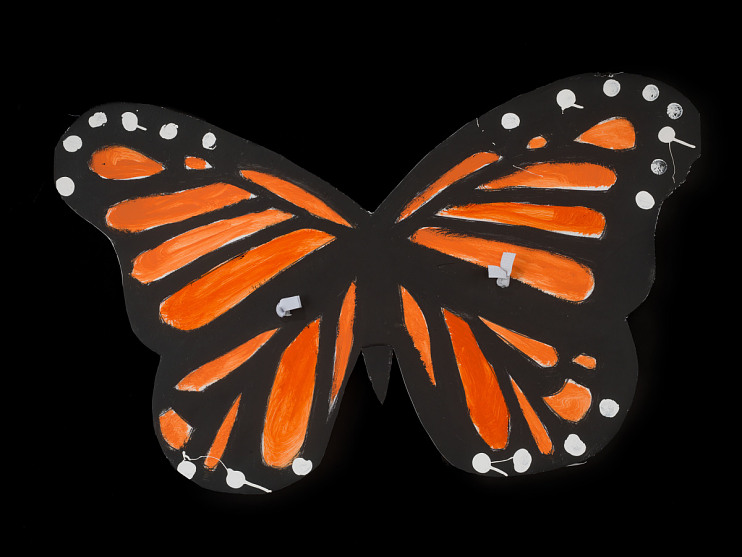 Monarch butterflies have become a symbol for undocumented Americans. Every year in a rush of color, Monarchs take flight, beginning a 2,500-mile journey north. Like migrants, they cross borders to survive.

These wings were worn by DREAMers from Nebraska on March 5, 2018, the day the DREAM Act hung in the balance and ultimately failed in Congress. Hundreds gathered in Washington, D.C., to make their voices heard.

DACA offers only temporary protection from deportation, a fact driven home when President Donald Trump rescinded DACA in 2017—only to be blocked by the Supreme Court in 2020. 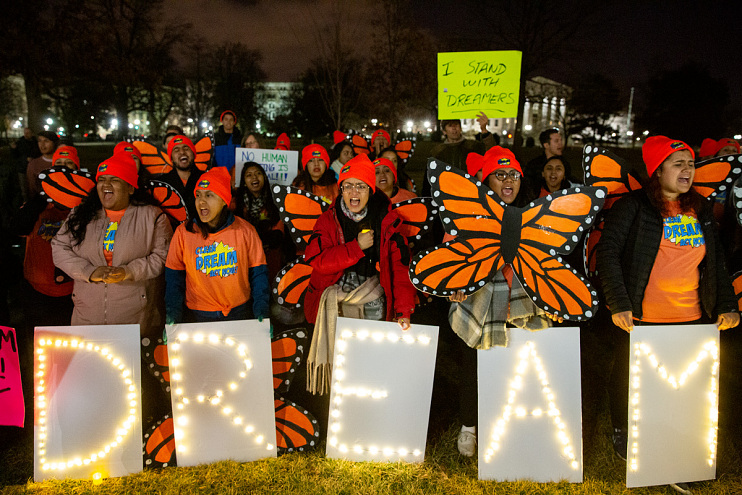 Being a DACA recipient is bittersweet....It lessened the fear of being deported...but this relief is temporary.

Yadira Montoya is one of approximately 700,000 DACA recipients. Born in Mexico, she grew up in Little Village on the West Side of Chicago. When applying for DACA, she submitted report cards, certificates, and awards as proof of residency status, good moral character, and educational achievements. 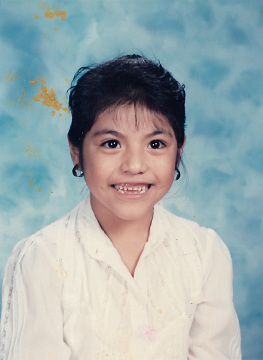 Yadira Montoya attended Farragut Career Academy in Chicago. She was a member of the debate and academic decathalon teams and was salutatorian of her graduating class. High school provided her the space to become politically active in issues of social justice. 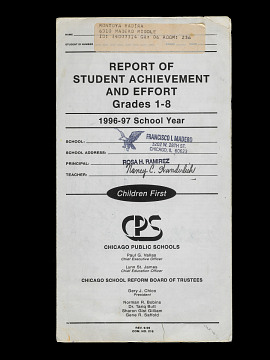 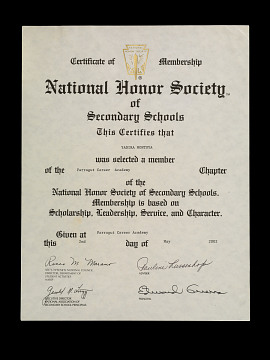