American citizenship is not always desired. As members of sovereign independent nations, American Indian families raised girls to pass on their languages, values, and traditions.

In response, U.S. educators physically removed girls and boys from their homes and communities. These educators wanted to erase Indian cultures. And, yet again, the key target was girls because Anglo educators also believed girls would raise the next generation.

Around 1880, Teai-e-se-u-lu-ti-wa, Tra-we-ea-tsa-lun-kia, Tsai au-tit-sa, and Jan-i-uh-tit sa were taken from their Zuni parents and sent to Carlisle Indian School in Pennsylvania. Everything about their lives changed in an instant—even their names. In an attempt to erase their cultural identity, the school renamed them Frank Cushing, Taylor Ealy, Mary Ealy, and Jennie Hammaker. Frank and Taylor both died while at the school. 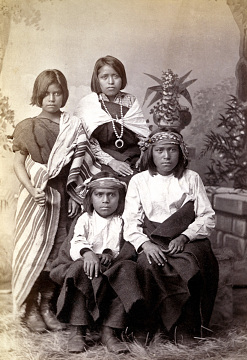 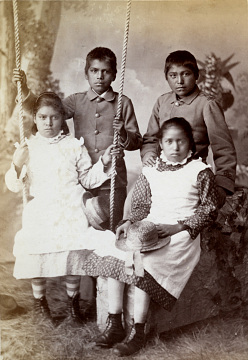 Notice how the girls are standing in the "before" picture and sitting in the "after" picture? Were they being schooled?

Imagine leaving home at age 4 or 5 to go to school among strangers who don't speak your language. Nothing was familiar—not the food, the clothes, the voices, or the faces. 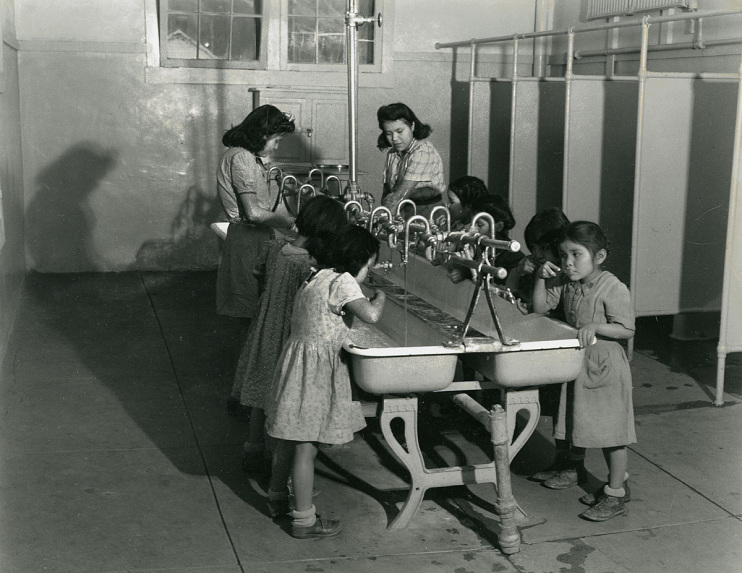 Indian boarding schools taught several generations of girls domestic science to train them for the workforce. "Winona," a young Cherokee girl, remembered that "We were also a little bit resentful because we felt that the home economics course was the only course that was open to us." 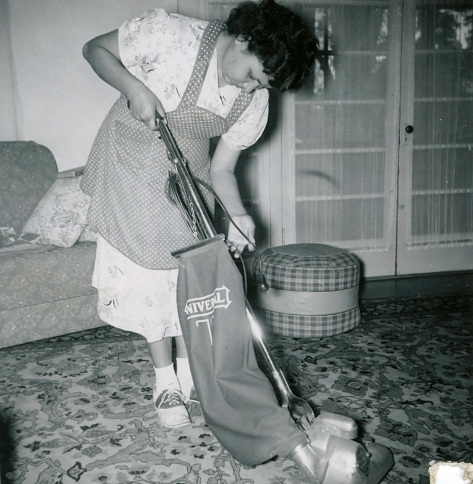 A people's language carries names, words, and ideas unique to their culture. After many children lost their native language in boarding school, Indian nations began to teach their language formally in tribal schools. 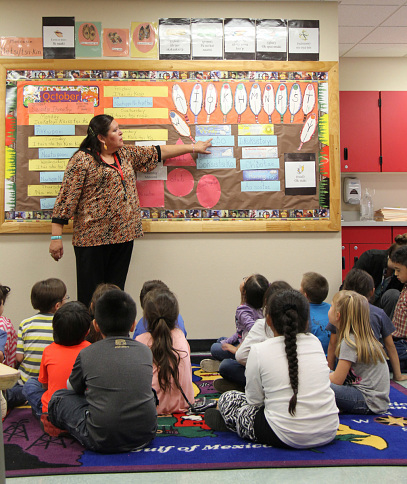