Who Gets to Go to School and Stay in School?

Some girls made history by simply going to school and claiming their right to belong.

Minnijean Brown is one of those girls. In 1957, she and eight classmates integrated the all-white Central High School in Little Rock, Arkansas, during the civil rights movement. White students physically and verbally assaulted them in school. When she stood up for herself, she was expelled for fighting back.

How many girls endure bullying to stay in school?

Minnijean Brown was excited to go to Central High because it looked "like a castle." She was convinced she would receive a superior education there. But on the first day of school, the Arkansas National Guard blocked her entrance. She faced an army to get an equal education. 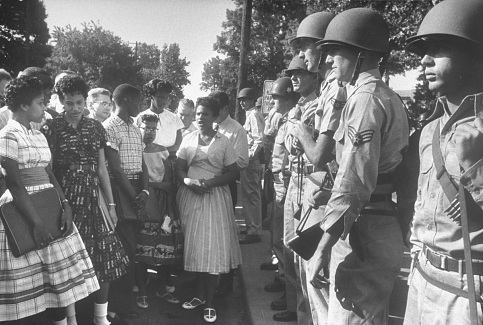 I just can't take everything they throw at me without fighting back.

Inside Central High, white students terrorized Minnijean Brown. They punched her, kicked her, and lit paper on fire to throw at her. When she stood up for herself the first time, Principal Jess Matthews suspended her. The second time, he expelled her. She had to leave her family and move to New York to complete her education. 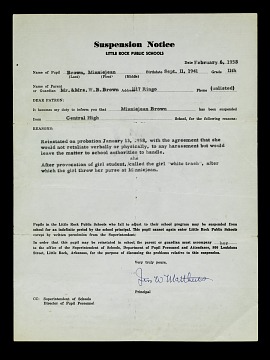 Graduation was a huge day for Minnijean Brown. Back in Little Rock, she hadn't been certain that she would be alive and unharmed to graduate high school. To celebrate, she designed this dress. "It was a perfect fit," she remembered, "and I felt perfectly beautiful in it." 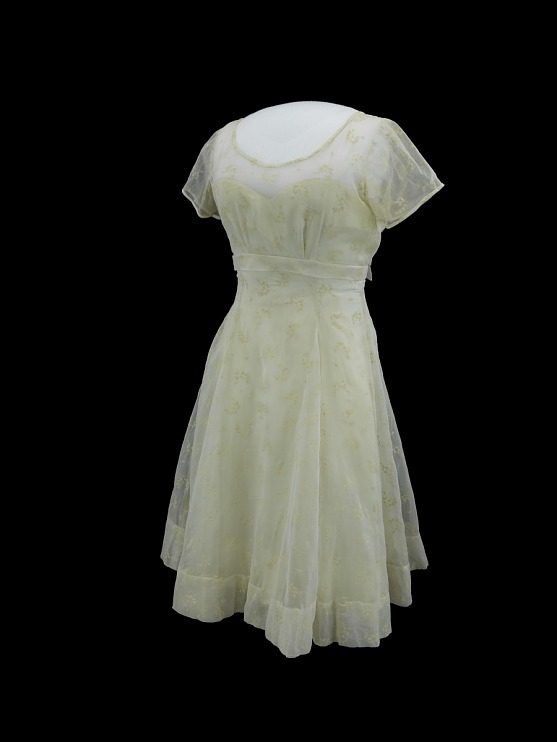 See Girlhood in 3D! Explore a model of the graduation dress or view in augmented reality. 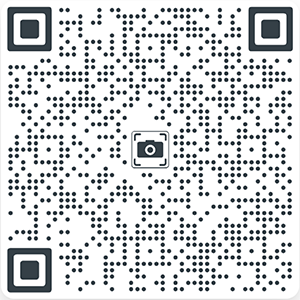 Enjoy a narrated augmented reality (AR) experience of the graduation dress, made possible by the Smithsonian Digitization Program Office in parternship with Verizon 5G Labs. Follow this link or scan the QR code with your smartphone.

‹ Education up Schooled to Work ›