Though remembered in popular culture as an era of power suits, supermodels, and the motto "greed is good," the 1980s and 1990s saw the proliferation of subcultures, including punk and hip-hop, in which girls were active participants in pushing back against the mainstream. Activism against AIDS in the 1980s also inspired a generation of queer youth to fashion a culture for themselves.

As an underground culture outside of corporate control, punk gave girls the means to express unruly politics and feelings in unconventional ways.

These bracelets...are part of what I called my 'armor,' and I wore many layers of these types of items when I was performing. I also wore the armor to shows, partly as decoration and partly for protection if I was on the dance floor in a club. 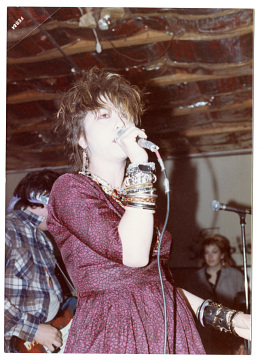 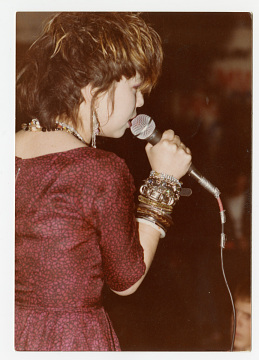 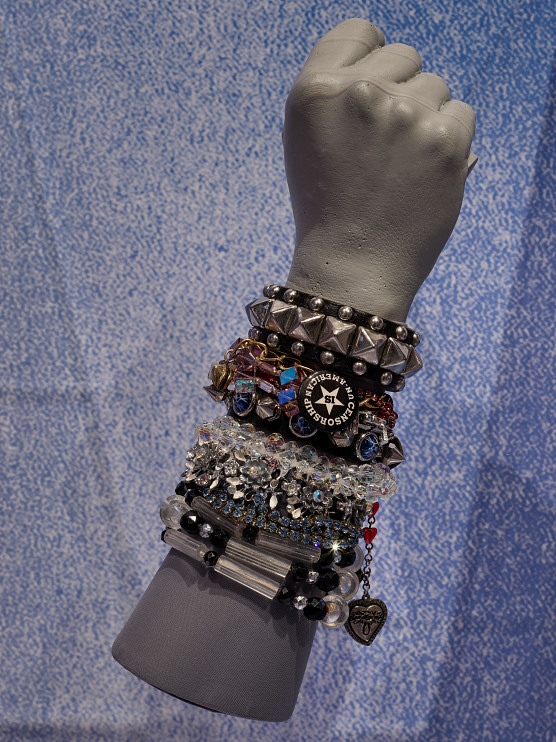 Girls used zines, among other forms of self-expression, to redefine fashion and body image, reject consumer culture, and express anger—something girls were not supposed to be. 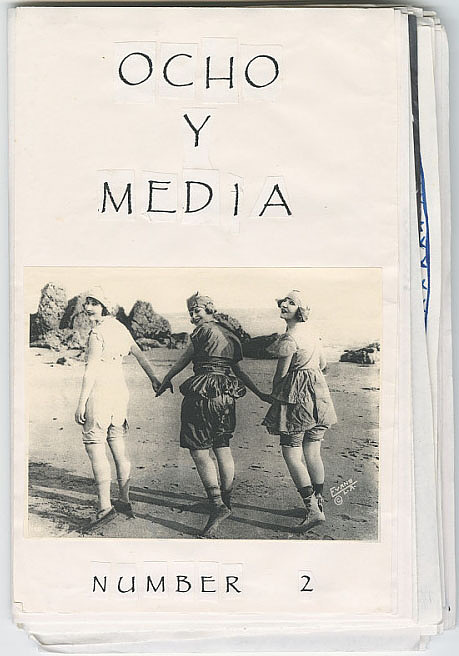 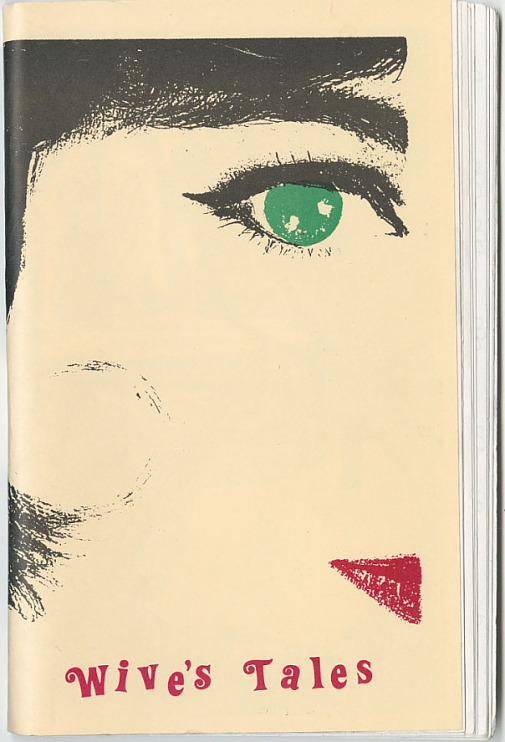 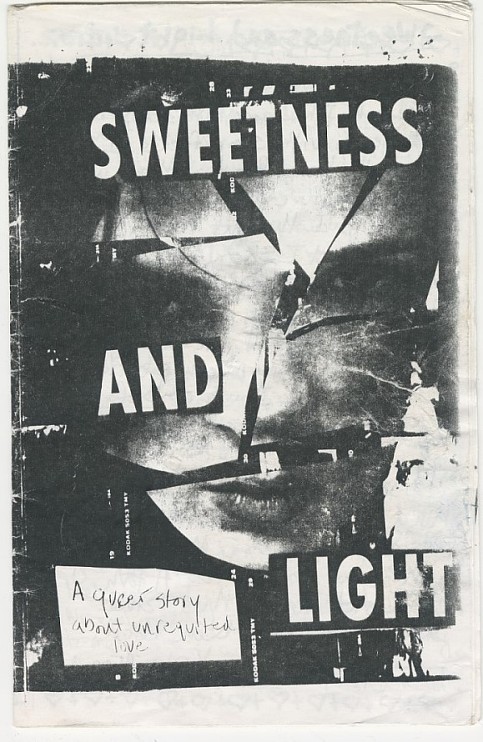 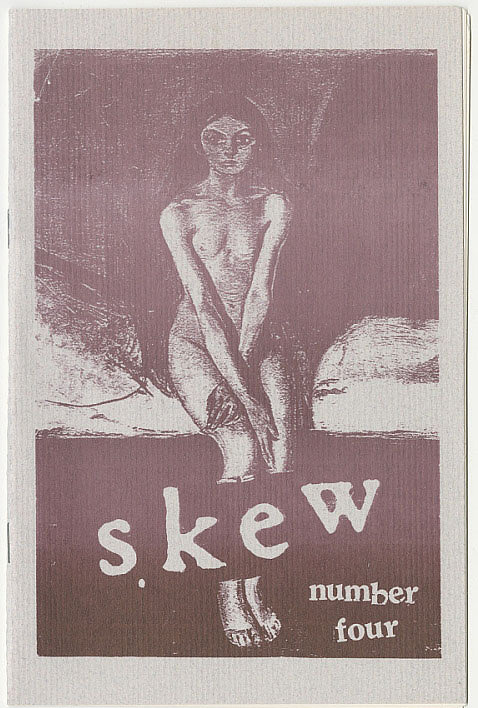 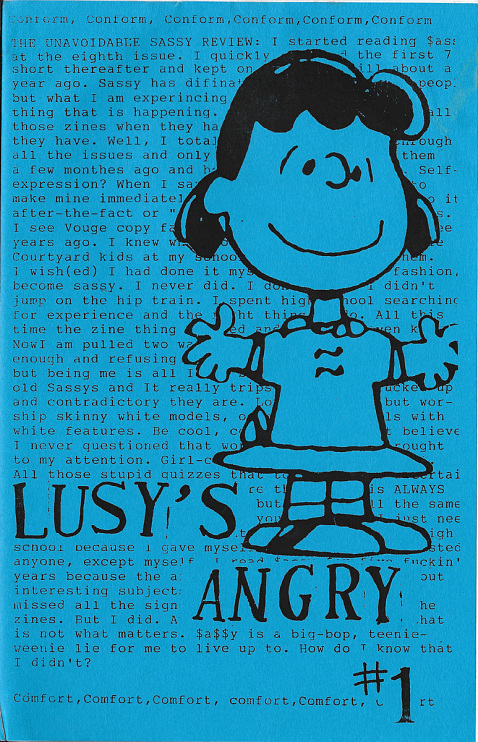 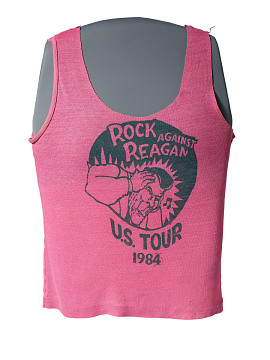 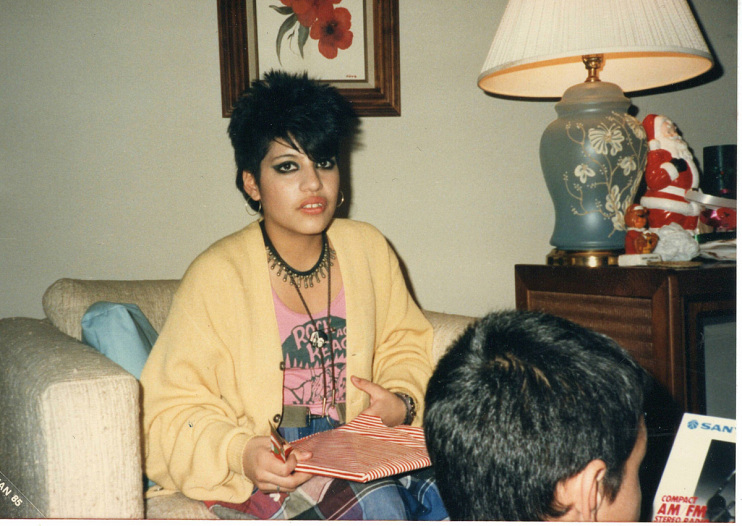 Selena designed her own costumes. 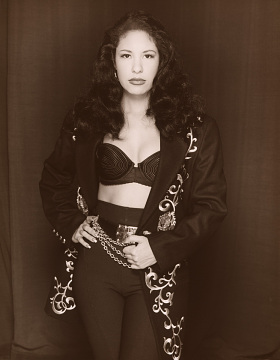 Curator Kathy drew this in 1986. MTV fused music and fashion. 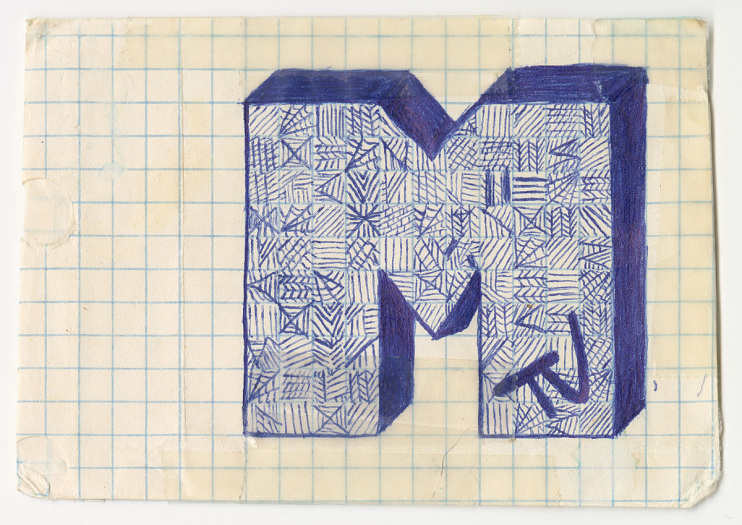 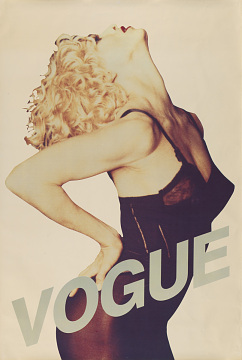 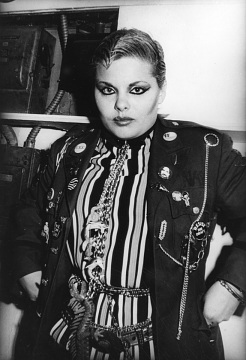 Woman at the Vex nightclub

A member of our team, Laura, seated. 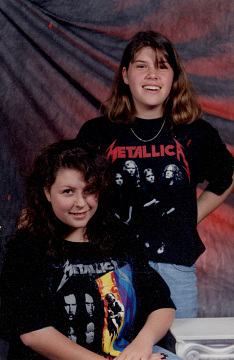 In the black expressive culture of hip-hop, girls found new avenues to express their pain and their joy through rap, dance, and a brash style for carrying themselves through the world. 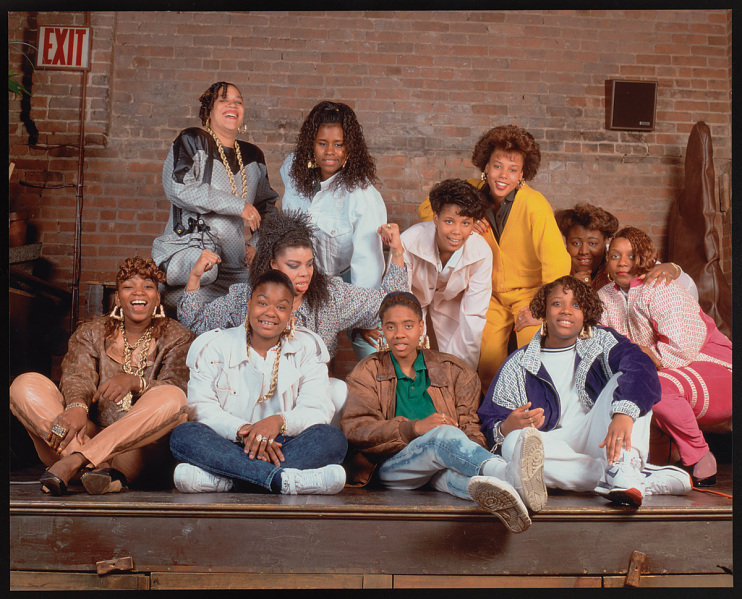 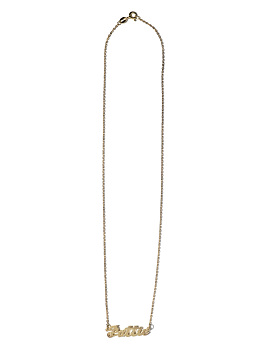 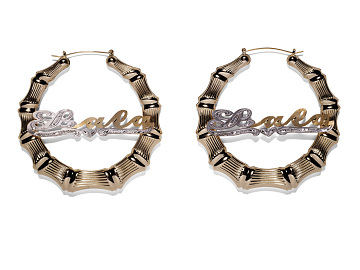 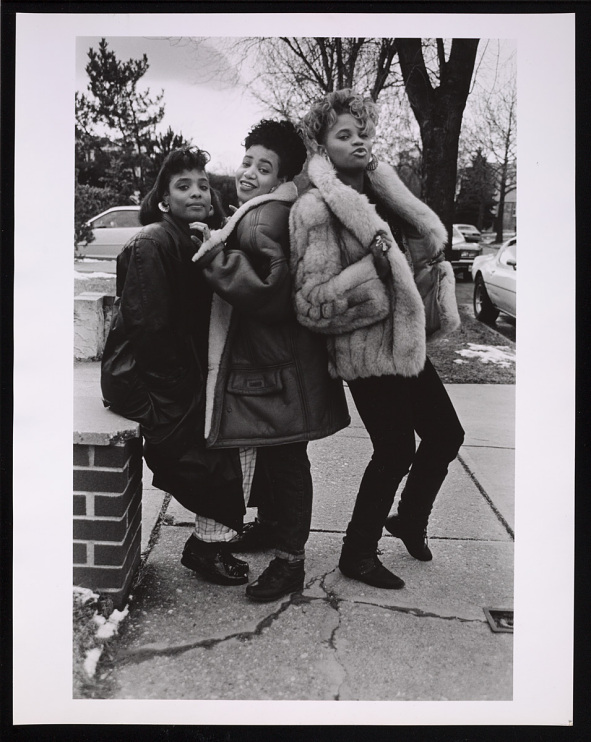 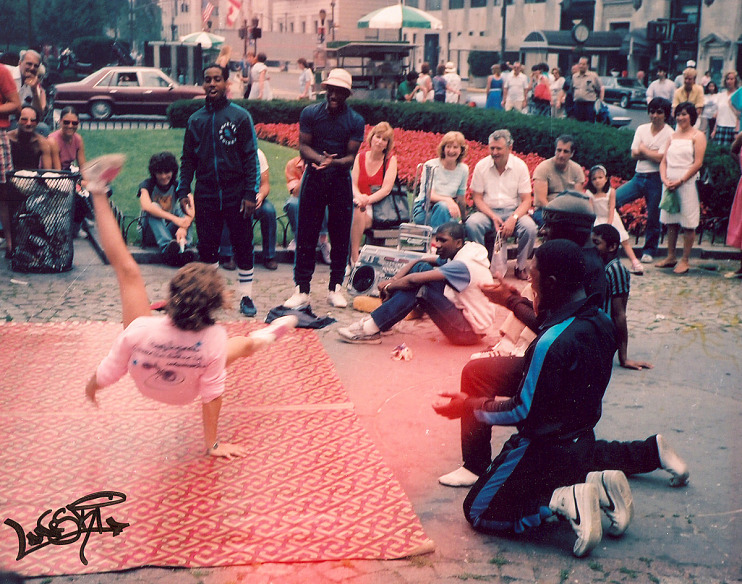 B-girls adopted particular fashions, like these shoes, to dance and make a style statement. 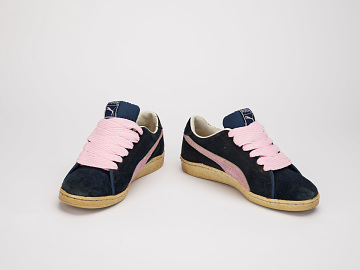