Americans have always participated in giving, although the notion of who is responsible for philanthropy has changed over time. Colonial Americans believed charity was an obligation owed by the wealthy to those in need. But by the Revolutionary War, all kinds of Americans began to participate in giving and volunteerism. Today most Americans practice some form of giving. 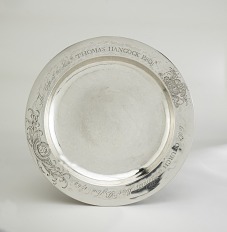 Community leaders in early America often gave valuable gifts to their churches. Thomas Hancock funded the purchase of this communion dish to Boston’s Brattle Street Church. Such gifts helped establish a wealthy donor as an important member of the congregation and helped cement their legacy. 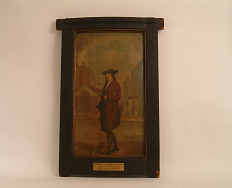 Benjamin Franklin came to believe that society’s needs could be addressed through the mutual action and generosity of like-minded individuals. He pioneered models of community fundraising and public-private partnerships in Philadelphia, leading to the establishment of libraries, hospitals, and fire companies. 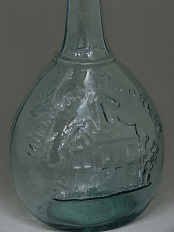 During her U.S. tour, from 1850 to 1852, Swedish opera star Jenny Lind donated her concert proceeds to various local charities. Master showman P. T. Barnum promoted her philanthropy, demonstrating for American audiences that her character was as admirable as her voice. 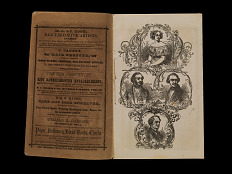 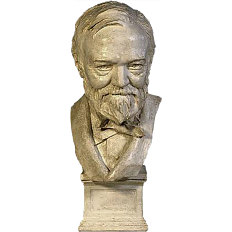 Bust of Andrew Carnegie
1908
Made by John Massey Rhind

In the late 1800s philanthropy became increasingly associated with the very wealthy, as a generation of new millionaires founded public institutions. Industrialist Andrew Carnegie influenced the future of philanthropy by giving away most of his wealth and arguing that the rich were the best judges of how their money could benefit the common good. Families and communities instill values of giving in many ways. In the mid-1900s, many Jewish Americans kept collections boxes for the Jewish National Fund in their homes. In addition to encouraging donations, the boxes reminded family members of their responsibility to support the Jewish community.

‹ Giving in America up Why Do We Give? ›