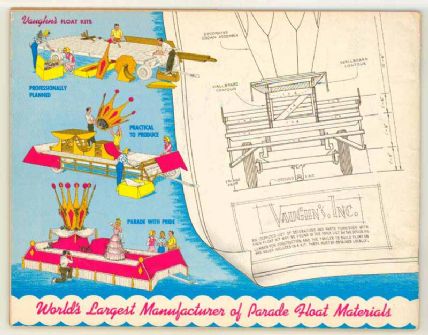 Vaughn’s “float system” brought a do-it-yourself attitude to the community-based tasks of float construction. The customer chose a design from the catalog, carefully matching it to the vehicle upon which it was to be built. By return mail the customer received a blueprint for the float’s wooden framework and enough floral sheeting to cover it. The only things not supplied were labor, lumber, and the vehicle itself.

“It’s Lucky When You Live in America,” Phoenix, Arizona

‹ Build Your Own Float! up Parade Float Style ›