What do you do with your feelings? How do you survive?

It can be dangerous to be different.

Some people immerse themselves in a profession or sport or fight back through the courts and public protest. Others escape through music, drink, sex, drugs, or the intentional communities they form. Humor and irony save many people. Some do not survive. 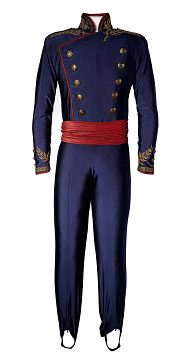 Gift of Brian A. Boitano 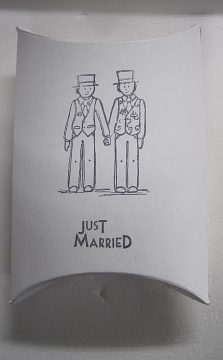 After many years of legal challenges, gay marriage was gradually legalized across America, first by states starting in 2004 and then nationally in 2015. 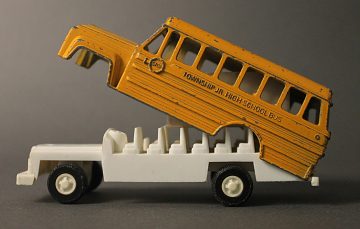 Young Bil Browning endured bullying on the school bus. He coped by playing with this toy bus, imagining that the bus ate bullies. 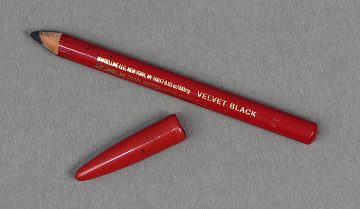 Used by irreverent artist, author, and filmmaker John Waters to highlight his mustache. 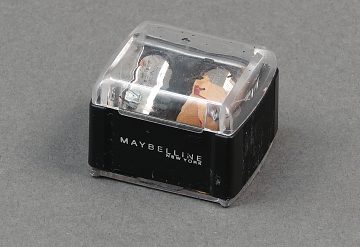 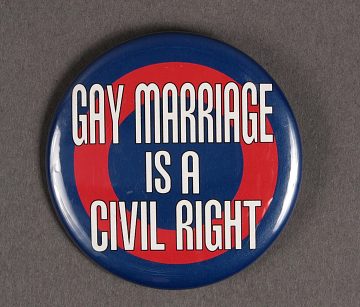 “Gay Marriage is a Civil Right" 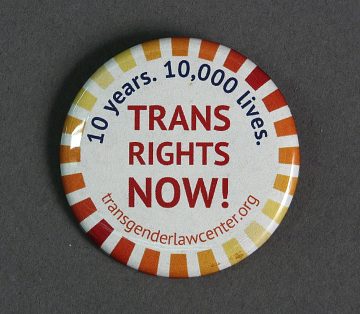 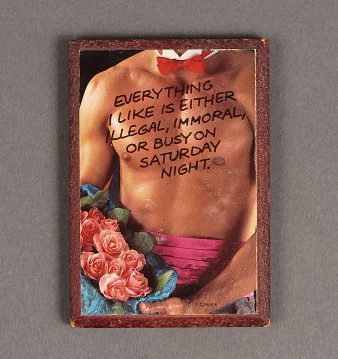 “Everything I Like is Either Illegal, Immoral, or Busy on Saturday Night” 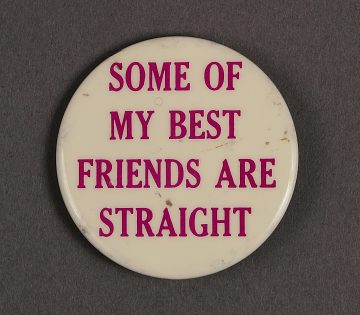 “Some of My Best Friends are Straight” 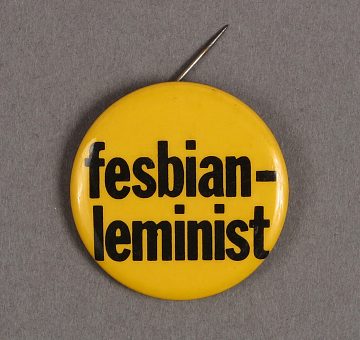 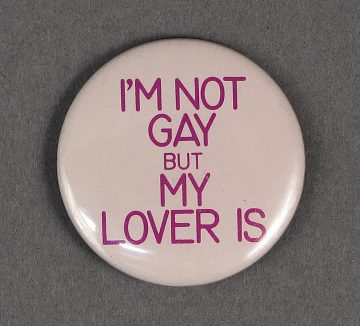 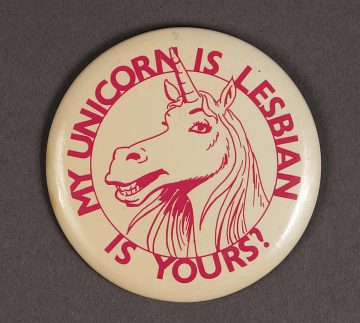 “My Unicorn is Lesbian” 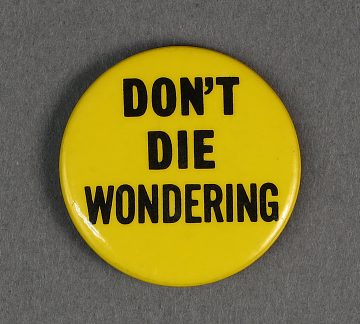 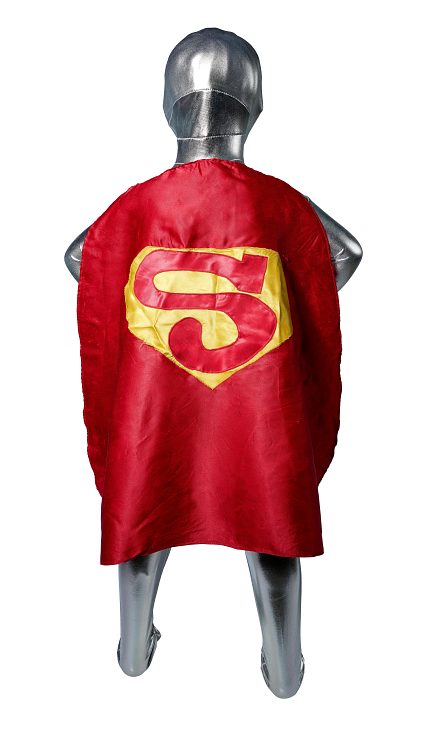 Shepard was targeted as gay, robbed, and brutally murdered in Laramie, Wyoming, in 1998.

Gift of Judy and Dennis Shepard 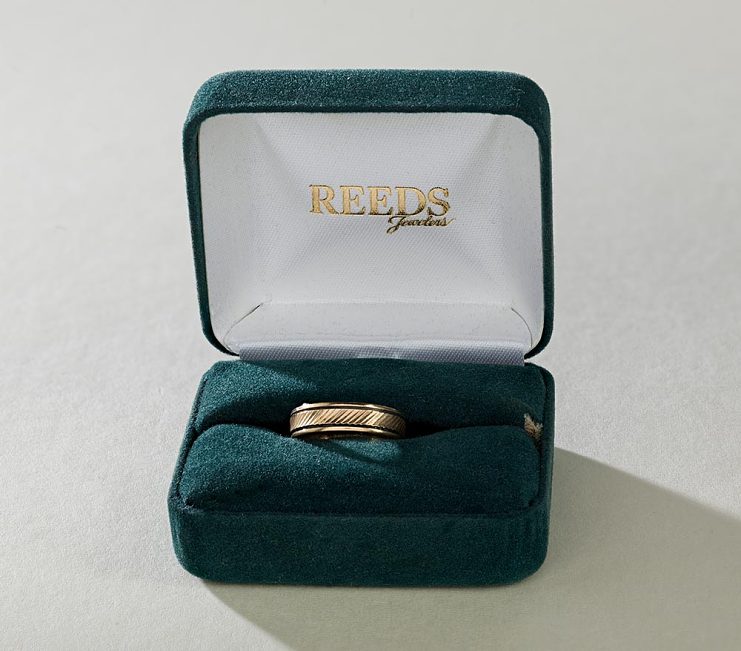 Purchased by Matt Shepard while in college in anticipation of a future marriage.

Gift of Judy and Dennis Shepard

AIDS and cancer researcher Jay Levy displayed this sign in his laboratory. Levy led one of the teams that isolated HIV.

Anita Bryant led a successful campaign called “Save Our Children,” to overturn an ordinance in Dade County, Florida, that protected LGBTQ+ citizens. 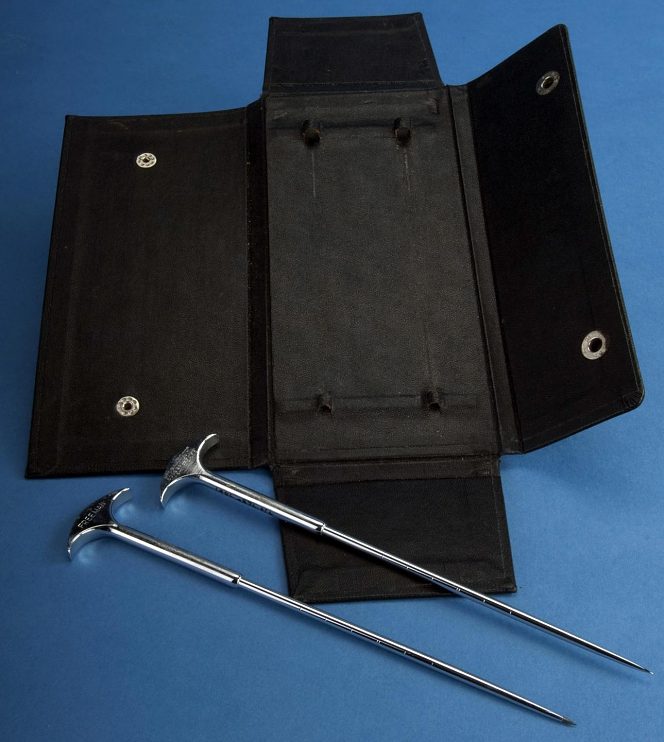 Lobotomy was a kind of brain surgery, once used to “cure” homosexuality.

Gift of Henry A. Ator 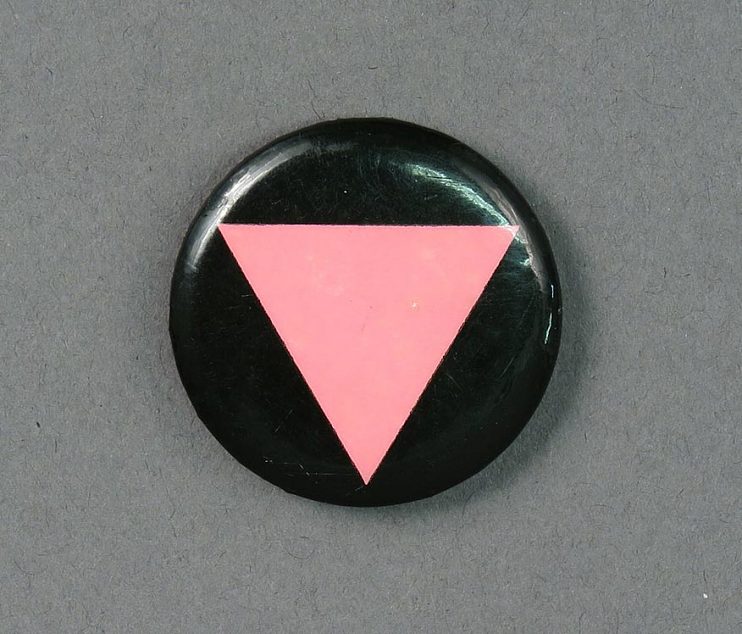 In the 1930s and 1940s, the Nazis required gay men to wear pink triangles. Activists reclaimed the symbol in the late 1960s. 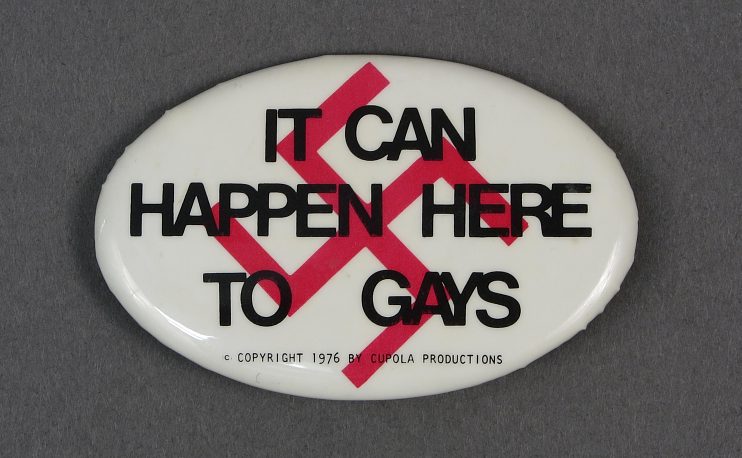 “It can happen here to gays” button with Nazi symbol, 1976 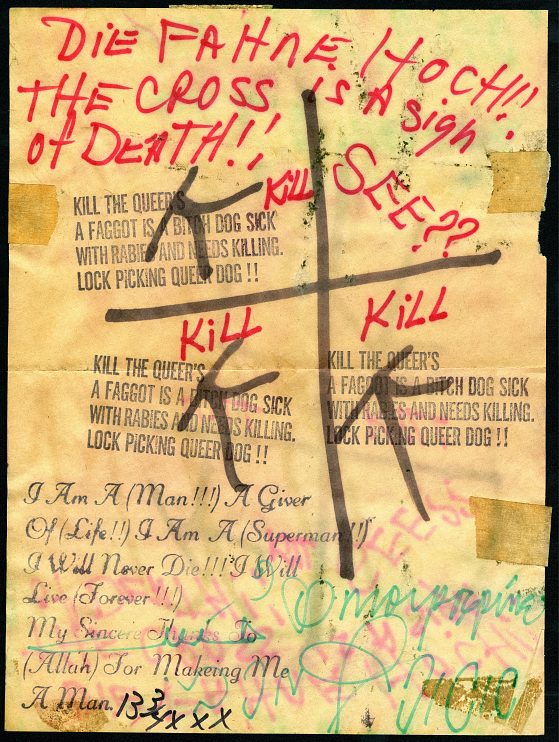 The first pride marches took place in New York City, San Francisco, Los Angeles, and Chicago to mark the first anniversary of the Stonewall uprising. In addition to celebrations, people have come in mass numbers to the National Mall in Washington, D.C., with specific demands.

Take Yourself to Washington: Dare to Be You

National March on Washington for Lesbian and Gay Rights

Among the demands of the first mass march were that Congress pass a comprehensive lesbian and gay rights bill and repeal all anti-gay laws.

Three buttons from March on Washington, 1979 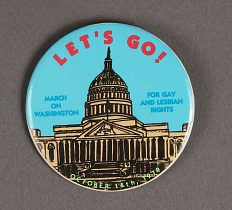 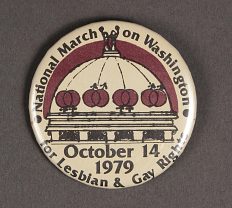 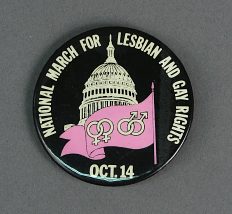 National March on Washington for Lesbian and Gay Rights

The second mass march included the AIDS quilt on the National Mall and demanded passage of a lesbian and gay rights bill, repeal of sodomy laws, and reproductive freedom. It also sought an end to discrimination against people with AIDS, to sexist oppression and racism in the United States, and to apartheid in South Africa. 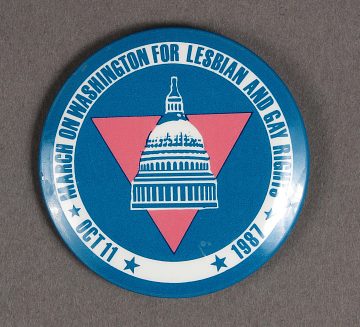 March on Washington for Lesbian and Gay Rights 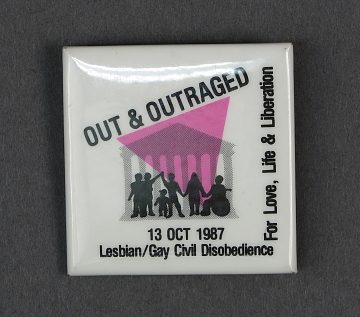 Out and Outraged, for Love, Life, Liberation 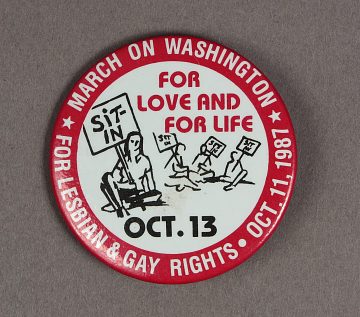 March on Washington, for Love and for Life 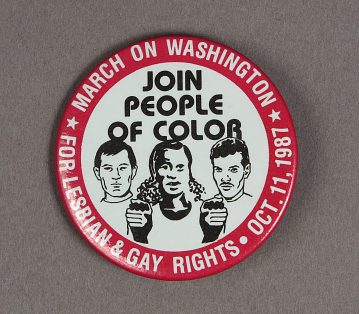 March on Washington for Lesbian, Gay and Bi Equal Rights and Liberation

The third mass march demanded passage of a lesbian, gay, bisexual, and transgender rights bill; repeal of sodomy laws; a large increase in AIDS funding; universal access to healthcare; and an end to discrimination of all kinds, including on the basis of sex, race, gender expression, disability, and HIV and AIDS status. 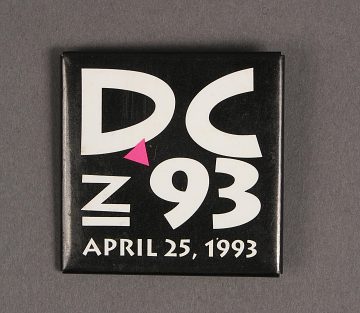 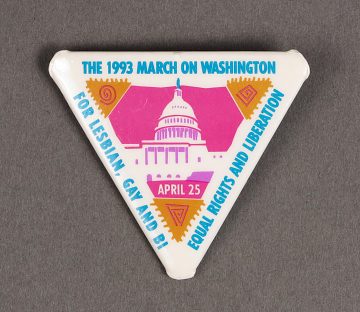 Bisexuality, the “B” in LGBTQ+, often goes unrecognized or is criticized as ambivalence. 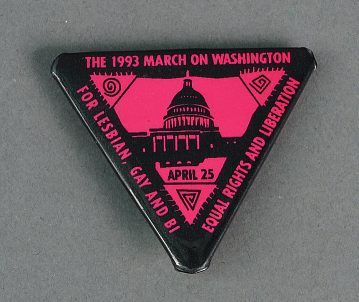 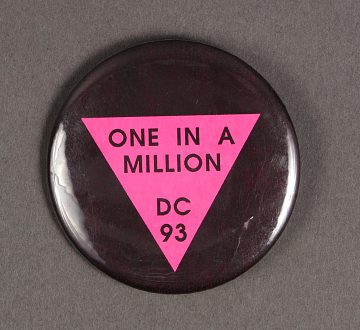 ‹ Where can you be safe and be yourself? up Illegal to Be You ›