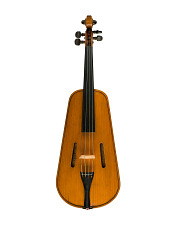 View object record
Violin, 1852
William S. Mount, Patent No. 8981
William S. Mount proposed creating violins with concave or hollow backs. This patent model represented a design innovation that would minimize the strain on the violin soundboard and avoid interference with the “sonorous and vibrating qualities” of the instrument.
View object record 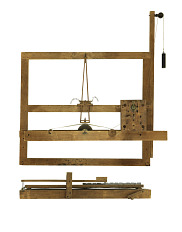 Telegraph, 1837
Samuel F. B. Morse, Prototype
Samuel F. B. Morse converted an artist’s canvas stretcher into a telegraph receiver that recorded a message as a wavy line on a strip of paper. His telegraph transmitter sent electric pulses representing letters and numbers that activated an electromagnet on the receiver.(Gift of Western Union Telegraph Co.) 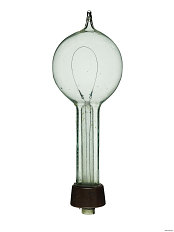 Incandescent Lamp, 1881
Thomas Edison, Patent No. 239373
Thomas Edison submitted this model to patent a variation on his newly invented lightbulb. Although he never put this design into production, this lamp could be disassembled to replace a burned-out filament. 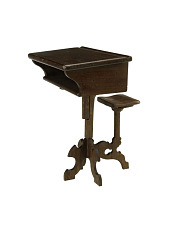 School Desks, 1861–1873
Joeckel, Cochran, Cox & Fanning, Patent Nos. 33994, 74504 & 135089
These school desk and seat patent models represent a response to needs for more practical learning settings. The designs allow users to lower or elevate both chair and desk, adjust the distance between each desk, and fold back the seat of each chair. 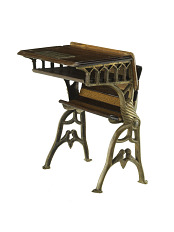 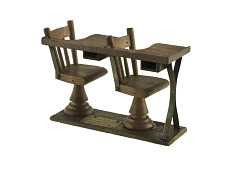 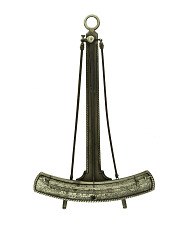 Thermometer, 1876
Gustav W. Schumacher, Patent No. 172181
Gustav W. Schumacher patented a thermometer in 1876 that used neither mercury nor alcohol to measure temperature, but rather the contraction and expansion of two hard-rubber arms. Apparently no production version of this patent model was ever made. 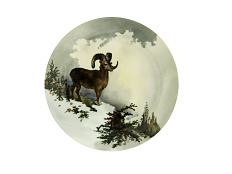 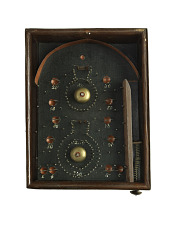 Bagatelle, 1871
Montague Redgrave, Patent No. 115357
Montague Redgrave’s table game known as an “Improved Parlor Bagatelle” was based on earlier billiards games. This patent model used a spring release to push a ball against the pull of a sloped incline. Both elements were later included in modern pinball arcade games. 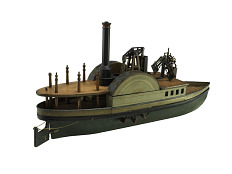 As illustrated in this patent model, mechanical engineer Frederick Sickels invented an idea for a steering apparatus through which steam pressure would control both the side-to-side motion of a vessel's rudder and hold the rudder stationary against the force of surrounding water. 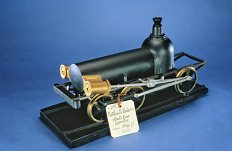 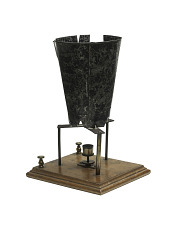 Carterfone, 1963
Thomas Carter, Patent No. 3100818
Thomas Carter connected telephone and radio conversations without a wired electrical connection, as this object shows. His successful suit against the Bell System to allow people to use “Carterfones” helped end the telephone company’s monopoly in
the United States. (Gift of Thomas F. Carter)
‹ Innovation Patent Models and Prototypes up National Inventors Hall of Fame Members ›