Moody and Dizzy, side by side

The great James Moody passed away on December 9, 2010. Today, Saturday, March 26, would have been his 86th birthday. In the jazz community, James Moody was universally known for his prowess on alto saxophone, tenor saxophone, and flute, as well as his vast contributions to the development of bebop. Moody, as he liked to be called, was certainly a Jazz Master. 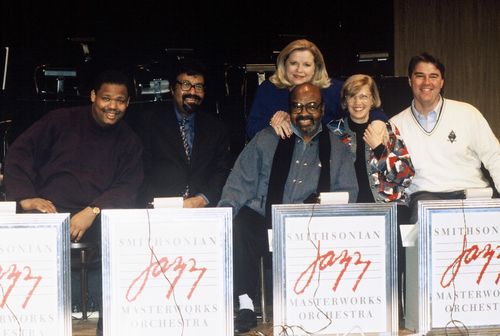 Moody (center) and his wife Linda (directly above), with members of Smithsonian Jazz. From left to Right: James Zimmerman, David Baker, Lida Baker and Ken Kimery. Photograph by Hugh Talman.

Few people had as much of an impact, personally and professionally, on Moody as trumpeter Dizzy Gillespie. Gillespie’s virtuosity, innovation and humor allowed him to touch people all over the world during his 75 years—none more so than Moody.

Listen to short audio clip on the subject, excerpted from an oral history interview with Moody.

Making A Name
When 18-year-old Moody was drafted into the Air Force in 1943, he was already inspired to play jazz by Charlie Parker and Dizzy Gillespie’s records. One can only imagine Moody’s excitement when Gillespie came through to his base and played in the camp’s performance tent. It was during this visit that Moody would first speak with Gillespie, and received an invitation to audition for Gillespie’s new band:

So I met Dizzy and Diz said to me and Dave Burns… “When I get to New York, I’m going to form another band… so come and try out for it.” So that’s what we did.

After discharge in 1946, Moody earned a spot in the saxophone section of Gillespie’s seminal bebop big-band. Moody was a relative unknown at the time, as were fellow band members Thelonious Monk, Kenny Clarke, Milt Jackson, Ray Brown and Cecil Payne:

I was 21 years old. And I didn’t know that much, you know, about [the other players]…and I’m glad I didn’t ‘cause I would’ve, probably would’ve fainted.

From 1946 to 1948, Moody performed with Gillespie’s orchestra. In the studio, Moody notched his first recorded solo on the band’s performance of Emanon, a song spelling “no name” in reverse. For Moody, the first years with Gillespie not only elevated his reputation as a player, but also raised his spirit in a time when African Americans were second-class citizens:

A lot of the feelings that I had of inferiority, or being inferior, came from ignorance on the part of the government and the people…but the thing that got me out of that was travelling with Dizzy.

Dizzy’s Quintet
After leaving Gillespie’s orchestra, Moody recorded as a bandleader and toured with his own septet and orchestra. In 1956, he joined Gillespie’s new quintet, and spent a decade collaborating with his mentor and friend. The quintet toured the United States, including stops at the Newport and Monterey Jazz Festivals. In 1965, Gillespie’s quintet performed on the BBC’s Jazz 625, which showcased Moody playing flute on his own composition titled Mmm Hmm. The special highlights Moody and Gillespie’s complimentary musical talents and affection for one another (watch No More Blues and And Then She Stopped).

Jazz Diplomacy
Moody and Gillespie only recorded a few times together over the next two decades, but they reunited in the late 1980s for diplomatic tours on behalf of the United States government. In particular, Gillespie and Moody toured Africa in a sextet in 1989 to enthusiastic crowds and press. Shortly thereafter, Gillespie recruited Moody for his newly formed United Nation’s Orchestra. With the U.N. Orchestra, Moody entertained international audiences with his humorous rendition of Moody’s Mood for Love. 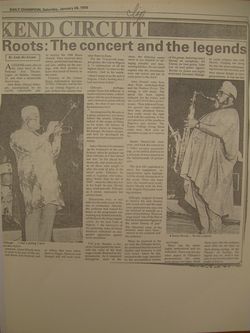 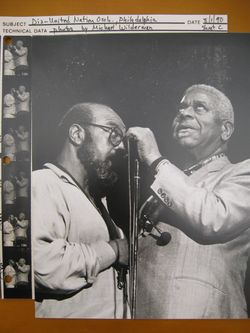 Mutual Respect
On January 6, 1993, Gillespie passed away with Moody and a few close friends at his side. When asked about his relationship with Gillespie, Moody only ever spoke warmly of his dear friend and musical comrade:

Diz influenced me from every standpoint. He was a friend, a father, a confidante, just everything to me. I’m 78 years old and I’m still realizing how much he affected me. And man, a lot of times I’ll see something, and I’ll remember what Diz told me and I’ll go, ‘Ah, that’s what he meant!’ Diz, boy—he was just a nice guy, a good man. And he was a child, too; he never grew up. But he was a child like a fox. I’m just thankful to him every day for giving me a chance because he knew—he must’ve seen something in me to let me be in the band for a minute. 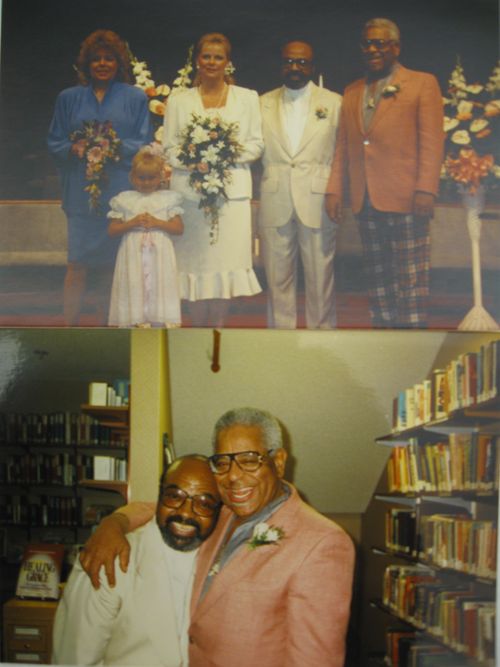 Moody’s life and career were remarkable, and a large part of both included Dizzy Gillespie. From a distance, one may focus on their musical synergy, but Moody and Gillespie were equally connected off the bandstand.

In January 2000, the Smithsonian Jazz Masterworks Orchestra (SJMO) featured James Moody for “A Bebop Celebration in the New Millennium.”

Posted in From the Collections, Jazz Appreciation