Several years ago, the museum acquired this striking portrait of Dr. George Washington Carver, the famous African American scientist and educator. It is identified as a Psycho Beautigraph etching, one made by artist Felix B. Gaines and copyrighted in 1946. 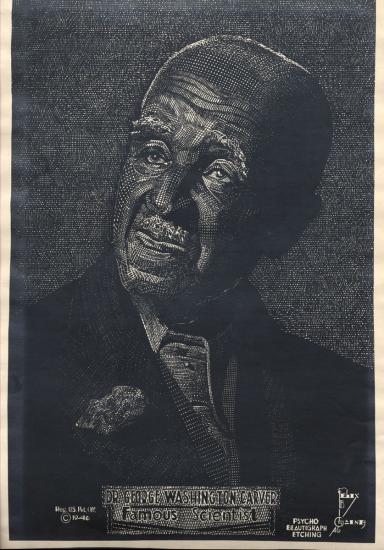 Gaines probably based his artwork on a photographic portrait of Dr. Carver made by Arthur Rothstein in March 1942. Rothstein worked for the U.S. Farm Security Administration, and he photographed scenes at the Tuskegee Institute as part of a project known as the "Negro colleges and universities" series. It is possible that Rothstein's photo of Carver was published in LOOK magazine sometime after Carver's death in January 1943. Rothstein was a staff photographer from 1940 and later director of photography for LOOK. Gaines, an artist from Birmingham, Alabama, could well have seen the magazine with the Rothstein photo. It inspired the portrait he made that employed a special method he developed and copyrighted. 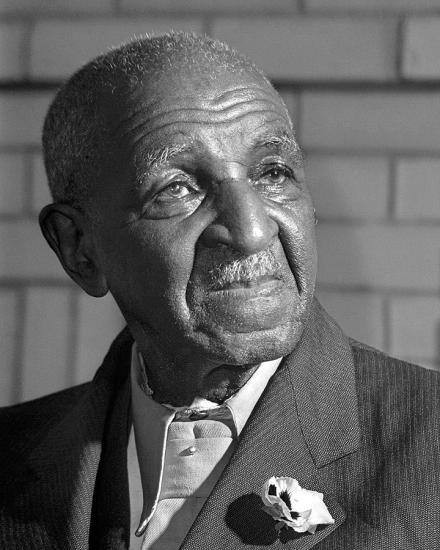 What exactly is a Psycho Beautigraph etching? We'd love to know! The Carver portrait offers some interesting challenges, beginning with identifying how it was made and how it relates to other prints of the period, both commercial and artistic. Presumably the term "psycho" refers to the psychology of the portrait's sensitive investigation of character, as shown in the photograph and the resulting print. The background texture of the image resembles the cross-hatched fibers of a peanut shell, one of Carver's primary subjects for his experiments, and Gaines described some of his portraits using the term "peanut etching." The complicated surfaces represented in the print also may be responses to the brick background wall in Rothstein's photograph and the textures of Carver's clothing. 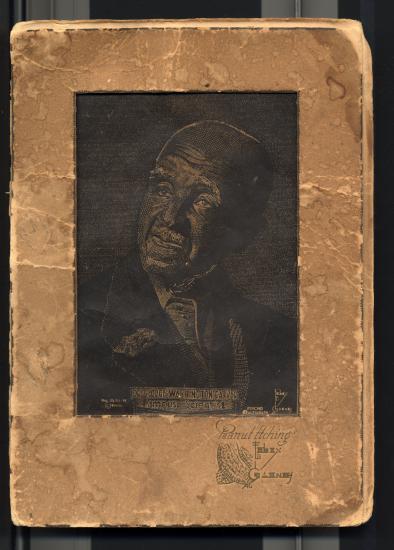 Gaines (1908–1991) is another part of the mystery. He is identified in census records and an obituary as an artist who lived in Birmingham, but beyond that we know little about him and his work. Many African American printmakers are under-studied and even unknown. We'd like to learn more about Gaines, his career, and his place in American graphic art. We've contacted several Alabama institutions, including the Tuskegee archives, but very little information is available.

One of the clues we found suggests how Gaines marketed his prints to audiences in the American south. A 1949 newspaper account from St. Petersburg, Florida, told how he planned to distribute his portrait of Dr. Carver to black schools and churches in the area, including Clearwater and Tampa. Elliot Robbins, a Tuskegee graduate and Gaines's assistant, spoke to the Merchants Association of St. Petersburg about the project. He explained that they would use Carver's portrait as a model commemorating him as a great scientist and humanitarian, as well as to encourage young people to seek higher education "through which racial tolerance and a better understanding may be fostered between the races." School officials, civic leaders, and ministers were cooperating—but it should be remembered that in this period, these institutions were segregated, and so any such cooperation would have been limited within the black community.

The museum has two versions of this portrait. One (at the top of this post) is a photo-print measuring about fourteen by eighteen inches. It probably was used as an intermediate between Gaines' original and the reproductions made for distribution to schools and churches. The other (the matted version shown in this post) is a photo-lithograph, reduced in size, and measuring about four by six inches. It is housed in a paper mat labeled "Peanut Etching," with a line image of two peanuts and the artist's stylized signature. The term "Peanut Etching" was used to describe the prints distributed in Florida. The artist found ways to produce and promote his work in multiple formats, and other examples may turn up. In the larger story of the production and consumption of visual culture, Felix B. Gaines is an intriguing figure whose prints offer primary evidence for further examination.

Update: We've learned more about Gaines! Check out our next post.

Helena E. Wright is the Curator of Graphic Arts in the Division of Culture and the Arts. She has also blogged about a lush Valentine in our collection. Please note: these collection objects are not currently on display in the museum. 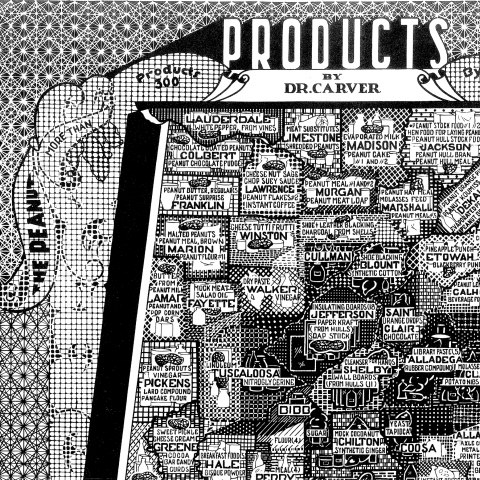 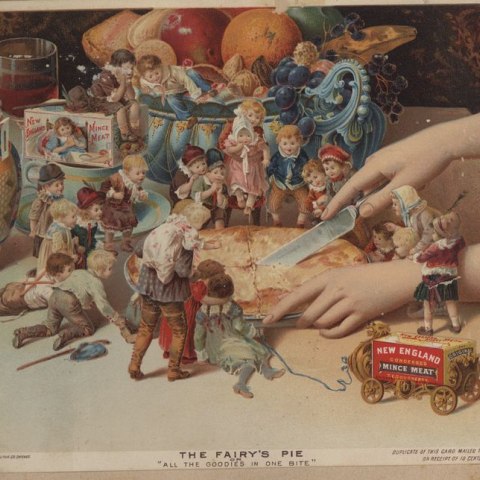 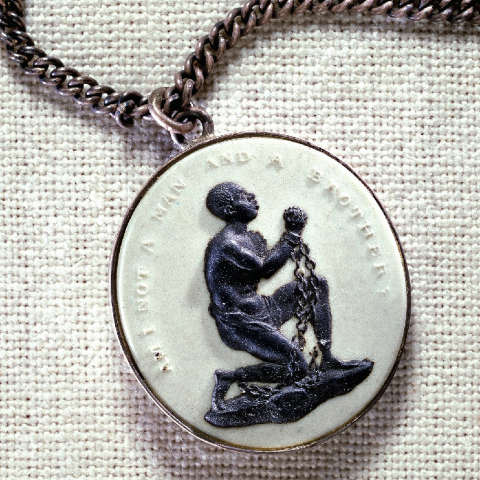