Can't tell your Dizzys from your Dukes? Whether you're new to jazz, or just looking for a quick and easy way to remember jazz history's names and faces, look no further than LeRoy Neiman's iconic painting, Big Band. A massive composition featuring 18 American jazz musicians, Big Band, captures a joyful imaginary jam session that is the perfect visual meet-and-greet for jazz history. 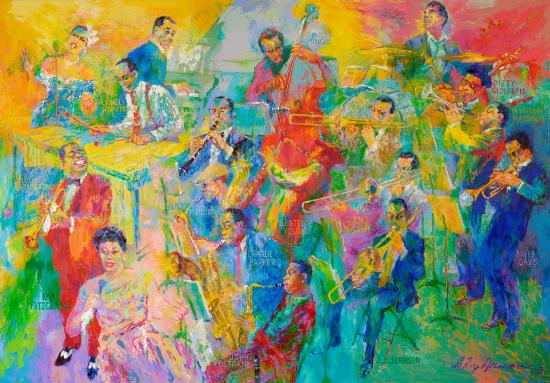 LeRoy Neiman was an American painter who was well known for his expressionist paintings that presented scenes of sports and entertainment. Among his work is a distinctive body of paintings of the American jazz legends and music of the 1950s to 1960s. He considered Big Band to be one of his greatest works. The painting takes up an expansive 9 by 13 feet and is featured on the first floor of the museum, right outside the Jazz Cafe. Big Band was generously donated to the museum by the LeRoy Neiman Foundation, which also pledged $2.5 million in support of jazz programming.

Previously, we met the first half of this fantasy big band; which included Billie Holiday, Duke Ellington, and seven others—and we're here today to salute and learn about the rest. 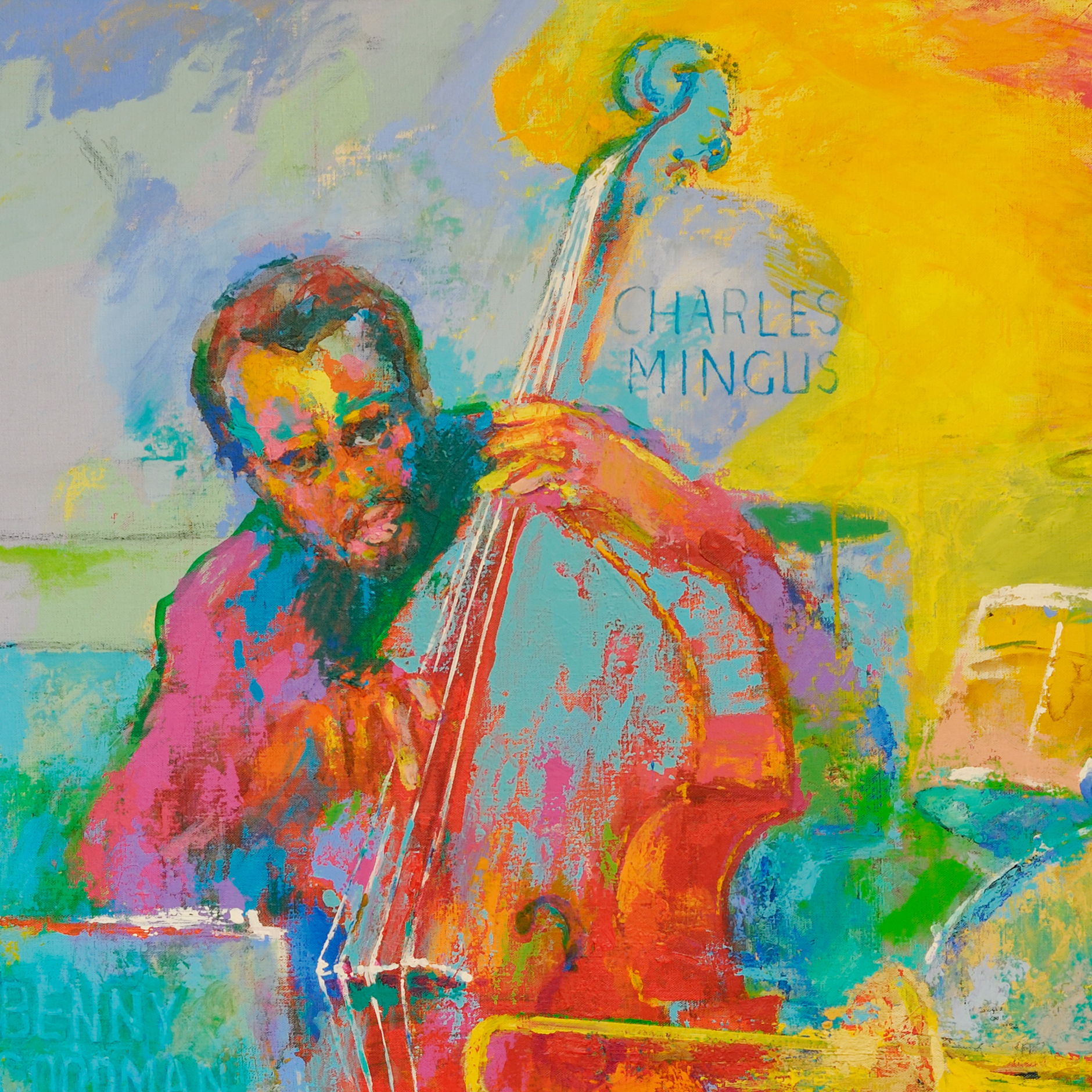 Charles Mingus
1. Born in 1922, Mingus was a bassist, composer, and powerful bandleader.
2. Mingus actually got his start with music listening to gospel music and learning the trombone and cello before he was introduced to the bass and jazz.
3. Mingus's composition style shook up the jazz world—in his album Pithecantrhopus Erectus he "basically set up systems of notes" that could be played in various places, "and allowed the musicians to figure all that out," according to NPR. 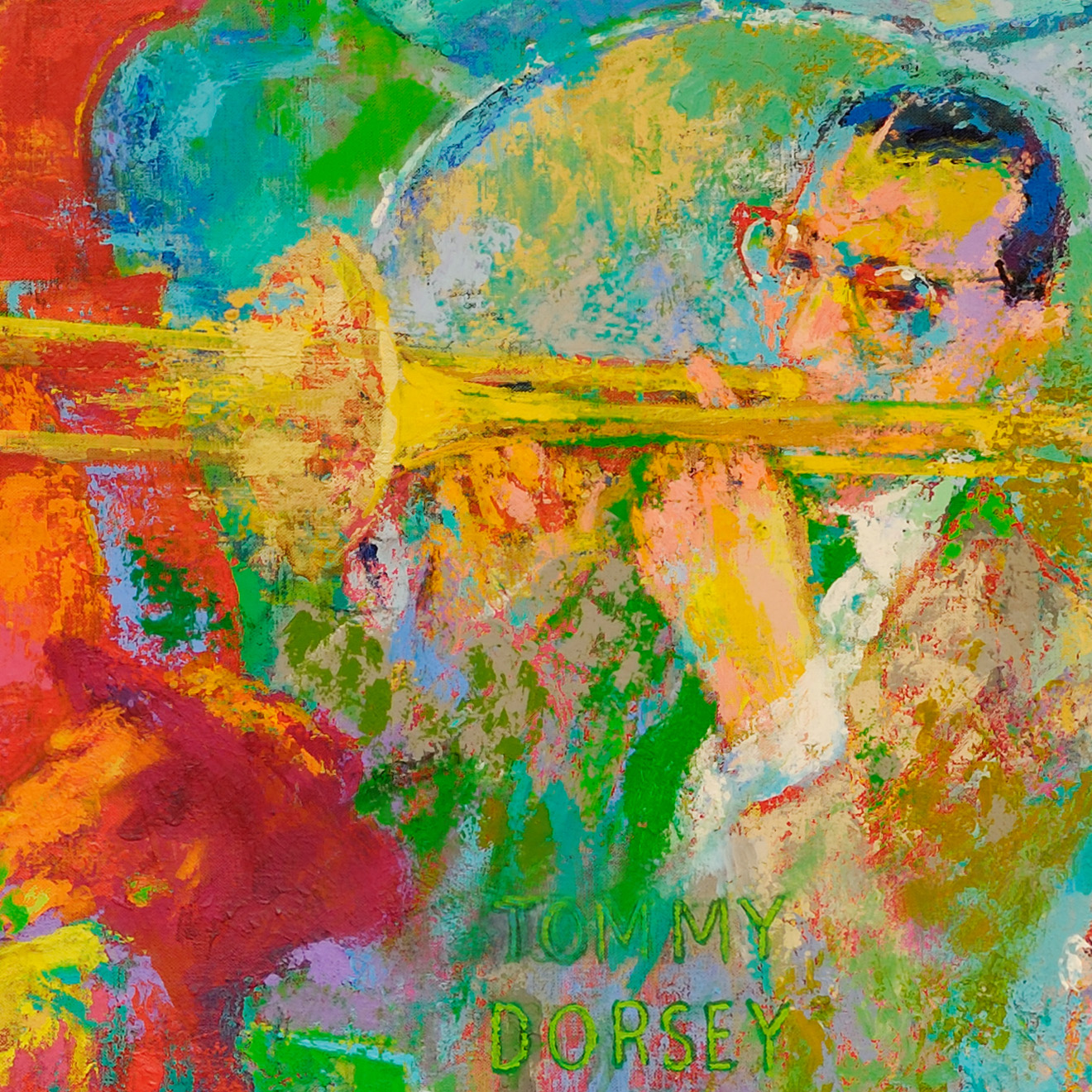 Tommy Dorsey
1. Born in 1905, Dorsey was another king from the swing era. He played trombone and lead a big band orchestra with his older brother, Jimmy.
2. Dorsey is known for his ballads and romantic style of playing the trombone that influenced American popular music.
3. He introduced a lot of young, famous talent to America, including Frank Sinatra and even Elvis Presley. 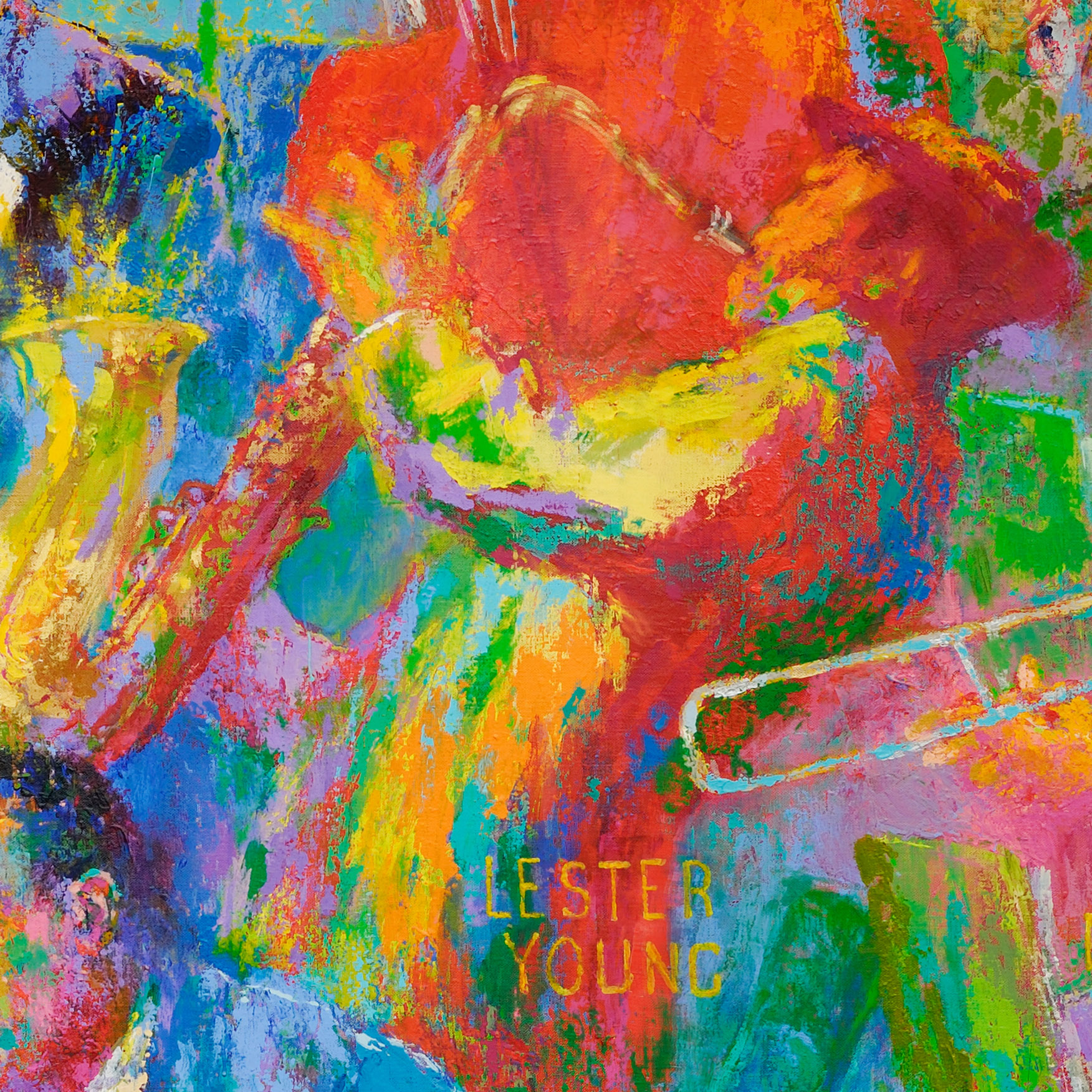 Lester Young
1. Born in 1909 in Mississippi, Young, or "Prez," was an innovative tenor saxophonist.
2. He influenced generations of saxophonists, as he challenged the traditional low "moo-ing" style notes and instead played with a laid back style that depended on swing and soft tones.
3. The hipster of the jazz age, Young often used then-unheard-of phrases like "that's cool," "you dig?" and "I feel a draft," and wore sunglasses in nightclubs with a black porkpie hat. 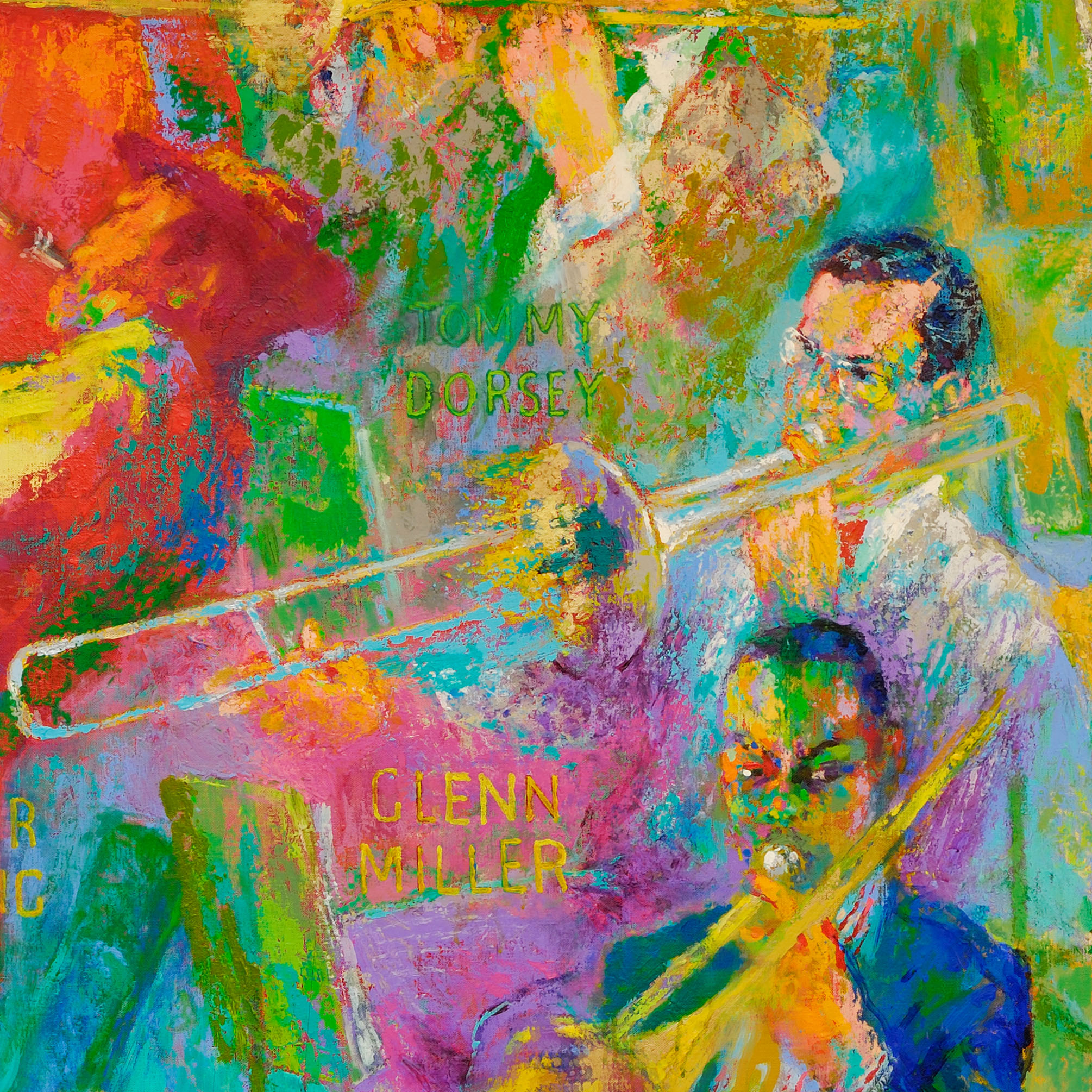 Glenn Miller
1. Miller was a bandleader and trombonist who was born in 1904 and recorded famous swing songs such as "In the Mood."
2. As he gained more and more popularity, he left the commercial side of music and took his big band to play for U.S. military members overseas during World War II.
3. In 1944, he boarded a plane to travel from England to France and was never seen again. 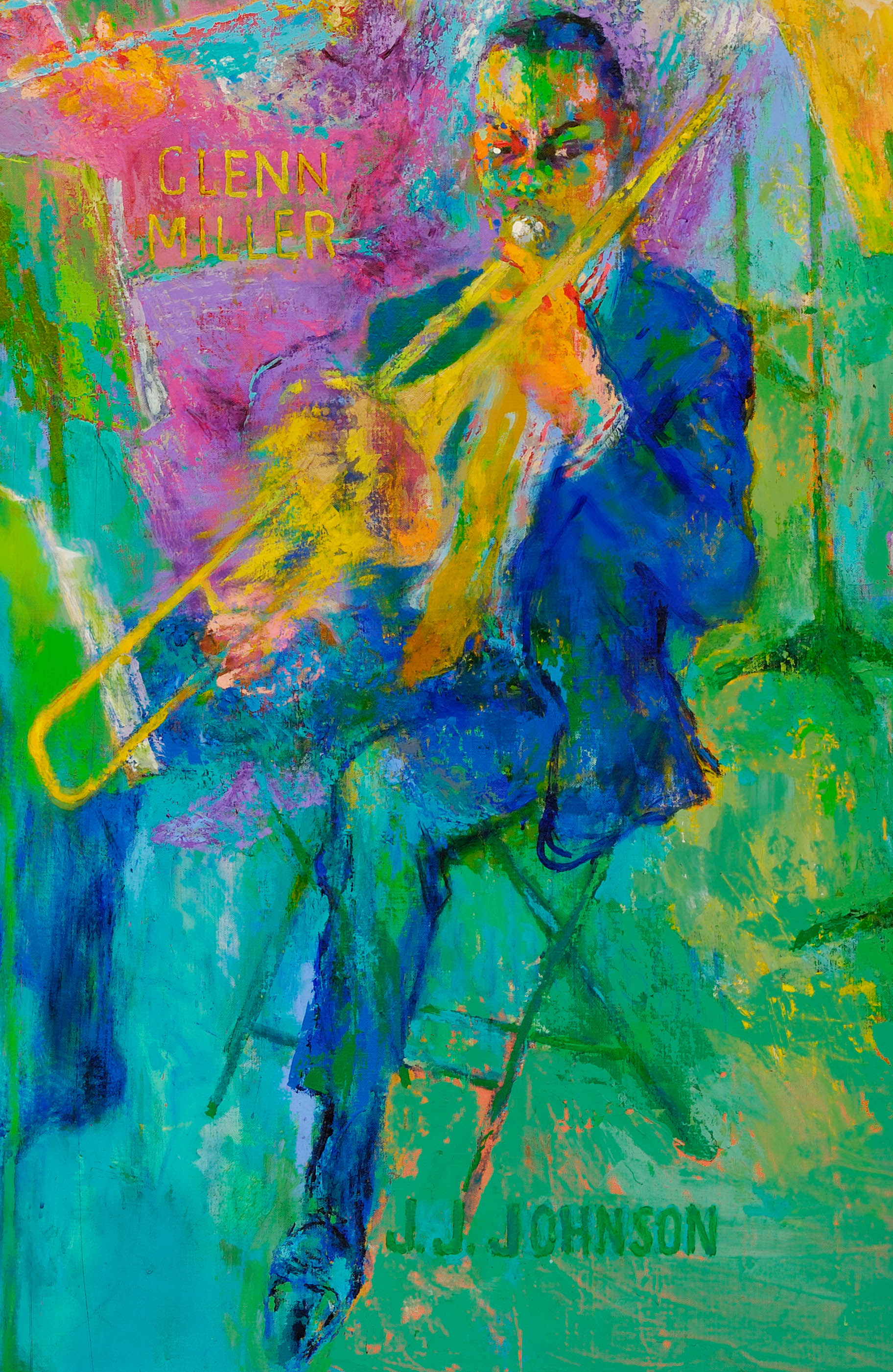 JJ Johnson
1. Johnson was born in 1924 and rose to fame as a jazz trombonist.
2. Talented in straddling many different forms of jazz, Johnson could seemingly tie together swing, bop, and blues in an effortless way.
3. While trombonists don't usually get the spotlight, Johnson was lauded by the jazz icons of the era. He regularly played with Charles Mingus, Horace Silver, and more. 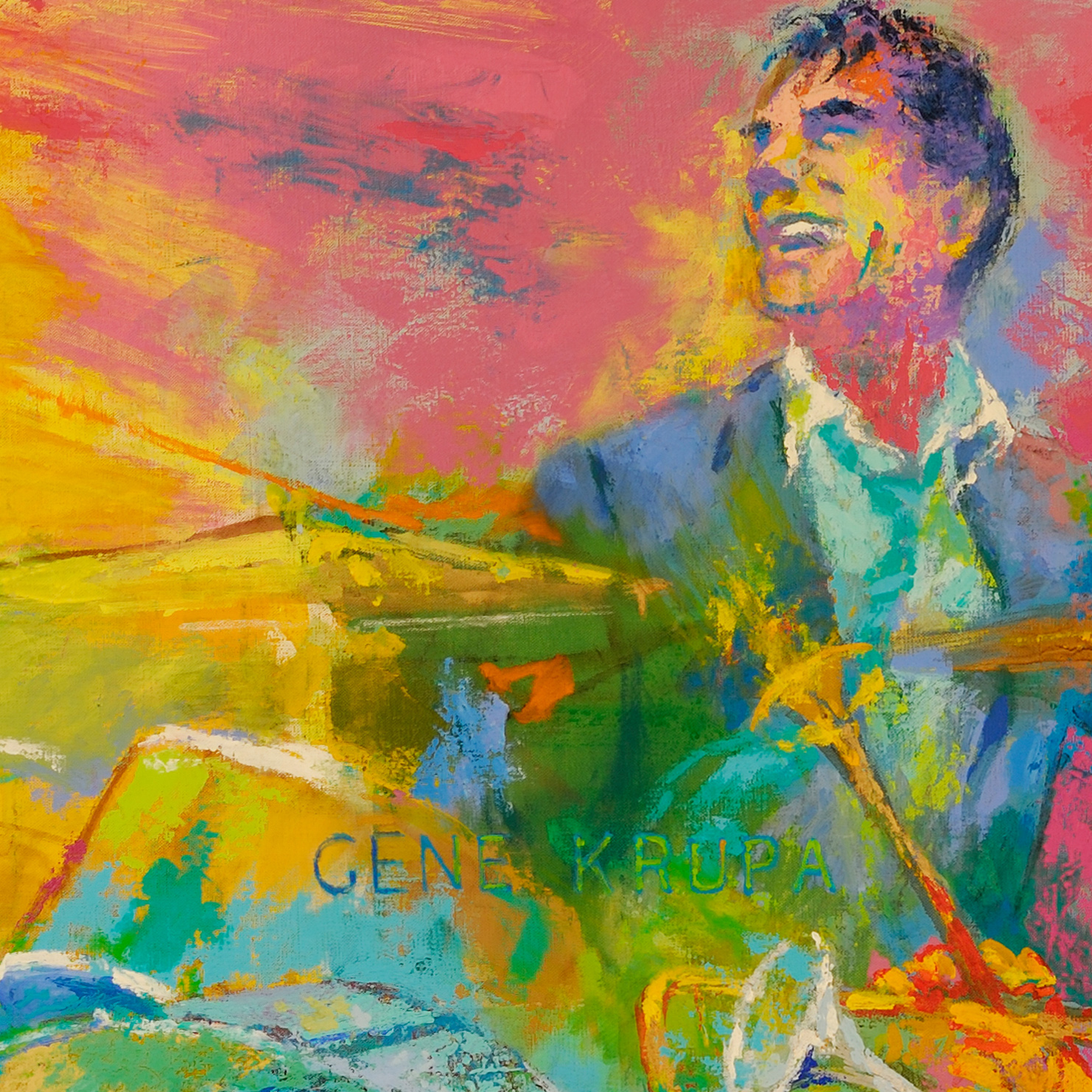 Gene Krupa
1. Born in 1909 in Chicago, Krupa was an energetic big band drummer.
2. He is largely recognized as the first all-star drummer —he transformed the role of the drums from a back-up instrument to a solo sound.
3. Perhaps the most identifiable of Krupa solos was his driving beat in "Sing Sing Sing"—which he played with Benny Goodman's band. 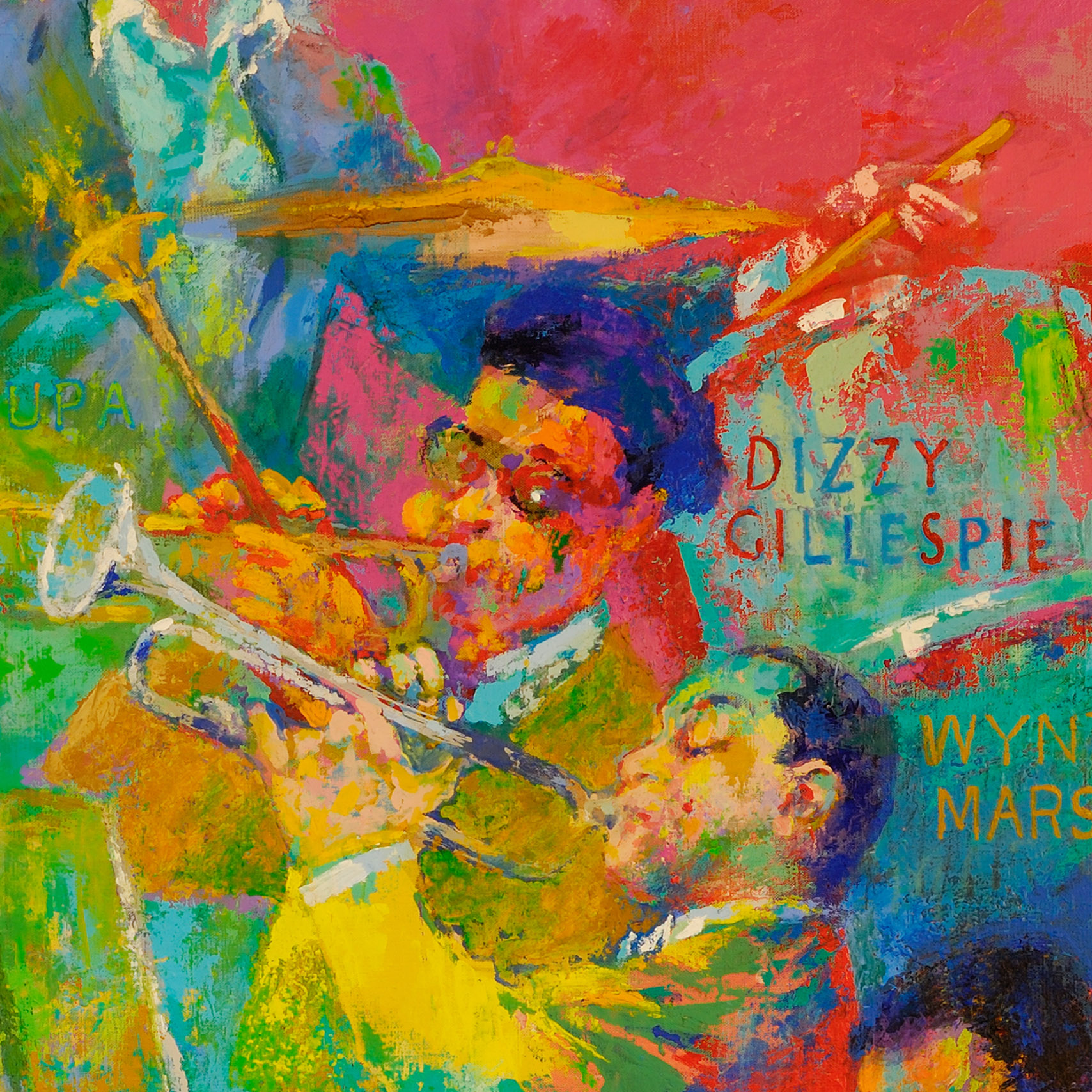 Dizzy Gillespie
1. John Birk "Dizzy" Gillespie was born in 1917 and was a trumpet player and bandleader.
2. Dizzy cut a memorable figure: he played on a signature bent trumpet and he could puff up his cheeks with significant amounts of air.
3. Dizzy came to fame during the swing era but he went on to found bebop—with Charlie Parker—and Afro-Cuban jazz with other pioneers of the time. 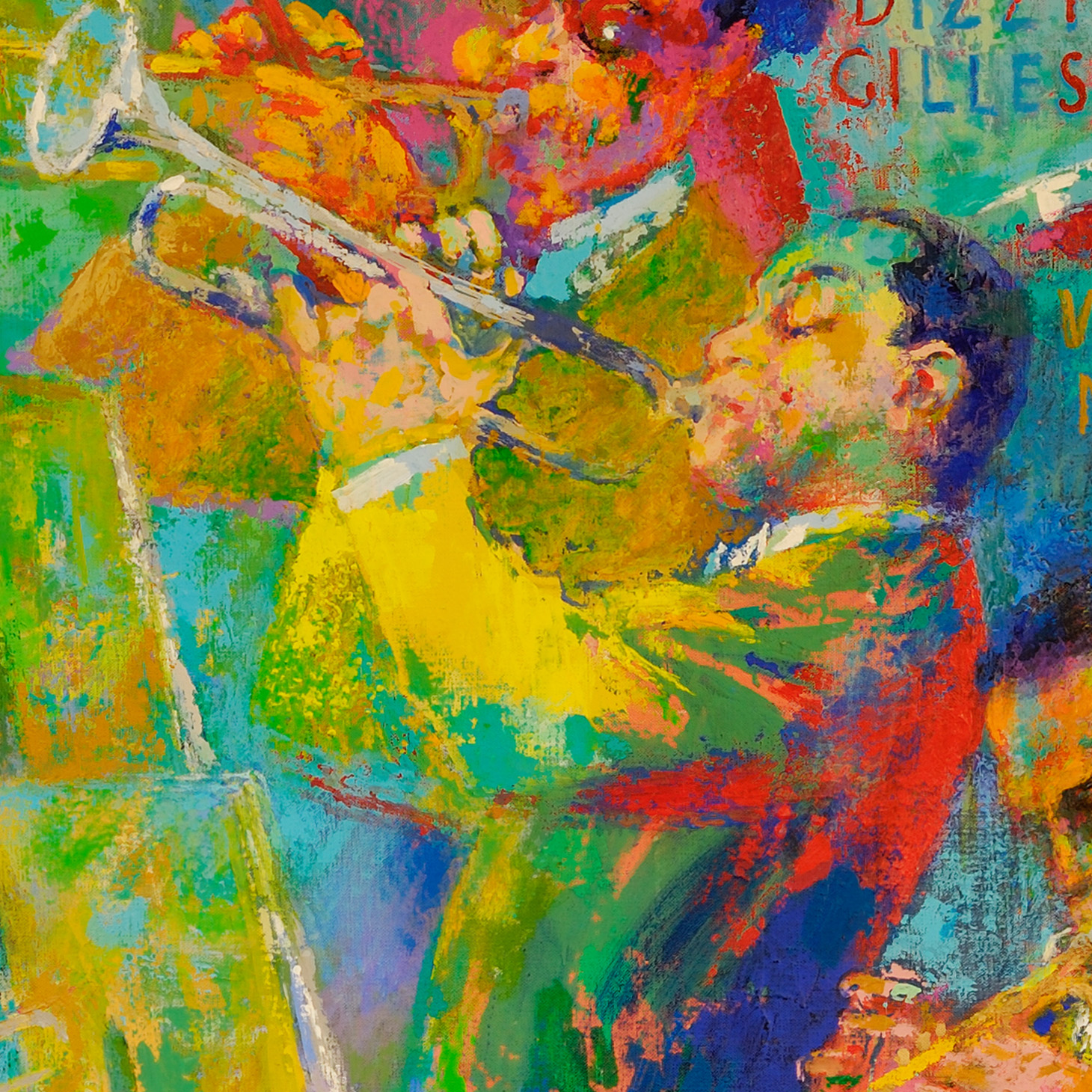 Wynton Marsalis
1. The youngest of the musicians in Big Band, Marsalis was born in 1961 and is a legendary contemporary jazz trumpet player and bandleader.
2. He comes from a jazz family —his father is the famous jazz pianist Ellis Marsalis and three of his four brothers are jazz musicians in the own right.
3. Famous at 18, he now leads the Jazz at Lincoln Center Orchestra and organization. 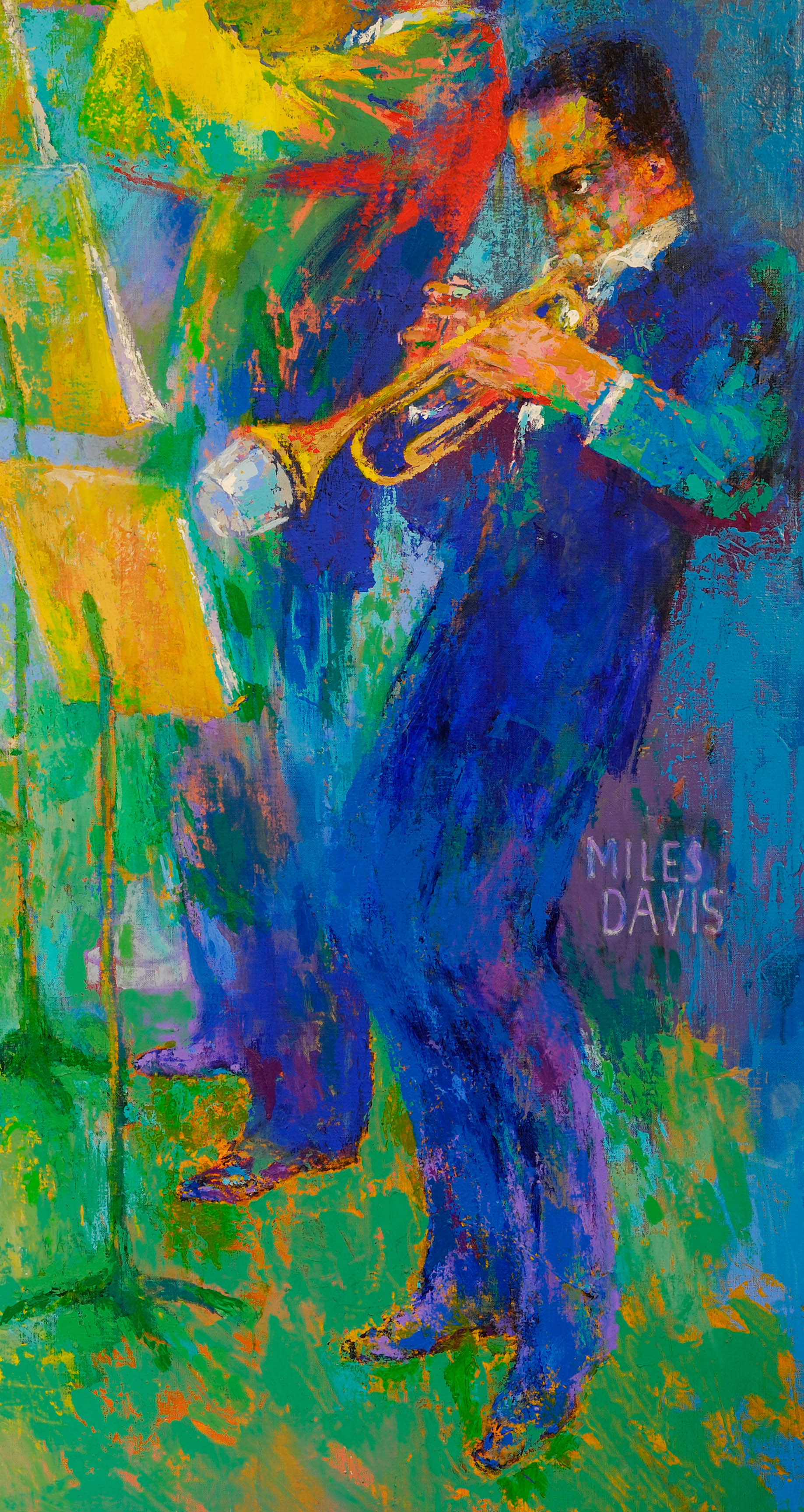 Miles Davis
1. Born in 1926, Davis was an inventive jazz trumpet player and bandleader.
2. Davis can't be tied to just one form of jazz as he actually helped pioneer cool jazz, hard-pop, and jazz-rock fusion.
3. His legendary album Kind of Blue, the best-selling jazz record of all time, captured an amazing moment in jazz history with jazz icons such as John Coltrane, Cannonball Adderley, Bill Evans, and Jimmy Cobb and set the tone for the future of jazz.