25 Years of Breakthroughs: A History of the Breast Cancer Research Foundation

How did the Breast Cancer Research Foundation grow from a conversation at Evelyn and Leonard Lauder’s kitchen table to the world’s largest private funder of metastatic breast cancer research?

How has it helped decrease breast cancer deaths by 40% since its founding in 1993?

Join Leonard A. Lauder, Dr. Larry Norton, and Amy Robach in a series of short talks on the history and impact of the Breast Cancer Research Foundation and its role in funding new research frontiers. In the Smithsonian’s 2019 Power of Giving symposium, Leonard A. Lauder speaks about his commitment to finding a cure, and the vision of his late wife, Evelyn, with whom he and Dr. Norton co-founded BCRF in 1993. Dr. Norton speaks about BCRF’s role in breast cancer research over the past 25 years, and highlights its support of the AURORA consortium focusing on the study of the molecular biology of metastatic breast cancer. Amy Robach closes the segment with a personal story of breast cancer survival, role as BCRF ambassador, and the importance of money in finding a cure. Abbe Raven introduces the segment. 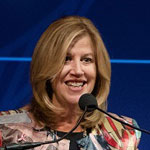 Abbe Raven
Chairman of the Board
National Museum of American History

ABBE RAVEN is acting chairman, A+E Networks, and a leading media executive known for building some of the most prominent cable networks—A+E, HISTORY, and LIFETIME. Raven began her career as a production assistant, rising through the ranks to become president, CEO, and the first chairman of A+E Networks—the award-winning multi-billion dollar global media company. During her tenure as CEO, the company’s revenues tripled, its global portfolio expanded, and HISTORY and A+E catapulted into the top five cable networks. She founded Raven Media Advisors which counsels companies and entrepreneurs. Raven was recognized as one of Fortune’s 50 Most Powerful Women in Business, The Hollywood Reporter’s top five Powerful Women in Entertainment, and inducted into the Broadcasting & Cable Hall of Fame. Raven serves as chairman of the board of the Smithsonian’s National Museum of American History and on the boards of the Breast Cancer Research Foundation, PENCIL, and the International Academy of Television Arts & Sciences. 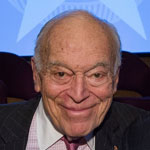 LEONARD A. LAUDER is chairman emeritus of The Estée Lauder Companies Inc. He formally joined the company in 1958, serving as president from 1972 to 1995, CEO from 1982 to 1991, and chairman from 1995 to 2009. He is emeritus trustee of the University of Pennsylvania and a founding member of the Board of Governors of its Lauder Institute of Management and International Studies. He became a trustee of the Whitney Museum in 1977 and currently serves as its chairman emeritus. He is co-founder and co-chairman of the Alzheimer’s Drug Discovery Foundation; honorary chairman of the Breast Cancer Research Foundation Board of Directors; a member of the Council on Foreign Relations; and chairman emeritus and lifetime trustee of the board of directors of the Aspen Institute. Lauder was married to Evelyn H. Lauder from 1959 until she passed away in 2011. They had two sons together, and five grandchildren. Lauder married Judy Glickman Lauder in 2015. 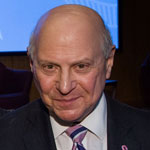 LARRY NORTON, MD, is the Norna S. Sarofim Chair of Clinical Oncology at Memorial Sloan Kettering Cancer Center, medical director of the Evelyn H. Lauder Breast Center, and professor of medicine at Weill-Cornell Medical College. He is a founder of the Breast Cancer Research Foundation and co-scientific director. Norton has served as president of the American Society of Clinical Oncology and chaired committees or been on the boards of the National Cancer Institute, National Institutes of Health, and the Institute of Medicine of the National Academy of Sciences. Norton’s research is broad, but he is best known for mathematical modeling in therapeutic development. He co-invented the Norton-Simon Model of cancer growth, which has broadly influenced cancer therapy, and the self-seeding concept of cancer metastasis and growth. He is the principal investigator of an NCI Program Project Grant in Models of Human Breast Cancer and an author of more than 350 published articles and book chapters. 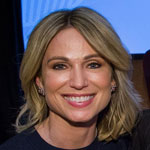 AMY ROBACH is the co-anchor of 20/20 and reports for Good Morning America and across ABC News platforms. Since joining ABC, Robach has traveled nationally and internationally to cover major news events. She reported on the terrorist attacks in Manchester and in Brussels, traveled to Iceland to report on the front lines of climate change, anchored Olympic coverage of the 2018 Winter Games, and climbed Mount Kilimanjaro for her five-year cancerversary. Additionally, Robach has interviewed countless newsmakers and celebrities including Tonya Harding in a two-hour special, Gretchen Carlson on sexual harassment in the workplace, Monica Lewinsky’s first network interview in over a decade, and Cam Underwood’s first television interview after receiving a face transplant. Before joining ABC, Robach worked at NBC News from 2003 to 2012. She also worked as a correspondent for WTTG TV in Washington, D.C., and WCBD TV in Charleston.