How is philanthropy accelerating breakthroughs in Alzheimer’s disease, schizophrenia, and bipolar disorder? Is this moment in brain health research analogous to where cancer was a few decades ago?

Join philanthropist Dagmar Dolby, Dr. Howard Fillit of the Alzheimer’s Drug Discovery Foundation, and geneticist Steve McCarroll of the Broad Institute’s Stanley Center for Psychiatric Research, as they discuss their involvement in neuroscience research and why philanthropy’s ability to take risks and fund early-stage research and drug development is so critical to progress in the field. This panel from the Smithsonian’s 2019 Power of Giving symposium, moderated by Valerie Conn of the Science Philanthropy Alliance, discusses the intersection of philanthropy, government, investors, and pharma in neuroscience research. 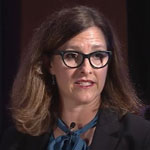 VALERIE CONN is executive director of the Science Philanthropy Alliance. She brings over 25 years of experience working with philanthropists, foundations, and corporations to fund science, medicine, engineering, and education initiatives. Conn joined the Science Philanthropy Alliance in 2015 to help create strategy to advise philanthropists on how to effectively support basic science research. Prior to this position, she was vice president of strategy for the B612 Foundation (2014–2015) and served as a development officer at the University of Chicago (2004–2013), where Conn led teams in the physical sciences division and university strategic initiatives. She began her career at the Illinois Institute of Technology in 1989, after which she led a campaign for medical research at Children’s Memorial Hospital (now Lurie Children’s) in Chicago (1999–2003). 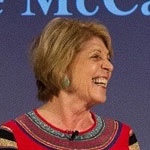 DAGMAR DOLBY is president of the Ray and Dagmar Dolby Family Fund. She is a signatory of the Giving Pledge, an extension of the commitment she and her late husband, Ray Dolby, made many years ago to give the majority of their wealth to charitable causes. In their philanthropy, she and her sons Tom and David have chosen areas that are not typically at the top of charitable giving lists: support for reproductive rights, stem cell research, and brain health research, with a focus on mood disorders and Alzheimer’s disease. At the University of California San Francisco, the Dolby Family has given funds to establish the Dolby Family Center for Mood Disorders in its Department of Psychiatry, part of the Weill Institute for Neuroscience. Dolby also is a key funder of the Alzheimer’s Drug Discovery Foundation’s Alzheimer’s Diagnostics Accelerator, has been a regular funder of many of the Alzheimer’s Association initiatives, and with the help of neurologist Dr. Catherine Madison founded the Ray Dolby Brain Health Center in San Francisco. 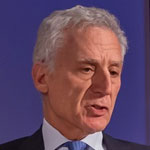 HOWARD FILLIT, MD, is founding executive director and chief science officer of the Alzheimer’s Drug Discovery Foundation (ADDF), and an internationally recognized geriatrician, neuroscientist, and expert in Alzheimer’s disease. Fillit has had a distinguished academic medicine career and is currently a clinical professor of geriatric medicine and palliative care, medicine, and neurosciences at The Icahn School of Medicine at Mount Sinai in New York. He has authored or co-authored more than 300 scientific and clinical publications, and is the senior editor of Brocklehurst’s Textbook of Geriatric Medicine and Gerontology. Fillit has received numerous awards and honors including the Rita Hayworth Award from the Alzheimer’s Association. He is a fellow of the American Geriatrics Society, the American College of Physicians, the Gerontological Society of America, and the New York Academy of Medicine. 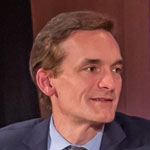 STEVE MCCARROLL, PhD, is Harvard Medical School’s Dorothy and Milton Flier Professor of Genetics, and part of the scientific leadership of the Broad Institute’s Stanley Center for Psychiatric Research. McCarroll and the scientists in his lab work to understand how genes and cells make the human brain work, and why the human brain is vulnerable to specific disorders such as schizophrenia, bipolar disorder, and neurodegenerative disease. McCarroll’s lab invented, and freely shared, now widely used technology (“Drop-seq”) for analyzing gene expression in tens of thousands of individual cells at the same time. His lab also discovered how genes create the human genome’s largest common risk factor for schizophrenia, a discovery (involving “complement” genes and potentially synaptic pruning) that was described in The Atlantic and The New York Times.