While installing a new exhibition called Really BIG Money, we—collections manager Jennifer and mount maker Laura—faced a number of challenges, mainly mounting really big objects. One of the trickiest tasks we faced was mounting 165 coins together to form a gigantic Roman coin, complete with the head of a Roman emperor.

Before we dive into that challenge, here’s the context: Really BIG Money is a new exhibition featuring monetary objects from the National Numismatic Collection that was written and designed with elementary-aged visitors in mind. Collections managers and mount makers are a key part of bringing exhibitions like this one to life. Collections managers care for the objects in a variety of ways, including cataloging and safely handling them. Mount makers create the structures that safely hold objects while they are on display. Creating a giant coin out of coins requires both of these skill sets—and a lot of patience.

With that covered, let’s get back to these 165 Roman coins and what they have to do with being really big. The coins we worked with were selected by the exhibition’s curators to represent money that is “big” in quantity, rather than size or denomination. These coins are just a portion of a hoard of 563 coins from ancient Rome. Roman emperors were some of the first people to put their faces on coins; it was an important tool to show people who was in power. To engage young visitors, the exhibition team decided to display the coins in an innovative way, arranging them so they formed one—you guessed it!—really big coin.  We were excited to take on this challenge, knowing that we would need to spend hours preparing, carefully maintaining accurate records, and safely handling and mounting the objects.

The coins in this group represent 10 different rulers and are roughly 1,700 years old. Many of them look similar, but each coin is unique because they were hand struck and have experienced varying amounts of wear over time. The coins are not physically marked with a museum catalog number, but they each have a number that is recorded on their storage box and in the museum’s database. Making sure that these catalog numbers remained linked to the correct coins was one of our most important jobs. To an expert in coins and medals, it might be simple to read the text on the coins, find the mint mark, and distinguish these very similar coins from each other. However, in our process of mounting and tracking, we had to think carefully about the deinstallation process. We had to assume that someone with no numismatic experience could be the person who takes these objects off display and puts them back into storage. It may be unlikely that that would happen, but it is crucial to make the process as simple as possible and not rely on numismatic expertise. Just in case!

To prepare for this project, Jennifer cataloged each coin in the museum’s database, carefully noting its weight, diameter, thickness, place made (mint), and ruler depicted. She also photographed each object to capture its unique details. At the same time, Laura began the time-consuming process of making pin mounts with two pliers and a miniature belt sander.

Each of the 500 pins used in the display were bent at a right angle and then smoothed on the belt sander to eliminate hard edges (to protect the coin). The sanding also helps minimize the look of the pin, which is important in mount-making, as you are trying to hide the mount and emphasize the object. Each pin mount was primed with an acrylic White Primer paint, then a faux finish to match the patina of the coins—which helps to hide the pins’ mounts, so all you see are the coins! The faux finish is covered with several coats of clear Krylon acrylic spray paint to seal it all together and add a bit of padding.

The panel that the coins would be mounted on was prepared as well. The exhibition designer created an outline based on an actual coin, which was then printed on fabric. The fabric was carefully wrapped over a layer of Ethafoam and Medex to create a stable base on which to pin the coins. Finally we printed a full-size image of the outline to use as a map of the objects.

As Laura took a coin, one at a time, and pinned it to the board, Jennifer recorded the placement of the coin and the catalog number. We created a color-coded system where each ruler was a different color so it could be easily found on the map and then on the board itself. Laura began to mount the coins in the center of the silhouette of the coin head, drawing on her past experience with mosaic tile work! She mounted each coin with three pin mounts to secure it to the fabric-wrapped substrate. When the silhouette was completed, she began to add coins around the perimeter.

This silent time-lapse video shows how the team carefully mounted all 165 coins on the display.

We completed mounting these objects in about one and a half days. The hours we had spent preparing saved us time during the mounting process. Teamwork and constant communication were important to the success of the project. Here is the final product!

We’re excited to welcome visitors to the museum to see these and the many other objects in Really BIG Money!

Jennifer Gloede is the collections manager of the National Numismatic Collection in the Division of Work and Industry. Laura McClure is the museum mount maker and intellectual property rights coach.

Posted in Numismatics, Behind the Scenes, From the Collections, Kids & Museums, Conservation 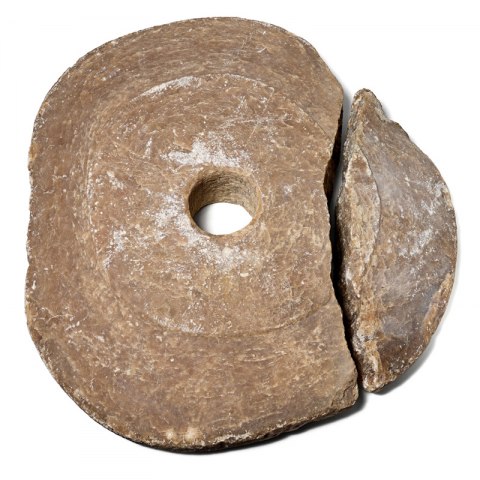 What can really BIG money teach us about our world?
Long feathers that shimmer in the light. A formidably heavy stone ring. An iron blade taller than most children. A hoard of ancient coins... 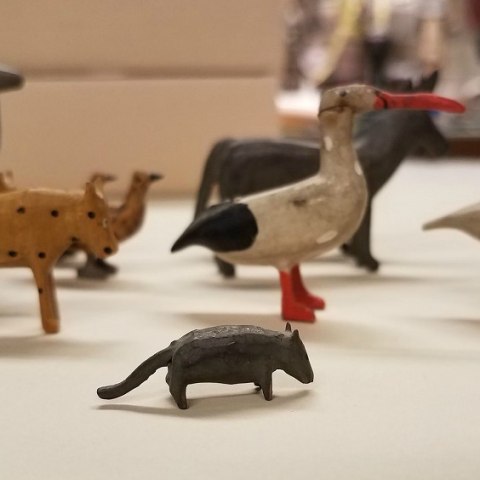 A single rat, a mischievous cat, and a very special mount for a tiny ark of animals
This is a story about toy boats, cats, a rat, religion, and mounts. What are mounts? It's ok, I get that question a lot. My job as...