A steampunk guide to the National Museum of American History

I’m a bad steampunk. I like pretty things with brass and wood, but I end up injuring myself when I try to build/sew/knit/glue things, with the end result usually only a mess. With the exceptions of berets, I don’t do hats very well even if I could afford them. Mostly, I like something because it’s pretty. And because ye-olde-timey moustaches kind of rock my socks, but that might be something entirely different.

If you don’t know what I’m on about, steampunk is something of a community built around an appreciation of the aesthetics of Victorian-era mechanical inventions and fantasy or speculative fiction influenced by 19th century scientific romances by the likes of Wells, Verne, and Twain. Yes, I do have friends. No, they’re not all on the Internet. No, they don’t all wear aviator goggles. Although, I wish they did; maybe that will be the price of admission for my next birthday party. In pop culture, steampunk is accessible through films like The League of Extraordinary Gentlemen, Van Helsing, and Wild Wild West.

The National Museum of American History doesn’t seem like the first place you would look for Victoriana, but delight in invention wasn’t limited to those across the pond. And, as the former National Museum of History and Technology, we have quite the range of attractive and inventive artifacts which I know will inspire my next daydream. I’ve compiled a list of my favorites around the museum, but we’d love to hear your thoughts. Inspiring creativity and invention, the real glue for the steampunk aesthete, is as much in our educational mission as teaching the War of 1812. 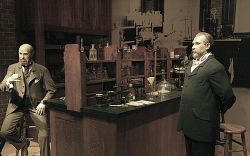 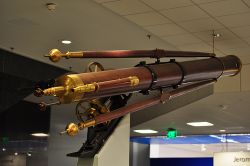 Our wee jaunt through the museum begins on the first floor center, where you’re faced with a choice: the John Bull locomotive or the Vassar telescope used by the first professional woman astronomer in America. I consider ad astra and all that an imperative, so continue past Maria Mitchell’s telescope to enter the Science & Innovation wing and the Science and American Life exhibition. Here you’ll find Ira Remsen’s laboratory at John Hopkins from the 1870s where he taught “pure science,” and Constantin Fahlberg discovered saccharine—the men fell out over the patent (oh, I do love the intrigue!). Fair warning though, the men are represented in models in the exhibit… and they talk. I find it strangely entertaining. 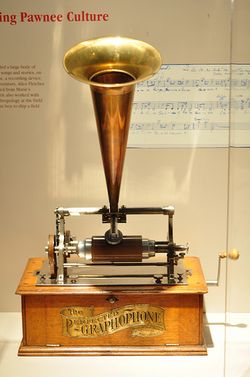 There is also an attractive graphophone just past the lab. I’m quite taken with it; forget storing my recordings in MP3, I’m scaling to wax cylinder.

Now, head back past the John Bull to enter Lighting A Revolution. The amount of gears, gadgets, and general mechanization in this collection of curiosities make it worth a promenade. Of note, the elevator cage, Westinghouse engines and, close to my heart, a Tesla motor.

Before charging onwards and upwards, look at the artifact walls: they often change as we rotate objects on and off-displays. Check with an Information Desk to find the stereoscopes cart, where volunteers with hand held viewing machines help you see photographs in three dimensions!

Finally, while we Americans have a historically touchy relationship with tea, it wouldn’t be a proper end to this outing without a cuppa. Dear readers, a challenge: find as many teapots as you can in the museum. If you’re stuck try looking for colonists, households, and ceremonies.