Do you like Chinese food? What is your favorite dish? Me, I love za jiang mein, it’s an eastern version of spaghetti with meat sauce. For ordering out, you can’t go wrong with ma po tofu and fried rice.

Whatever your preference, have you ever thought about the Chinese menu—the glossy volumes in restaurants or the pieces of paper littering apartment lobbies and kitchen drawers? I know I didn’t. Did you know that menu isn’t just a means to order food? It is also a historical timeline. How? Why? Well, the foods that you commonly find on today’s Chinese menu represent over a 150 years of different waves of immigrants, from different parts of China, each adding their own recipes. Well the ones that sold at least. It is an American immigration story wrapped up in duck sauce and crab rangoon. 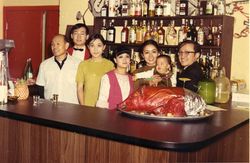 Full disclosure: I grew up in a Chinese restaurant. I was that kid you saw running around the tables and playing. I had access to some great things—pu pu platters for my birthdays, all the almond cookies I could eat, and when I was old enough I could use the Fry-A-Lator to make dinner. (You will not believe how fast things cook in boiling oil.) It was never something I really thought about. It was home. If you had told me then that my Chinese restaurant experience was the result of over a century of Chinese American stories, I would have told you that you were cuckoo and that I wasn’t supposed to talk to strangers. 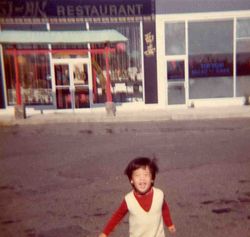 Now that I am all grown up, it is my job as a curator at the National Museum of American History to tell you these stories about the American experience, to increase awareness and understanding of Asian Pacific American (APA) history and culture. Join me as I begin a series of blog posts to document the creation of a small exhibition case on Chinese restaurants and food in America. Tell me your favorite Chinese restaurant experiences and dishes and I’ll tell you some of the stories behind them.

To kick-off this project and in celebration of APA Heritage Month, we will explore the mysteries of Chinese cuisine with Jennifer 8 Lee, author of The Fortune Cookie Chronicles: Adventures in the World of Chinese Food. The free program starts at 2:00pm, Saturday, May 8th. At the end of the program, Lee will be on hand to sign books. Throughout May, the Stars and Stripes Cafe will be serving APA related dishes. On May 8, the menu has a particularly savory line up. Come early and try them out. 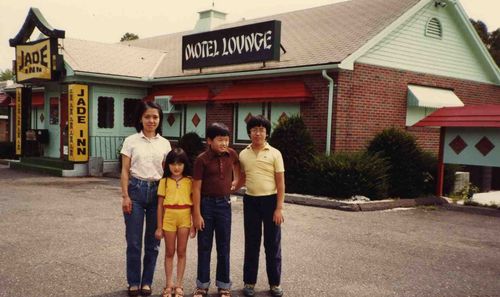 Cedric Yeh is Deputy Chair and Associate Curator in the Division of Armed Forces History at the National Museum of American History.