Will you marry me?

I’ll admit it. Working at the National Museum of American History has some pretty great benefits. I get to meet famous Civil Rights leaders, organize lectures with prominent historians and interact with visitors from all over the world. But until Saturday, I had never helped plot an engagement. 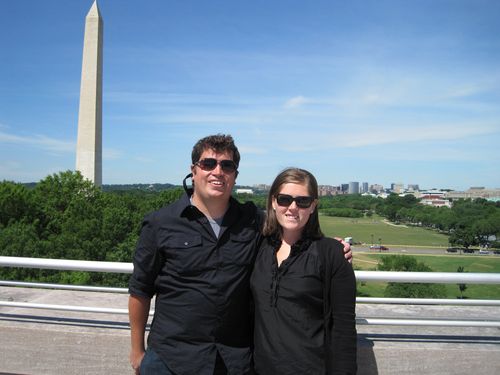 “We actually went to the concert in a museum,” said Jason. “It was in Boston at the Museum of Fine Arts as part of their summer concert series. I got to thinking that this [weekend] would be a great opportunity to propose, with the timing of the concert and all the museums in D.C.”

As a special events coordinator for the North Carolina lottery, Jason knows a thing or two about planning. A sentimental guy, Jason remembered the card he gave to Carlee not too long ago with “I love you” in typewriter print.

“She still has the card on the refrigerator. I know how much she loves it and also her love and appreciation for typewriters,” he said.

That gave him an idea: the two would be in D.C. for the concert—check. There are A LOT of museums in D.C.—check. Carlee loves typewriters—check. There is an Underwood typewriter at the National Museum of American History—check. But there was one problem: Jason worried going through security would foil his surprise. If the detectors went off, he would be forced to preemptively reveal his message, carefully crafted with typewriter keys inside a 1940s ribbon case. This was a risk he wasn’t willing to take. 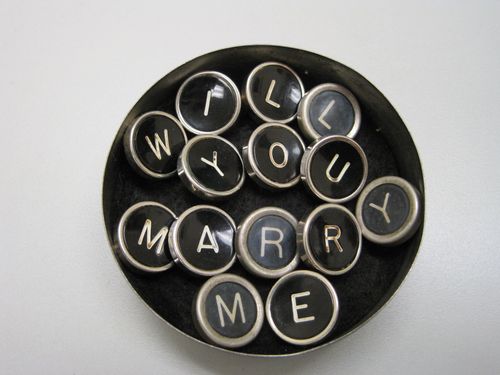 “I got in touch with the museum, because I didn’t want to have to worry about something going wrong. I thought, ‘If the detectors go off I’m going to be screwed.’”

Luckily, just last month, we conducted a special program to commemorate Abraham Lincoln, in which we selected a group of visitors each day to receive a special trip to the rooftop terrace of the museum and a signed copy of the book Abraham Lincoln: An Extraordinary Life. This was the catalyst for getting Jason and Carlee to the rooftop without being too obvious.

When asked if there was anything else in the museum they’d like to see, Jason chimed in about the typewriter and mentioned Carlee’s interest. And there it happened, in front of the Underwood typewriter housed in the exhibition The Price of Freedom: Americans at War. Jason got down on one knee, opened the lid of the typewriter ribbon case, and Carlee saw the message spelled out inside: “Will you marry me?” She said “yes,” and now Jason Meritt and Carlee Cox are happily engaged. 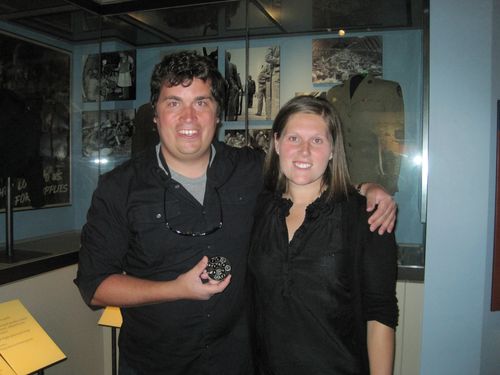 I get the chance to do a lot of cool things at the museum. But help planning an engagement? Well, that’s extra special.

Erin Nielsen is a floor manager at the National Museum of American History. Congrats to Jason and Carlee! You made my day!

Editor's note: Our neighbors over at the National Museum of Natural History are no strangers to marriage proposals either. One took place in the Butterfly Pavilion. Another happened in their forensic anthropology lab in the Written in Bone exhibition; the proposal  was written on a slide to be read through one of the lab’s microscopes. Do you have any other stories of romantic gestures made inside Smithsonian museums?