Los Angeles. The Entertainment Capital of the World. What better place could there be for a presentation on the Smithsonian’s comedy collection?

On May 25, Vin and Erica Di Bona hosted a cocktail party at their Los Angeles home to showcase the comedy collection to an audience of their friends, local Smithsonian supporters, and even a few Hollywood actors. As Executive Producer and Creator of America’s Funniest Home Videos, Vin knows a thing or two about comedy. Several objects from his long-running show were donated to the museum last year, and this event gave National Museum of American History Director Brent Glass an opportunity to thank Vin for that gift as well as for his support of the Smithsonian Council for American History. 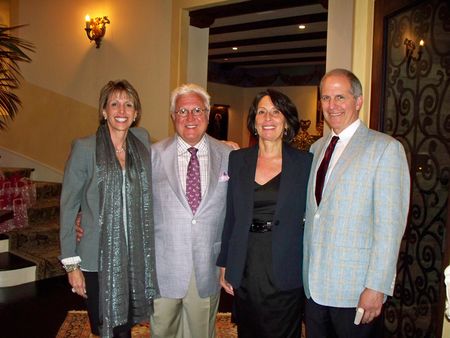 After cocktails and hors d’oeuvres, curator Dwight Bowers spoke on the topic of “Making America Laugh: Comedy at the Smithsonian,” and introduced our 50 special guests to the treasures of the collection. Some of these objects make me laugh just thinking about them: Phyllis Diller’s joke file and wig, Archie Bunker’s chair from All in the Family, and the puffy shirt from Seinfeld. These iconic artifacts remind all of us that American history is also about the stuff of everyday life, including the comedians, performers, and television shows that bring us together as Americans sharing one big laugh.

Learn more about the Council and how you can be a part of future special events that highlight our extraordinary and sometimes hilarious collections.