Singer/composer Abbey Lincoln drew strength from emancipation–her own and the liberation of others fighting for social justice. When she passed away August 14, in New York City, the world acknowledged her artistry and her activism, most notably the seminal, civil rights jazz opus We Insist! Freedom Now Suite performed with former husband, jazz drummer Max Roach. 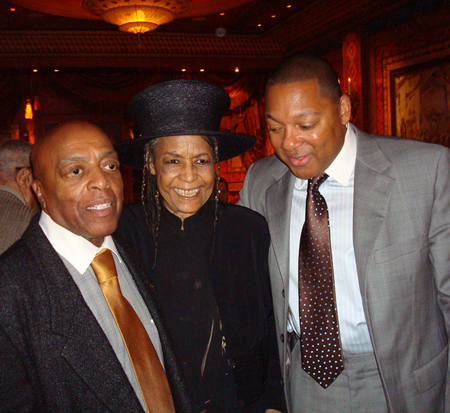 “There’s no such thing as jazz, there’s only a song.” Ms. Lincoln made this declaration during a 1996 Jazz Oral History conducted by the Smithsonian Institution, and it was featured in a National Endowment for the Arts (NEA) Jazz Masters Moments radio segment. She’d grown up during an era when music was freer, unencumbered by rigid musical categories. “There was space for all forms,” she said, allowing a singer/storyteller to unleash an original instrument. 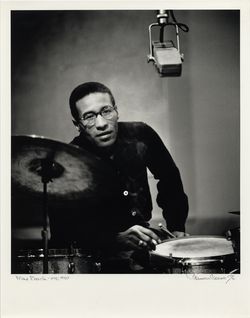 Jazz musician Max Roach, New York City, 1950.Herman Leonard Photographic Collection, Archives Center, National Museum of American History. Mr. Leonard was a legendary jazz photographer who died at age 87, on August 14, the same day Abbey Lincoln passed. He was a featured guest at the museum’s 2006 Jazz Appreciation Month Launch where he also toured the Archives Center which preserves an oral history of him and more than 150 of his jazz photos.

In 1972, the Smithsonian’s National Museum of American History initiated the Jazz Oral History Project with NEA funding and has continued to build external partnerships to capture and preserve this invaluable cultural history for the public. The need for an oral history program at the Smithsonian grew out of the recognition that a fleeting opportunity exists to record and document the knowledge and recollections of the generation of musicians who created the music we know as jazz. The museum’s Archives Center currently maintains more than 200 jazz oral histories developed with support from NEA, the Lila Wallace-Reader’s Digest Fund, and the Ella Fitzgerald Charitable Foundation. In 2006, the NEA partnered with the museum to create the NEA “Jazz Masters” Oral History Program, an initiative that has resulted in 26 jazz oral histories, including the one with Abbey Lincoln. Scores of NEA Jazz Masters have yet to have their personal stories captured and disseminated free-of-charge for use by researchers, teachers, and the interested public for generations to come.

Jazz and a hardscrabble life of rural poverty informed Abbey Lincoln’s creative voice and even influenced the unique stage name given to her by her friend and manager, lyricist Bob Russell. (The name was created by symbolically joining Westminster Abbey and Abraham Lincoln.)

Born Anna Marie Wooldridge in Chicago, August 6, 1930, Abbey Lincoln was the tenth of 12 children raised in rural Michigan during the Depression. It was an era when jazz was America’s popular music, Jim Crow segregation was the law of the land, and her family lived on wild rabbit provided by neighbors who were hunters.

She told the Smithsonian that hearing early jazz recordings from artists like Coleman Hawkins, Frank Sinatra, Sarah Vaughn, and vocalist Billie Holiday transformed her life. And from those musical beginnings and the nurturing by jazz artists she developed her signature as a singer and a composer. 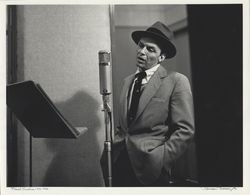 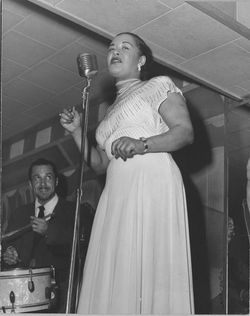 Ms. Lincoln also enjoyed critical acclaim in Hollywood. In 1956 she appeared in a Jayne Mansfield comedy, The Girl Can’t Help It, gaining notoriety by appearing in a dress worn by Marilyn Monroe in Gentlemen Prefer Blondes. She co-starred with Sidney Poitier and Beau Bridges in For Love of Ivy, and played the mother of the young Bleek Gilliam in Spike Lee’s jazz film Mo’ Better Blues. But the film role that melded Ms. Lincoln’s star power with her civil rights activism was the 1964 independent film Nothing But a Man, where she appeared as the long-suffering wife of Ivan Dixon, a Southern black man fighting for self-respect and human dignity. The film was deemed “culturally significant” by the Library of Congress and selected for preservation in the United States National Film Registry.

Credit: Audio clips used with permission from NEA Jazz Moments which was created with archival material from the Jazz Masters Oral Histories Program Collection (Archives Center, National Museum of American History) in partnership with the National Endowment for the Arts.

More about the Jazz Oral History Program
In 1980, the Institute of Jazz Studies at Rutgers University in Newark, New Jersey, became the administrator and repository of the 122 taped and transcribed interviews collected before the initial NEAsupport for the project ended in 1984.

In 1992, a new collaboration reactivated the project and expanded its scope as the Jazz Oral History Program. The Lila Wallace-Reader’s Digest Fund awarded a grant to the Smithsonian Institution to create “America’s Jazz Heritage, A Partnership of the Lila Wallace-Reader’s Digest Fund and the Smithsonian Institution.” This partnership supported a ten-year national jazz celebration that ended in 2002 and included the touring exhibitions Louis Armstrong – A Cultural legacy, Latin Jazz- La Combinacion Perfecta, Jazz Age in Paris, and Beyond Category – The Musical Genius of Duke Ellington as well as performances, educational programs, recordings, special events, publications, radio programs, and the Jazz Oral History Program, located at the National Museum of American History.

The Jazz Oral History Program also collects interviews with other performance artists, relatives, and business associates. Their accounts, which both corroborate and conflict with those of the musicians, are integral to a history that remains primarily an oral tradition. The insights gained from the ideas, aspirations, lives, and times shared in these stories are invaluable to the establishment of a comprehensive permanent record of American musical and cultural history.