Remembering life on the Day of the Dead

My first job after college was teaching elementary students at a bilingual school in Mexico City. While the majority of our students were Mexican, the school included children from the U.S., Korea, England, Peru, and more; in an effort to help the students understand and appreciate each other’s cultures we had many plays, presentations, and celebrations over the course of the year. So, I looked forward to my school’s program for the Day of the Dead, a holiday I found especially fascinating. 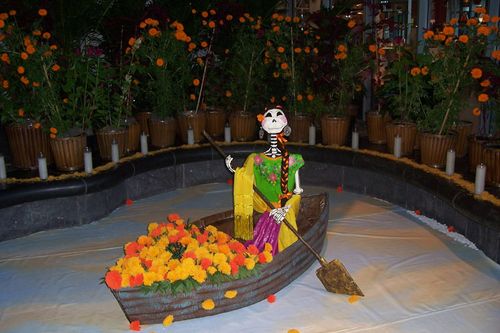 The Day of the Dead is celebrated throughout Mexico and Central America on November 1 & 2 as a time to remember and honor loved ones who have passed away. When I lived in Mexico, in the days leading up to the holiday I wandered the city and marveled at the many ofrendas that had been erected here and there, including dozens displayed in the Zócalo, Mexico City’s massive central square. Ofrendas are altars that include objects that represent the person being memorialized, but also include traditional items like pan de muerto (bread of the dead) or marigolds (an Aztec symbol of death, whose scent is thought to draw spirits back to earth). The Day of the Dead is also recognized by holding vigils at family gravesites. To me, it is a beautiful celebration. 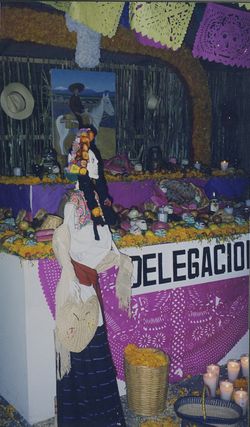 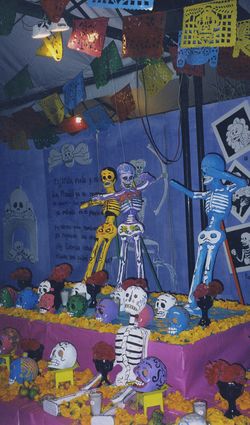 Altars in the Zócalo in Mexico City, 2002

However, as may be the case in many international schools like mine given the timing and nature of the holidays, the Halloween party and Day of the Dead celebration converged and in the end I was sad to see some of the messages of the latter lost along the way. On Halloween, the cemetery is a place to be feared and avoided, even though each plot represents one person who was loved enough in life to be laid carefully to rest at death. On the Day of the Dead, families and friends remember the dead fondly by telling stories from the person’s life around the ofrenda, and the cemetery is a gathering place, the space where people come to be close to the spirit of their loved ones.

Teaching the traditions of the Day of the Dead builds cultural awareness among some students and celebrates the cultural heritage of others. But it can also do more. While we may teach the cycle of life and death in the animal or plant world in elementary science classes, confronting our own mortality or that of loved ones is one of humankind’s greatest struggles. The messages we send about death in celebrations like these can have an impact on young people, and the Day of the Dead offers a chance to remember that death is a part of life.

You can learn more about the Day of the Dead at celebrations here in the U.S., including an annual event at the Smithsonian’s National Museum of the American Indian. For teachers and students, the Smithsonian has a number of online resources including this Day of the Dead website from the Smithsonian Latino Center, which features an activity in which students can make their own ofrendas. Or, see this example of the gravesite vigils from the museum and use the related background information to start a discussion not just on the traditions of the Day of the Dead, but also the political quality some altars have taken on in modern times. Please share with us how you mark the holiday or approach it in your class by leaving a comment on this post.

Naomi Coquillon is an education specialist in the Department of Education and Interpretation at the National Museum of American History.