COBOL, a COmmon Business-Oriented Language, was proposed by a committee of programmers from business and government in 1959 and successfully demonstrated in 1960, 50 years ago. The National Museum of American History has just launched a website relating to the early days of COBOL, and a related exhibit case opens this spring. 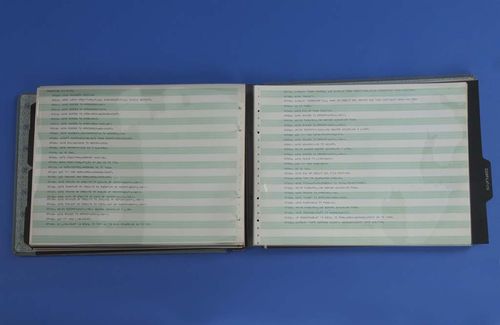 Printout from the COBOL test programs run December 6, 1960 at RCA.

Officially, the reason for paying attention to COBOL is that it was one of the first computer programming languages to run on more than one brand of computer. The test programs not only ran at RCA, but on a computer of another manufacturer of the time, Remington Rand Univac. COBOL came to be widely used in banking, government and industry. It featured commands written to resemble ordinary English, rather than the lines of machine code that made up many earlier programs. 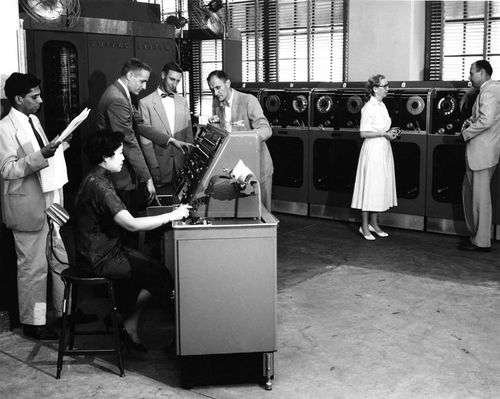 Programmers at the Console of a UNIVAC I, with Unityper and Tape Drives

Unofficially, the reason for this display is COBOL programmer and former Smithsonian volunteer Joan Nichols. As a student, Ms. Nichols had never heard of programming. After graduating from Indiana University in 1952, she took a job as a file clerk at National Supply Company in Pittsburgh. She rose steadily through the clerical ranks and then heard that the company was giving selected employees aptitude tests for a new kind of job. She persuaded her boss to let her take the tests, did well, and soon was learning how to program an IBM computer. It was immense fun for Ms. Nichols. She moved on to Mellon Bank, learned COBOL when it came out, and then went on to work for the federal government. 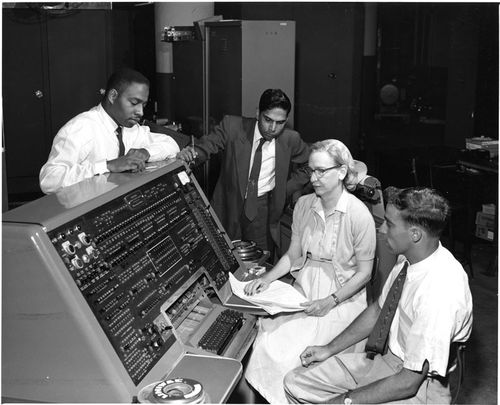 Programmers at the Console of a UNIVAC I

The committee that wrote COBOL was told to get a language running quickly.  Other groups were supposed to write business-oriented languages for the long haul.  In fact, Ms. Nichols and other programmers used COBOL for decades.  After forty years of programming, she retired and offered to help out at the museum. She cheerfully prepared a listing of many computer-related documents, including the test program shown in the first photograph. Because of her work, we knew that the museum had strong holdings relating to COBOL and could find them easily.

Joan Nichols has now left the Washington, DC, area. However, as with many who have contributed countless hours to the Smithsonian over the years, her legacy endures.

Peggy A. Kidwell is Curator of Mathematics at the National Museum of American History