Athletes score the Medal of Freedom

On February 15, President Obama honored 15 individuals with the Medal of Freedom. The award is the nation’s highest civilian honor, bestowed on those who have made an exceptional contribution to the security or national interests of the United States, world peace, cultural or other significant public or private endeavors. Among those awarded medals were two professional athletes, St. Louis Cardinal first baseman Stan “The Man” Musial, and Boston Celtic center Bill Russell. 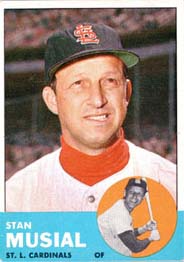 Stan Musial (b. 1920) played for the Cardinals from 1941 to 1963, finishing his career with an amazing .331 batting average. He won three MVP trophies and led the Cards to three world championships. The National Museum of American History has the bat with which Musial collected his 3,000th hit (on May 13, 1958). The extraordinarily consistent batter retired with 3,630 hits, fourth most in baseball history. Musial, considered one of the sport’s most courteous and generous stars, has maintained close ties to the St. Louis community and has been involved in numerous philanthropic and goodwill efforts. President Obama said of Musial, “Stan remains to this day, an icon, untarnished, a beloved pillar of the community, a gentleman you’d want your kids to emulate.”

Bill Russell (b. 1934) led the Boston Celtics to an unprecedented 11 titles during his 13-year career (1957-1969). An exceptional shot blocker and rebounder, the 6"9’ center won five MVP awards and is considered one of the sport’s all-time great defensive players. The Smithsonian, which awarded Russell its Smithson Medal in 2005, has in its collections the ball in which he collected his 10,000th rebound. The tenacious athlete finished with 21,260 boards, second most in NBA history. Russell, whose playing days were often plagued by racism, was an active voice during the nation’s civil rights movement. President Obama remarked, “He (Russell) endured insults and vandalism, but he kept on focusing on making the teammates who he loved better players, and made possible the success of so many who would follow.” 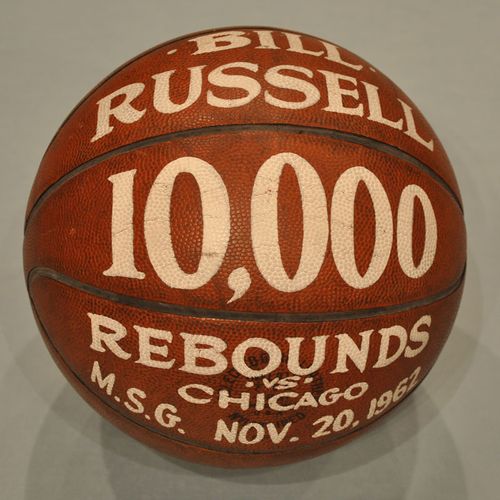 What other professional athletes do you think have made an exceptional impact on America?

Eric W. Jentsch is the Deputy Chair for the Division of Culture & the Arts at the National Museum of American History