September 11: A story told in pixels

David Allison’s recent blog post explaining the upcoming commemoration ends with the question, “How did September 11 change your life?” As a professional, it sent me off into a new collecting area. Just as the Civil War was the first major event documented by the new medium of photography, September 11 was extensively covered digitally. Here in the Photographic History collection, gathering images for the museum and Bearing Witness to History (the museum’s first anniversary exhibition displayed in 2002), we quickly learned that September 11 was also a story about the history of digital photography. 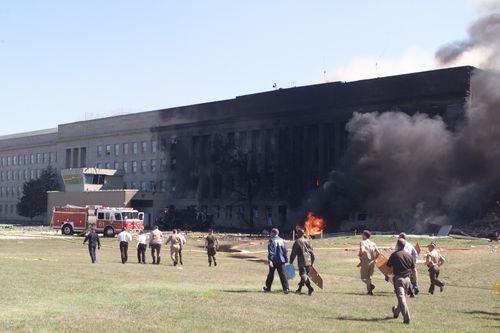 When my colleague Michelle Delaney and I began making choices about which photos to acquire for the museum, we selected works that were within the scope of our general collecting strategy. The Photographic History Collection —the first collection of photography in a U.S. museum—preserves the art, technology, and history of photography through images and apparatus. Michelle and I had studied technological transitions in photography from previous eras, and it became clear that we were in the midst of another. The shared global experience of the immediacy and intensity of that horrific day was largely due to the use of digital technology by amateurs and professionals. We didn’t have to wait to process film and dry prints.

The digital photographs that Reuters photographer Tim Shaffer made were transmitted back to his office via his cell phone; it’s common practice now to use your cell phone to both make and send photographs, but that wasn’t the case in 2001. Michael Garcia had access to quality technology and a prime location taking nearly a thousand digital photographs of the Pentagon; that’s hardly a drop of data on your portable USB drive now. Here is New York, a gallery of actual images that later became a website, demonstrated what would happen now via Flickr or some other social media site that allows thousands of individuals to contribute, view, and share images. 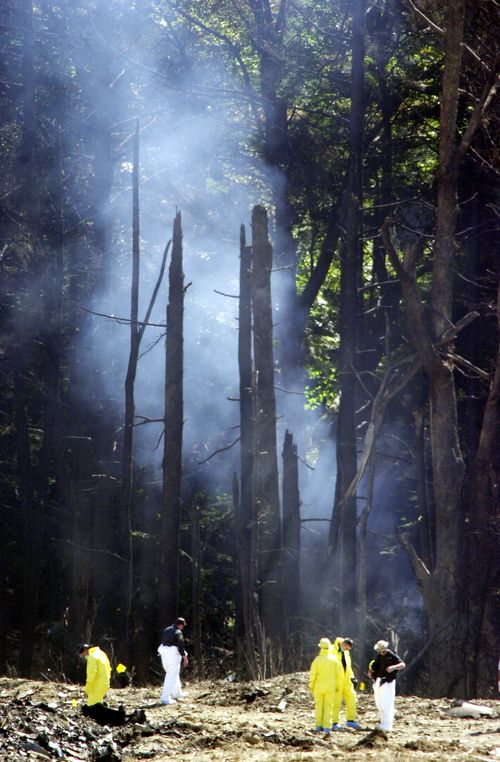 Since then, I’ve been collecting the history of digital photography including Nash Edition’s IRIS printer, five years worth of holiday cards and newsletters showing improved quality and increased use of amateur digital photography, a digital darkroom and works by John Paul Caponigro, and a number of other cameras and digitally produced images.

Our intense collecting efforts on the subject over the course of the two years following September 11 ultimately covered a lot of ground and, in fact, the collecting still continues as you will see in the forthcoming Smithsonian Channel documentary about the museum’s collecting effort, 9/11: Stories in Fragments, airing September 5, 2011. The photographs in the museum, both digital and conventional, do represent the sorrow, the horror, the tragedy, the destruction, the patriotism, and the hope of that particular moment in time. But to answer David’s question, for the long haul, September 11 revealed to the Photographic History Collection staff the state and significance of digital photography in 2001.