From ancient Egypt to Tiffany vases: A tour of the Syz porcelain collection

As the curator for the museum’s collection of ceramics and glass, I’m responsible for tens of thousands of fragile artifacts from all over the world—from ancient Egyptian glass to fabulous Tiffany vases, from rare 18th century German porcelain to everyday Fiesta tableware. 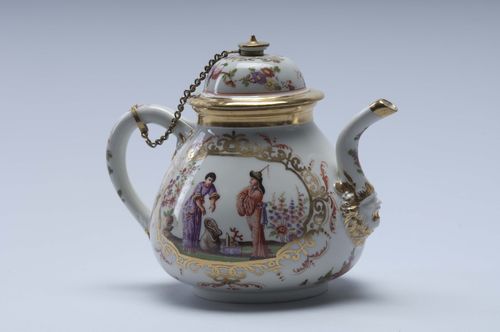 Meissen Chinoiserie teapot and cover, catalog 74.130ab, 1724-25. Much of the Chinoiserie (decorated in the Chinese style) pieces made at the Royal Manufactory at Meissen were tea, coffee and chocolate services, items that made excellent diplomatic gifts to other European courts. 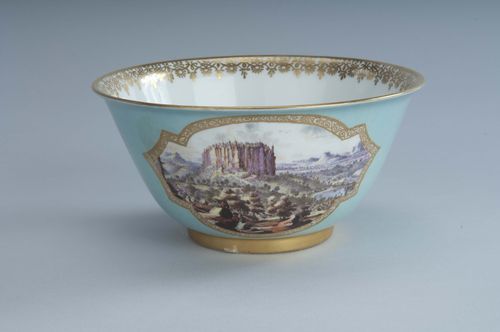 Meissen bowl, 1983.0565.43, about 1735
This bowl features images of the still-existing Königstein Fortress and Sonnenstein castle, both in the Dresden region of Germany, painted in enamel colors after engravings done in 1726 by Johann Alexander Thiele. Meissen’s use of sources from the work of contemporary artists was made possible through the increasing volume of printed works supplied to the manufactory.

Why does the National Museum of American History have artifacts made in countries other than the United States? By the time the museum opened in 1964 (then named the Museum of History and Technology), the Smithsonian had been collecting objects from around the world for almost 120 years. When the name of this building was changed to the National Museum of American History in 1980, to acknowledge the museum’s focus on examining the American experience, we didn’t get rid of objects that weren’t made in this country. However, the name change did encourage curators to think about existing, or legacy, collections in new ways. 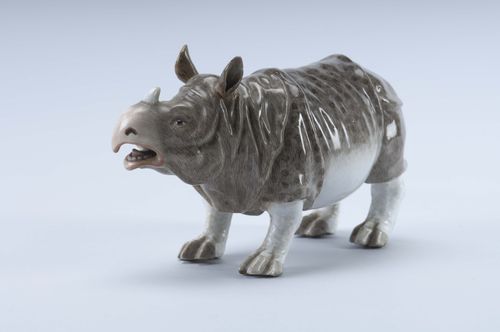 Meissen figure of a rhinoceros, catalog 69.82, about 1750. Few people had seen a rhinoceros in early 18th century Europe. This figure bears a close resemblance to Albrecht Dürer’s woodcut of a Rhino that was brought to Portugal in the sixteenth century. Dürer did not see the animal himself, but devised an image from descriptions, and possibly from sketches that reached Nuremberg in 1515.

One of these legacies is a wonderful collection of over 630 pieces of European porcelain given to the museum by Dr. Hans Syz in 1961. While not made in the United States, these objects help us delve into the fascinating history of collecting and the story of immigrant collectors in America.

Swiss-born psychiatrist Hans Syz (1894-1991) came to the United States in 1921 and soon began working with Trigant Burrow, a pioneer in the field of group therapy. Dr. Syz began to collect porcelain in the early years of World War II, when he purchased 18th-century Meissen table wares from the Art Exchange run by New York dealer and recent immigrant Adolf Beckhardt. Beckhardt was one of many Jewish antique dealers who emigrated from Germany in the 1930s, a period of increasing Nazi pressure. 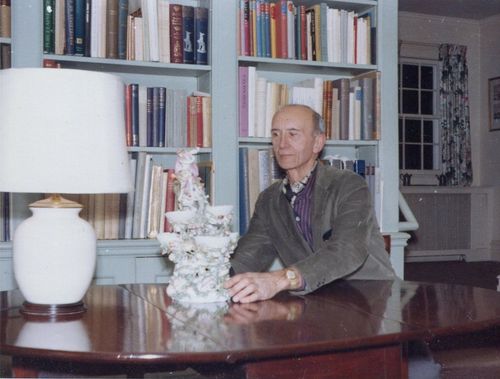 Hans Syz examines a piece of porcelain in his home, 1965.

Dr. Syz learned a great deal about porcelain and collecting from Beckhardt. Both men came to the United States with a sensibility for European cultural artifacts, and the desire to communicate their enthusiasm to others. Dr. Syz’s work in psychoanalysis and human behavior contributed to his belief that cultural artifacts have an important role to play in enhancing our awareness and understanding of human creativity and communication. His collection grew to represent this conviction, and is an example of an exceptionally active period of collecting porcelain in the United States. 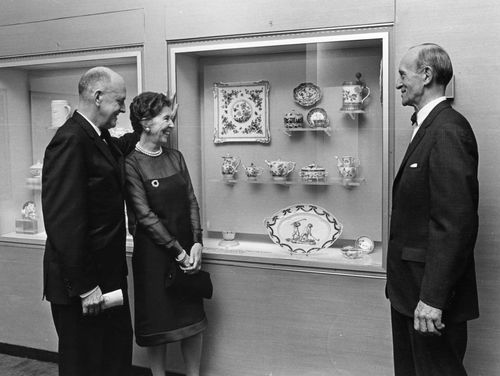 Hans Syz (right), his wife Emily, and museum curator Paul Gardner in the newly installed Ceramics Hall in 1966. The year before, the Smithsonian named Dr. Syz an Honorary Fellow in recognition of his lifelong contributions to the fields of psychology and art.

The museum is working to get this important collection onto the Web to make it available to researchers, collectors, and others around the world. Take a closer look at the museum’s collection of Syz’s work.

Bonnie Campbell Lilienfeld is Deputy Chair and Curator, Division of Home and Community Life with the National Museum of American History.