Editor’s note: This blog post is the first of two from Jeffrey Brodie about his experiences collecting for the Smithsonian’s National Postal Museum in 2001. Jeffrey gathered artifacts from the Church Street Station Post Office which served the World Trade Center buildings and surrounding community.

Like most others, I know exactly where I was when I learned of the attacks on the United States on September 11, 2001. I was seated in my office in the Smithsonian’s National Postal Museum when I heard someone yell that a “plane had crashed into a World Trade Center Tower.” At first, I assumed it was some kind of horrific accident and logged on to CNN.com. The video showed billowing smoke pouring from one of the towers, and then to my shock and disbelief, I watched another plane hit the second tower. I realized that this was no accident. The blows kept coming as I learned that the Pentagon had been struck and then the crash of Flight 93. Later that day, I made my way home via Washington’s Metro system, passing through the Pentagon station which smelled of smoke and what I guessed was jet fuel from the fire above.

What do you do in the face of such horrors? How do you respond to such loss and devastation? Like many, I hung my United States flag from my home, and donated blood to the Red Cross and money to the relief efforts. But I wanted to do something “more” to help as I watched the recovery efforts play out on television. What could I, a museum curator, do? I was not a trained firefighter, rescue worker, law enforcement officer, or a construction worker like those struggling with rescue and recovery efforts.

The answer came in a phone conversation with a colleague from the U.S. Postal Inspection Service. Calling to check in after the attacks, I learned that Postal Inspectors were heavily involved at the World Trade Center site helping to secure the safety of the mail and the building itself. I also learned that the Postal Service was making concerted efforts to sustain mail service to the communities of lower Manhattan. I immediately knew that my personal contribution to the recovery after the attacks would be to collect objects and stories that would help future generations remember and understand what took place. 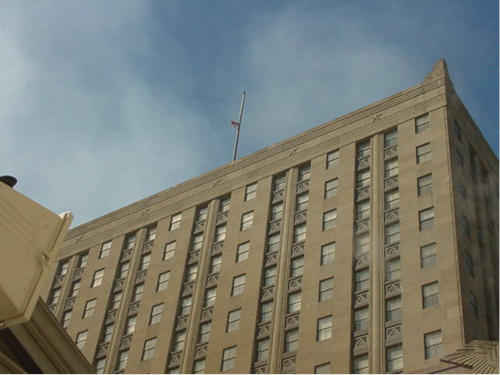 Just three weeks after the attacks, on October 4, 2001, I traveled to New York by train. It was a trip I had made several times and I always looked forward to those first sightings of the striking and imposing New York skyline. Of course, this view was forever altered. As we approached the city, I noticed that my fellow passengers and I all took furtive glances out the window—as if we were afraid to stare.

A group of Postal Inspectors met me just across from Madison Square Garden at the James A. Farley Building, the main New York City Post Office, and we began the drive downtown toward the World Trade Center site. I remember passing though various perimeter checkpoints as NYPD officers removed the barricades to let us pass. Throngs of people were gathered all around the checkpoints and I recall how they tried to peer inside to see who was passing through. I also remember the loud cheers that went up every time a fire truck passed. Sadly, I also remember seeing the hand-made flyers posted on buildings by anxious people hoping for information about missing loved ones.

We passed through a final checkpoint and stopped at the Church Street Post Office. I was immediately inundated with sights, smells, and noises. Seeing the destruction up close was an indescribable experience. The last remains of World Trade Center 1 were still, almost defiantly, standing, their appearance skeletal. Law enforcement, fire fighters, construction workers, cleaners, garbage and refuse workers, and countless others were engaged in some aspect of the recovery. Then there was the smell. The smell was unspeakable: a montage of water and mold, smoke and dust, metal, building materials, and countless other things too horrible to contemplate. And the sound. Or rather, the absence of sound given the number of people and amount of activity. It was oddly quiet and somber. And just like on September 11, this landscape stood in contrast to a beautiful blue sky. 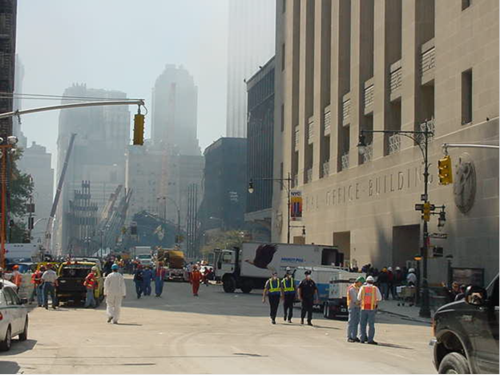 Finally, we entered the Church Street Station Post Office—a glorious, art deco, New Deal era building designed by Louis A. Simon and completed in 1935. Aside from broken windows and exterior damage (from falling debris, including parts of one of the planes), the Post Office itself was structurally sound and relatively unscathed. I was told that, if necessary, the Church Street Post Office could have reopened immediately for business. But most of the addresses that the Post Office normally delivered to no longer existed. (The World Trade Center occupied its own ZIP code—10048.) 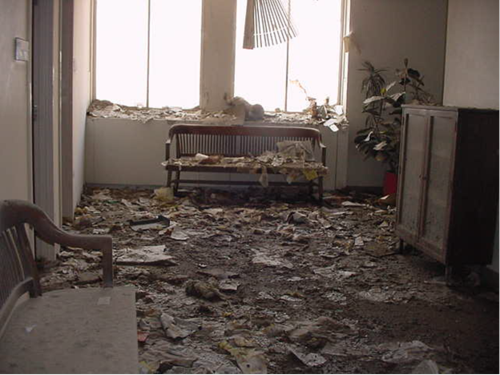 The beautiful, marble-clad lobby was in a mixed state. Some parts were sparkling and clean while others remained covered in the dust, debris, and the whitish ash that blanketed all of lower Manhattan. I walked to the service windows from which postal workers would help the public. It was as if time had stopped. Nothing had been touched since everyone had run out the door on the morning of September 11. At one station, I looked through the receipts that recorded postal transactions. The times on the tape went from 8:25, 8:29, 8:34 with the last being 8:47 a.m., just a minute after the first plane crashed into the North Tower. The rubber stamps used to hand-cancel postage stamps on letters and to record the date were still sitting on the counters. With permission, I removed two that said “Church Street Station, New York, NY, SEP 11 2001.” 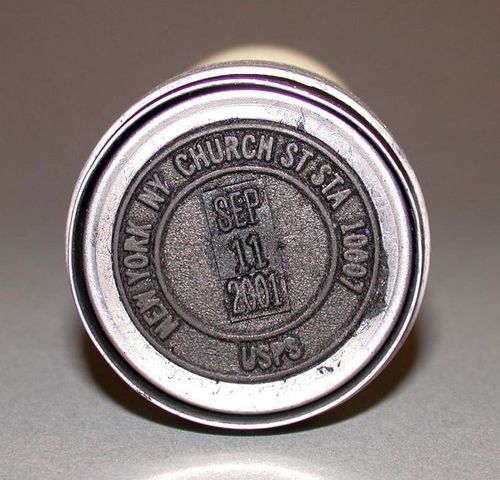 Read Part II to find out what other artifacts were collected for the Smithsonian from Church Street Station. 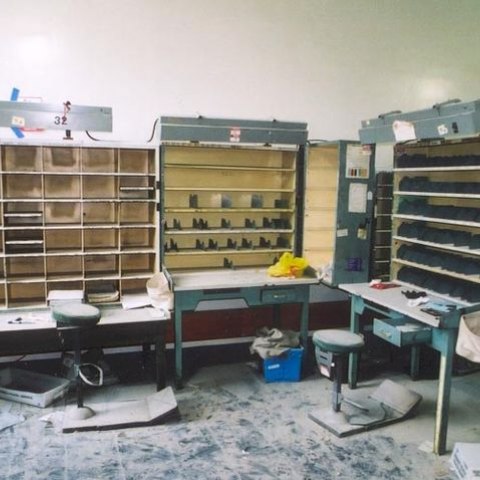