The boys of Dogtown

“Two hundred years of American technology has unwittingly created a massive cement playground of unlimited potential, but it was the minds of 11-year-olds that could see that potential.”
- Craig Stecyk, 1975, Dogtown and Z-Boys 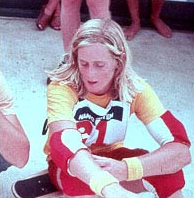 Have you heard of Dogtown? If you haven’t, I recommend Dogtown and Z -Boys, a 2001 documentary film directed by one of the Z-Boys, Stacy Peralta. The movie follows a semi-wild group of “punk kids” from an economically depressed section of West Los Angeles who revolutionized skateboarding in the 1970s.

Innovative places like Dogtown thrive on cultural diversity and the interplay of the artistic and the technical. But constraint, too, is often a factor that drives invention. In important ways, the rise of skateboard culture in Dogtown shows striking parallels to the birth of hip-hop in the Bronx, one of the stories the museum's Lemelson Center is exploring for a future exhibition, “Places of Invention.” In both places, innovation flourished in spite of its surroundings as inspiring proponents of problem-solving, risk-taking, and creativity appeared.

The Z-Boys (actually eleven teenage boys and a girl) took their name from the Zephyr surf shop, known for its radical designs of surf- and skateboards. Seizing on new technologies like urethane wheels, the kids on the Zephyr skate team pushed performance in totally new directions, mostly vertically, with spectacular aerials that blew away the competition and redefined the sport.

While a documentary tour de force, Dogtown and Z-Boys is also a compelling piece of mythmaking. But, like all myths, it has a core of truth—in this case about the power of place. The film’s lessons apply not only to sports inventions, but to the rise of virtually any innovation hot spot—including, yes, Silicon Valley—a theme we will be exploring in "Places of Invention."

The film delivers its message of place immediately in its brilliant opening sequence. From a view of Earth from space, the camera zooms in on a rundown beach community in Santa Monica known as Dogtown—a “place where America’s Manifest Destiny collides into the Pacific Ocean,” says narrator Sean Penn. The once-thriving amusement park and surfing mecca centered on Venice Beach, which was modeled after its Italian namesake, canals and all. In the mid-1960s, this coastal strip fell on hard times, and what a fall it was. Much of the area became a slum; abandoned roller coasters and piers deteriorated.

The Z-Boys, most of them from broken homes, found a positive outlet and fierce group identity as surfing outcasts. The challenge of navigating derelict pilings, twisted rebar, and chunks of broken concrete produced a daring new style of aerobatic surfing. In the afternoons, when winds shifted and waves quieted, they transferred the same artistic and aggressive style to skateboarding. The group was “infamous for their aggressive localism,” notes Penn. As Skip Engblom, a cofounder of the Zephyr surf shop, ironically recalls in the film, “[Dogtown] was dirty, it was filthy, it was Paradise.”

Dogtown was a hot spot characterized by a kind of technical adaptation that only transgressive, highly resourceful minds would think of. Berms in elementary school playgrounds served as asphalt waves for testing new maneuvers. Severe drought in the 1970s resulted in empty backyard swimming pools and, jumping neighborhood fences, the Z-Boys converted these empty pools into proto-halfpipes until chased away by local security. It was in these spots that they invented the spectacular aerials that are the essence of today’s competitions.

The ethnically mixed Zephyr skate team, self-described “freaks of the sport,” styled themselves as artist-athletes, with graffiti being the preferred genre of board decoration. They reveled in “having their own thing going on,” while sticking to the values of the group. They offered mutual support and honored a hierarchy of talent. Driving them was the sheer joy of invention, regardless of money or fame: “The bottom line is, all we wanted to do was skate,” said Z-Boy Wentzle Ruml. Once that changed and materialistic goals emerged—some of the Z-Boys became stars and even millionaires—group spirit, and the hot spot that was Dogtown, went into decline. 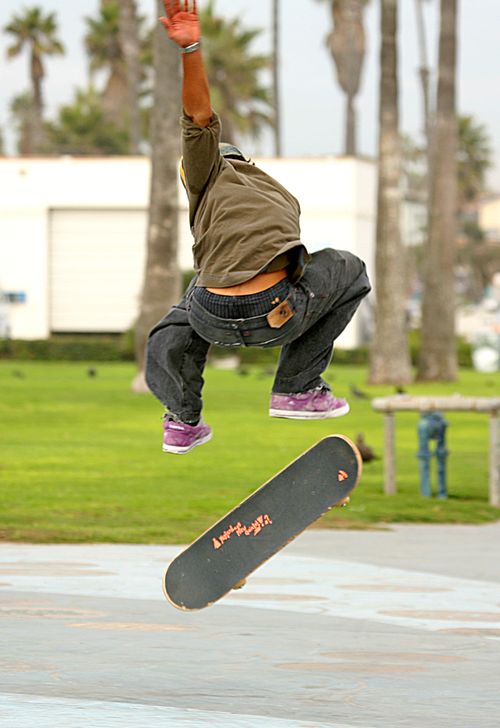 Invention happens anywhere that imaginative minds see a different way of doing things, from the labs of Silicon Valley to the surf shops of Dogtown and the playgrounds of the Bronx. And through these variations on “skunkworks”—those loosely structured teams that technology firms like to set up to push radical innovation—the world changes.

Art Molella is Director of the Lemelson Center for the Study of Invention and Innovation at the National Museum of American History. This column originally appeared in the August 2011 issue of Prototype, the Lemelson Center’s newsletter.