We are just at the beginning of several years of marking the 150th anniversary of the Civil War; and we’ve still got a long way to go. As it turns out, there really is a lot to say about how photographs shaped the public’s knowledge and experience of the war. We can also reverse that and look at how people shaped photographs to leave a legacy of how they personally experienced and understood the war. 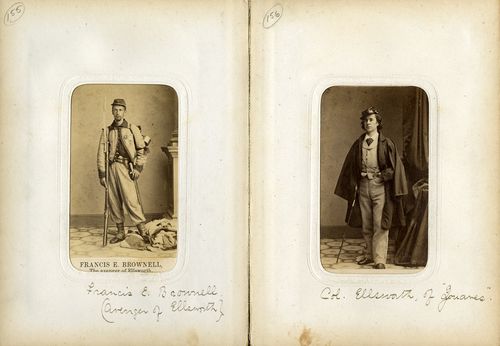 Boston-area photographer George K. Warren assembled cartes de visites that he and others made into an album. Close examination of the sitters begins to suggest what his political leanings might have been.

This summer, the museum started a collaboration with film-making students from American University’s School of Communication. My intern and I developed a plan for a series of short videos about Civil War-era images from the Photographic History Collection. Our first video is about cartes de visite albums.

You can also find a video about a mystery pair of glasses and the Time Trial of John Brown, also created by AU students. 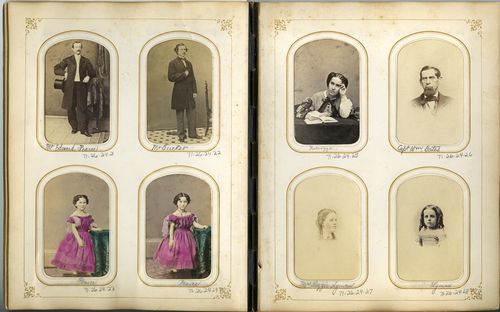 This album page shows a variety of portrait posing styles. The compiler of this album added Civil War related portraits as a matter of course, suggesting the Civil War was just another of her life’s events.

While the photographs of battlefields are absolutely compelling, I’m really interested in the ways in which personal relationships with photography during a national crisis help us understand the nuances of past individual experiences. By drilling down to the personal, the complexities of the political, social and cultural life are revealed and create a richer history. For me, it all started with a 1860s yearbook from Rutgers. But that’s another story.