“Black Friday”—the day after Thanksgiving when holiday shopping goes into high gear—promises to start even earlier this year on Thursday, the day previously known as Thanksgiving. Some retailers plan to open at 9pm thereby advancing the midnight rush by three hours. It is perhaps only a matter of time before retailers open even earlier, in a continuing scramble for any advantage, until there are no distinctions left between the days on the retail calendar. 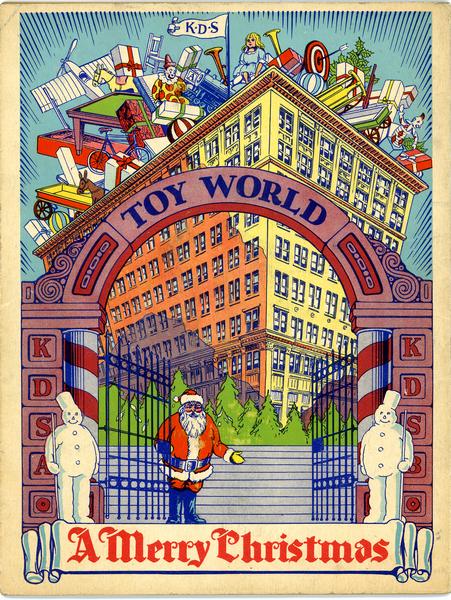 Once upon a time the nation’s retailers were attuned to the rhythm of the seasons. By the turn of the twentieth century it became apparent to most that more goods were sold in November and December than in all other months combined. Retailers planned accordingly and developed creative amenities to thaw hearts and jangle cash registers. The big idea was to make the big store a destination—shopping followed. The store that successfully associated itself with the holiday season became a leading retail institution.

Describing the strategy in 1894, Harry Harman, an “artistic decorator and window draper” from Louisville, Kentucky, noted the “jostling multitude” of sightseers that filled the streets “in front of the most attractive window and the building decorated and illuminated.” Directly addressing reluctant store owners who doubted the efficacy of such a strategy, Harmon explained: “the crowd, dazzled by the grand effect, will enter the store, and purchase, whereas, if your store was not made attractive, the crowd of people would pass by.” By 1913 The Show Window magazine regularly reported on the escalating practice of retail attraction, like the ever-popular Santa Claus parade, that delivered Santa through city streets to the store and installed him (and his helpers) at the back of a well-stocked toy department. The holiday window came into its own as an eagerly anticipated annual attraction in which nothing but the store’s institutional leadership was sold. 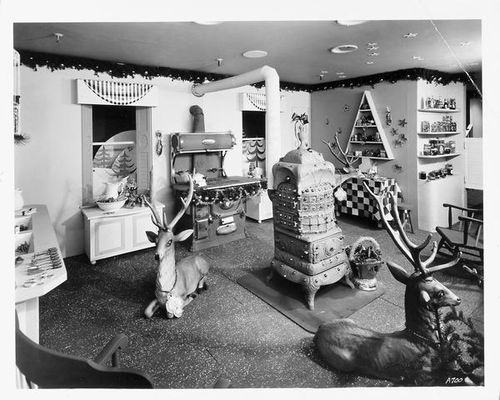 But that’s all changed now. By the late 1950s retail observers noted the rise of big box stores that largely abandoned holiday decor. Some characterized the bare-bones economy of display as dispiriting and soulless. At the same time the rise of the suburban shopping mall was changing life downtown, mostly for the worse. The consolidation of the retail industry soon left many towns without a department store and an austere holiday display scene absent of trimmings. 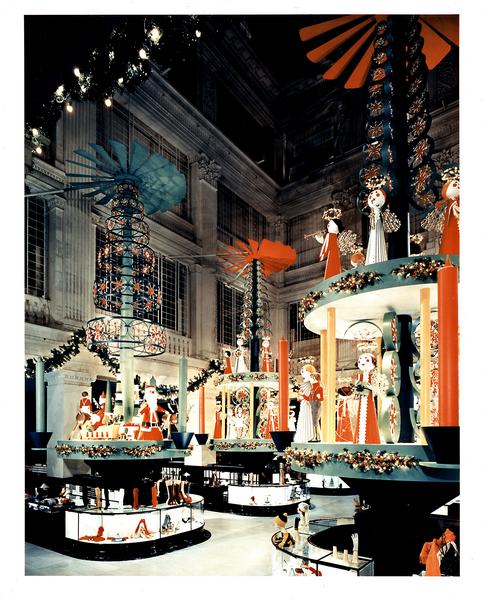 With the certain exception of the walking precincts of New York’s Fifth Avenue and Chicago’s State Street, the over-the-top scale of imaginative display has diminished along with the retail amenities of yore. The lavishly-decorated store, the animated window, and other traditions are gone, given over to the big-box anomy of never-ending price markdowns, products on pallets, and shopping on Thanksgiving.

William L. Bird, Jr., is the author of Holidays on Display and curator at the National Museum of American History.

Posted in From the Collections, Musings, Business History