As the year draws to a close, we like to look back at the blog posts you seemed to enjoy the most. This year we've added a few new categories, but let's start with the top 10 most popular posts written in 2011: 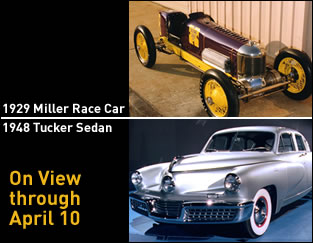 Race to the Museum! Every now and then we get an idea that sounds like so much fun we just have to give it a try. Using the blog to let our readers pick objects for display? The museum had never done anything like it before. We honestly didn't know if you'd even vote. Happily you did: more than 24,000 times! The Tucker and Miller are back in storage now, but thanks to you our visitors could spend time with two iconic pieces of automotive history. 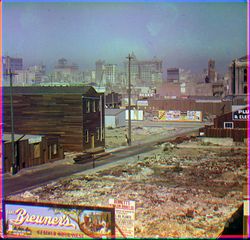 The 1906 San Francisco quake, in color This post, about six recently discovered color stereo photographs of San Francisco taken by Frederick Eugene Ives just after the 1906 earthquake, was originally published in January of 2010. In March it went viral, and ended up as the single most popular post of 2011! 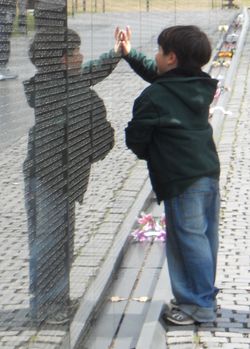 "If I could just get inside that glass, I could hear the song in there..." It's hard for us to choose favorites, but all of us agreed that the post that put the "Awwwwwww!" in awesome this year was the story of Evan and the Star-Spangled Banner. 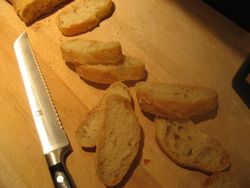 Julia Child Recipe of the Week (2009) If anyone asks what the most popular blog post is at any given time, we always answer Julia Child. It's a safe bet. The Recipes series is still, two years after it was first published, more popular than the other top 10 posts combined. If you're a fan of Julia you should keep an eye on the renovation schedule. The last day to view her iconic kitchen is January 8th, but it will return as the centerpiece of the new Food exhibition in summer 2012.

What do you think of our list? Did we miss your favorite post? Are there other special awards you'd like to see? As always, just let us know!

Dave McOwen is a New Media Specialist for the National Museum of American History, and has a few fun ideas for 2012.