Editor’s note: This is the fourth of a nine-part series that follows the European tour of one of the Smithsonian’s most treasured coins, the 1933 Double Eagle, affectionately known as “Our Girl.”

Curator Karen Lee and “Our Girl” barely made it into town before they made the news in Brussels, Belgium! Doesn’t this look inviting? 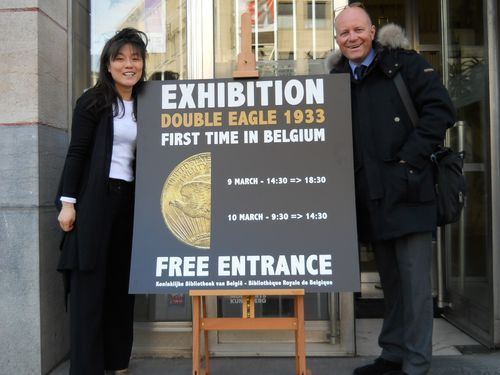 Members of the Royal Library support team at the grand opening of the display in Brussels.

Curator Karen Lee hasn't been too busy to share some interesting Belgian history with us. Did you know that on January 11, 1790, nine provinces that make up modern-day Belgium declared themselves the "États-Unis de Belgique," or the “United States of Belgium”? And in asserting their independence, they cited their " droit naturel et imprescriptible" (natural and inalienable right) to break away from their ruler, Austrian Emperor Joseph II? Sound familiar?

Their revolt failed and they were reconquered in December, but this was not Belgium’s first rebellion. The revolt of 1790 borrowed the symbol of a lion from a previous uprising 200 years earlier. 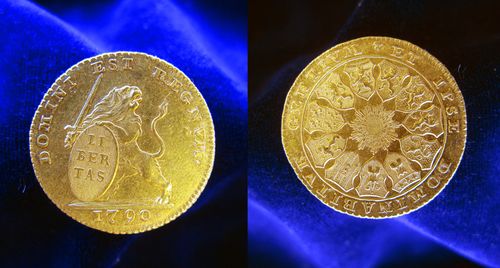 A "Lion D’Or," or "Gold Lion," a coin minted in the brief period of revolt in Belgium in 1790, housed in the National Numismatic Collection. The writing along the edges reads "Domini Est Regnvm, et ipse dominabitvr gentivm," and is taken from Psalm 22:29: "For the kingdom is the Lord’s, and he is governor among the nations."

In the 1560s, the "Low Countries"—modern-day Belgium, Luxembourg, and the Netherlands—rebelled against Philip II of Spain. Soon after, one cartographer drew a map of the uprising countries as a lion. The style caught on. 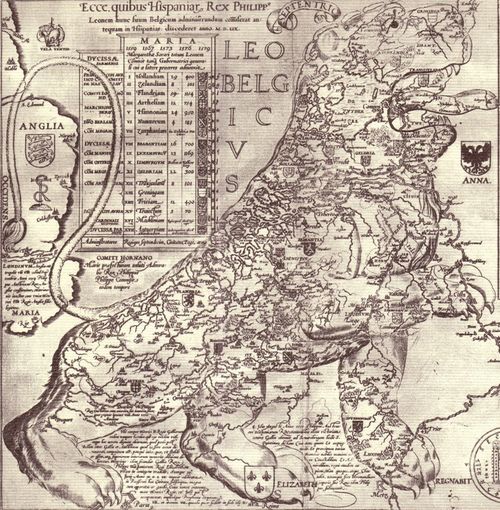 The "Leo Belgicus," in a 1583 map of the "Low Countries." Right under the lion’s tail tuft is "Londinvm," where curator Karen Lee and “Our Girl” visited last week.

The same lion symbol even appears in the center of the modern-day, independent Kingdom of Belgium’s coat of arms. Not to be cheated out of having a fierce coat of arms for the United States, the Founding Fathers made their own concerted effort to develop an American " National Seal." The result included the eagle that now appears everywhere in American daily life, especially on our passports and on our money. 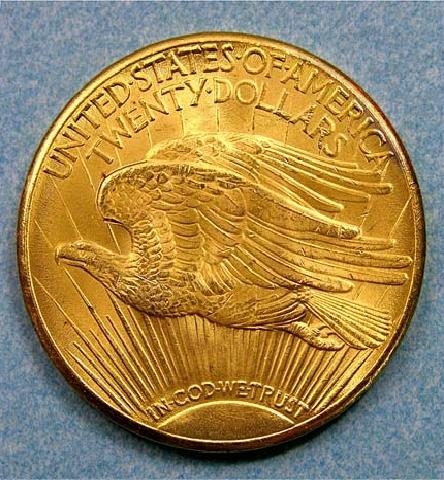 The eagle on the back of the 1933 Double Eagle, currently on display at the Royal Library of Belgium in Brussels, Belgium.

Lions with swords, an eagle with a clutch of arrows. . . We’re tempted to ask, "Who would win in a fight?"

Next stop on “Our Girl’s” tour: Prague’s National Museum.