Groats, euros, and eagles, oh my!

Editor’s note: This is the third of a nine-part series that follows the European tour of one of the Smithsonian’s most treasured coins, the 1933 Double Eagle, affectionately known as “Our Girl.” 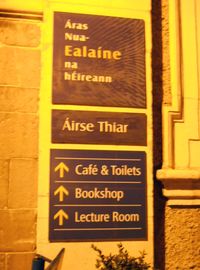 People think Ireland is only an English-speaking country, but many speak Irish Gaelic. Irish sign outside of the Museum of Modern Art in Dublin

We’re especially excited to bring "Our Girl" to Ireland, since the American sculptor who developed the 1933 Double Eagle design, Augustus Saint-Gaudens, was actually born in Dublin in 1848!

Upon arriving in Dublin, curator Karen Lee's team was whisked off to the Irish Museum of Modern Art, where things were organized for "Our Girl’s" installation. 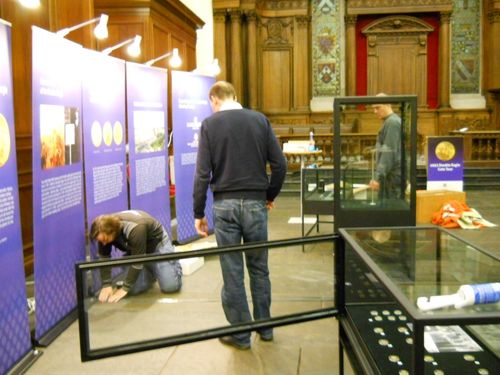 Installing "Our Girl's" exhibition in Dublin

Don’t you agree that the display case looks much better when she is inside? 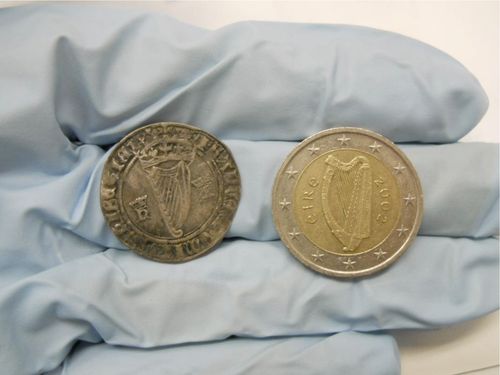 It is important to always wear gloves when handling objects, as the oil on one’s hands is especially corrosive to metal.

The coin on the left is an Anglo-Irish silver “Groat,” or four pence piece, struck in 1536 under the reign of Henry VIII. The coin on the right is a two euro coin, minted in 2002, recognizing Ireland’s membership in the European Union. Notice the similarity?

The harp has been a symbol in Ireland for centuries, although the coin on the left, known as the Henry VIII Harp Groat, marks the harp’s first appearance on Irish coinage. When Ireland gained independence from England in 1921, the new Irish Free State chose to use the harp again on its coins as a national symbol. It issued its first currency in 1928. As the harp was adopted as a national symbol by the Irish government, so was Lady Liberty adopted by the United States Mint. Although most of us are familiar with the portrait profiles of Lincoln, Jefferson, Roosevelt, and the occasional Susan B. Anthony on our coins, Lady Liberty has appeared on American money since the founding of the country. 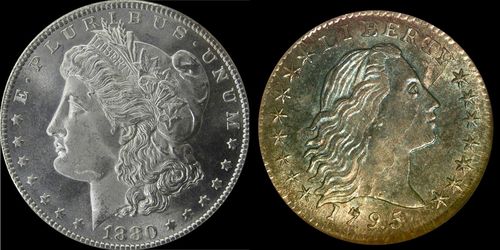 “Our Girl,” the 1933 Double Eagle, is only one in a long line of American coins which have depicted Lady Liberty as our national symbol.

Next stop on the tour: The Royal Library in Brussels, Belgium, on March 9th and March 10th.