Editor’s note: This is the seventh of a nine-part series that follows the European tour of one of the Smithsonian’s most treasured coins, the 1933 Double Eagle, affectionately known as “Our Girl.”

It was hard for Karen Lee to leave Warsaw, but the show must go on. The trip to Oslo began on a flight of stairs on a dark night. After a flight to Oslo for Karen and “Our Girl,” and a ferry ride and 12-hour car trip for the exhibition panels and display case, everyone made it to the Cultural History Museum in Norway safe and sound. 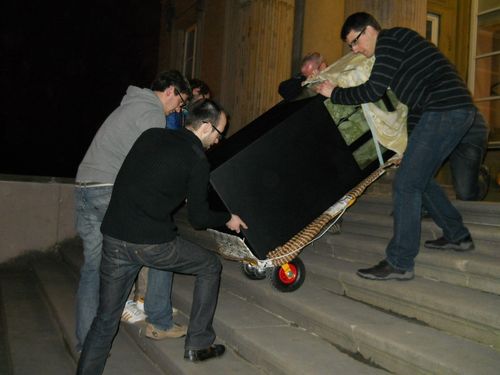 “Our Girl” was carefully examined by customs officials before leaving Warsaw; exiting the Eurozone to enter Norway meant all the right forms had to be stamped. 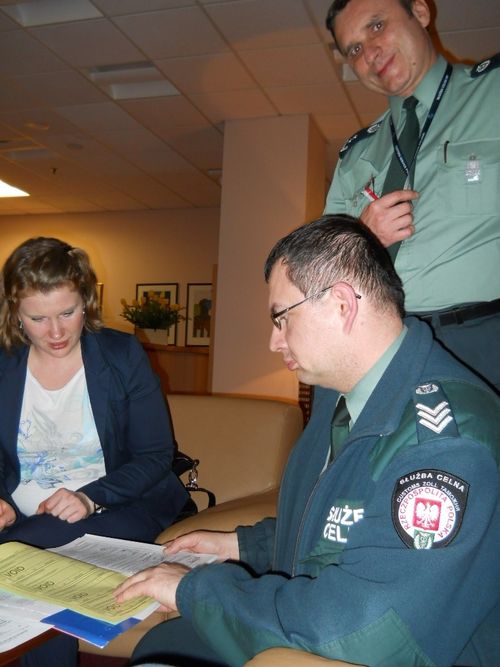 Lee dreamed of being the big news in Olso, but Prince Charles and Camilla, Duchess of Cornwall visited the King of Norway at the Nobel Museum. Oh well—it seems a prince brings a bigger crowd. 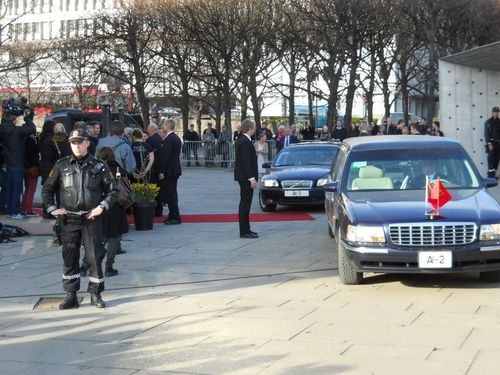 Karen Lee happened to be walking past and got a close look at the Prince and Duchess.

Of course, being in Oslo is exciting for another reason—Vikings!

Also called Norsemen, Vikings are now familiar pop culture icons, with their most recent incarnations in Hagar the Horrible, the Marvel superhero Thor, the recent movie How to Train Your Dragon, and those annoying commercials (“What’s in your wallet?!”). From about AD 800 to 1050, Vikings sailed from the Scandinavian chiefdoms in modern-day Norway, Sweden, and Finland, to medieval kingdoms on the European continent and in modern-day Britain, where they looted, traded, and settled. With Lee and “Our Girl” in Norway, the interns could not resist looking for Viking coinage in the National Numismatic Collection.

Before the Vikings started conducting large-scale raids internationally, they did not fashion their precious metals into coins, preferring to trade them in bars or jewelry. But once they began trading or extorting money from continental Europe—which had a monetary system since ancient Roman times—they picked up on the trend. After some Vikings settled in Britain, they began minting coins of their own, often combining medieval Christian symbols with Viking mythology. We happen to have such a coin at the Smithsonian.

This Nordic penny was in circulation when the penny was the only type of coinage being used, from its first development in the 8th century to the 12th century. The influences from Britain, with the profile of a king on the obverse (front) of the coin, and Christianity, with the cross on the reverse (back) of the coin, are easily recognizable. From “Our Girl’s” first stop in London, to her last trip through Scandinavia. . . we’ve come full-circle!

The next and final stop of the tour is the National Museum in Helsinki, Finland!