April 14 marks the 100th anniversary of the ocean liner Titanic’s tragic sinking in the North Atlantic. As part of our History Explorer “Meet Our Museum” podcast, curator of Maritime History Paul Johnston shared his view of the ship’s legacy and objects that represent it in our collections.

“For some the reason the Titanic has echoed, it’s resonated in the public imagination... There are still lawsuits over it, still fascination with it,” Dr. Johnston said in the podcast. “So many movies and books have been written about it, and so many articles and songs, it’s really just captured the popular imagination… maybe [due to] the sense of helplessness that people felt when they were thinking about it.”

What objects come to mind when you think about this event? Our museum’s exhibition On the Water: Stories from Maritime America features some artifacts from the ship, including a life vest recovered by Carpathia passenger Dr. Frank Blackmarr. Dr Blackmarr collected this life vest after he helped Titanic survivors recover from exposure and hypothermia after they boarded the Carpathia early in the morning after the sinking. The life vest was donated to the Smithsonian by the Chicago Historical Society in 1982. 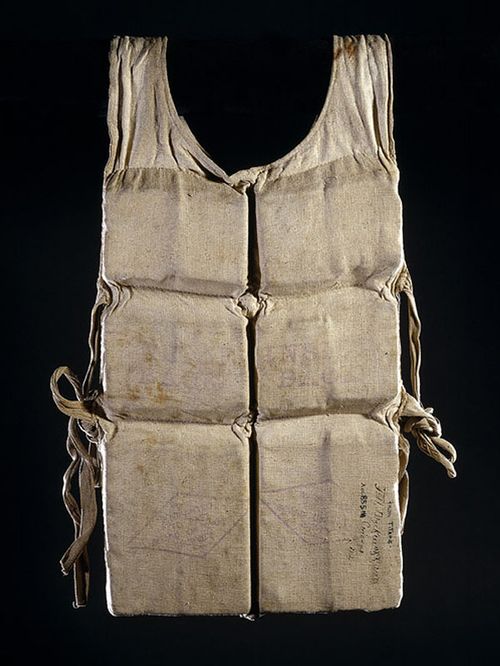 On the Water also features photographs taken from the Carpathia’s deck of the iceberg that felled the “unsinkable ship.” In true “history is made by every day people” fashion, these photos were snapped by none other than a 16-year old named Bernie Palmer, who was traveling on the Carpathia with her mother on the way to the Mediterranean. Bernie used her Kodak Brownie camera to photograph the iceberg as well as some survivors on the deck. Bernie’s camera and the original negatives arrived at the Smithsonian in 1985. 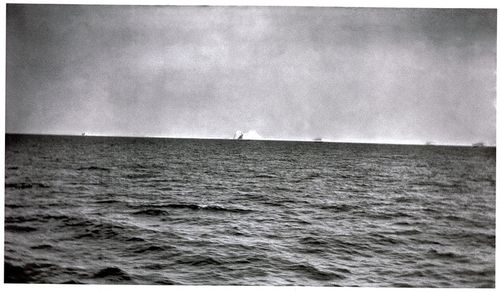 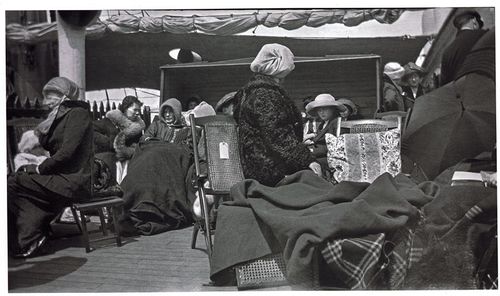 Bernie Palmer’s photos of the iceberg and survivors on the Carpathia.

Finally, an interesting object in the museum’s numismatics collection that you won’t find on display is a 9 oz. gold medal that was donated to the Smithsonian in 1912 by the Carnegie Hero Fund Commission. The Carnegie Hero Fund Commission was established in 1904 by philanthropist Andrew Carnegie to recognize acts of heroism. According to Dr. Johnston, the impact of the Titanic’s sinking on public opinion was so great that the Commission created a medal to honor heroes from the Titanic’s sinking. The Commission didn’t have a particular individual in mind for this award, so the medal was given directly to the Smithsonian. 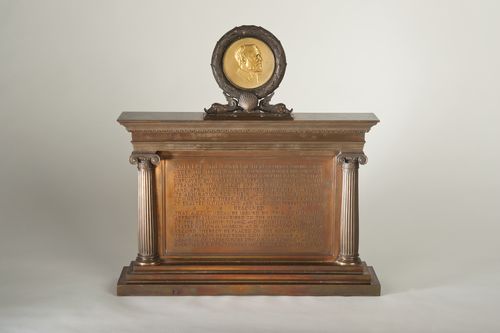 You can hear about these objects and more by listening to the podcast recording of Dr. Johnston. Additionally, listen to songs from 1912 and 1913 about the Titanic by following this link. The museum has many Titanic artifacts in its collections, both on and off view.

Julia Imbriaco is a program assistant in the Department of Education and Interpretation.