As a historian, I think one of greatest pleasures of working in an archive is not just getting my hands on what I hoped to find, but finding things I never knew existed. I was reminded of this recently when I had a serendipitous moment at The University of Texas at San Antonio photo archive. The archive is vast—a deep record of daily life in Texas beginning in the nineteenth century. While I was home visiting family in San Antonio, I decided to do a little research on the side. I am one of four curators working on the American Enterprise exhibition — an upcoming exhibit that will examine historical stories of business in the United States between 1770 and the 2010s — and my hope was to find some images of department stores and local advertising in South Texas, which would add regional diversity to the exhibition.

When I arrived, the senior archivist Tom Shelton was working with a set of photographs, each with an African American family in a similar domestic setting. The photographs stopped me dead in my tracks. They looked like family portraits, except every photo included a package of Butter Krust bread. Then it dawned on me; this was an advertising campaign. The photos featured dozens of families around their dining-room tables. Another light bulb went off over my head. Could these be an example of a local ad campaign in the 1950s and 1960s, a pivotal moment when manufacturers and advertisers began to recognize African Americans as consumers?

Then Marlon Gardley walked in. He began searching through the photos and expressed delight when he found what he wanted. When I asked what was so exciting, Mr. Gardley told me a story that added dimension to my thinking about advertising in this period. He and his family had starred in one of the ads. I’ve been working on the history of advertising for a while and never met anyone who was featured in an ad! This was truly exciting. You can read Marlon’s story on the American Enterprise blog. 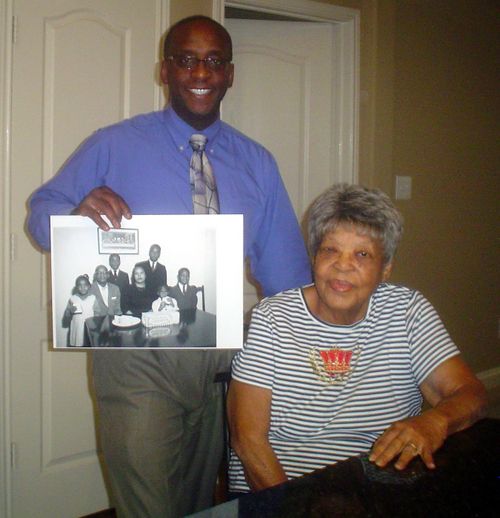 Marlon Gardley and his mother, Emma Gardley, pictured here holding a copy of his family posting at their dining room table for a 1963 Butter Krust bread advertisement.

In 1960, the Richter Bakery, makers of Butter Krust bread, ran a series of ads in the city’s African American newspaper, the San Antonio Register. These ads departed from the typical image of a white girl in a gingham pinafore used in many Butter Krust ads. In many respects these were family portraits with children in school uniforms or Sunday clothing. As payment, each family received a nominal amount of money, a week’s worth of baked goods, and a copy of the photograph. 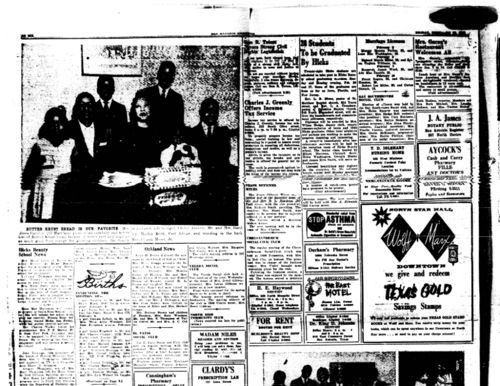 The Butter Krust ad with Marlon's family, as it originally appeared in the San Antonio Register on February 14, 1964.

The campaign ran for a decade, a testament to its popularity. One of the most powerful things about the campaign was its reliance on and connection to community. People looked for themselves and their neighbors in the paper; in the process, the Register changed how readers thought about advertising, and Butter Krust built brand loyalty. Within the context of national history, the campaign represents a remarkable change in advertising in postwar America when publishers, advertisers, and producers began to see African Americans as a powerful market force. The Register provides an illustration of advertising that not only acknowledged but respected African Americans as consumers and as community members.

Do you remember Butter Krust’s advertising? Did you participate in their campaigns or take a factory tour? Or did your home town have similar local advertising? Let us know and share your memories with us!

Kathleen Franz is co-curator of the American Enterprise exhibition at the National Museum of American History.