When there were no academic journals to counter racist scholarship, Dr. Carter G. Woodson created one. When no professional presses that would accept materials about African Americans, he founded one. Fellow Kimberly D. Brown explores Woodson and the origins of Black History Month.

Eminent scholar and social activist W.E.B. DuBois lauded Negro History Week as the greatest achievement to arise from the Black Renaissance of the 1920s in his 1940 book Dusk of Dawn. Known as Black History Month today, it carries the incandescent legacy of its creator, Dr. Carter G. Woodson.

A Harvard graduate, Dr. Woodson produced his dissertation with university professors Edward Channing and Albert Bushnell Hart, as committee member and dissertation advisor respectively. The two plainly expressed their convictions about African Americans as inferior. Hart paternalistically encouraged education as a mechanism for improving what he believed was an innate intellectual inadequacy within African Americans. Channing bluntly argued that the Negro had no history and, according to Woodson, found laughable the idea of Crispus Attucks and his role in the Boston Massacre as an important contribution to the independence of the country. Channing challenged Woodson to undertake research that the Negro had a history.

Woodson, however, had taken up that challenge long before arriving at Harvard and continued to do so for the rest of his life as an educator and prolific scholar. He meticulously researched, wrote, and published innumerable works on almost every aspect of Black life. Despite his earliest efforts taking place during what many scholars refer to as the "nadir," or lowest point, in American race relations, his work sparked a mass movement to recognize and celebrate Black resilience in and contributions to the United States. When there were no academic journals to counter racist scholarship, he created one. When there were no professional presses that would accept materials about African Americans, he created one. The Journal of Negro History, Associated Publishers, and what became known as "Black History Month" are among the crown jewels of his legacy.

Still, Woodson viewed a yearly emphasis during one week (or now, during one month) as entirely missing the charge, which was to use the week as an overview of what should have been taught throughout the year, not to compensate for what was not. His mission was, "emphasize not Negro History, but the Negro in history." In other words, one cannot understand the foundation of American government, tax structure, or changing legislative developments without understanding slavery, its economic implications, and heavy influence on political party identity. Civil War figures, such as Stephen A. Douglas and President Abraham Lincoln, go misunderstood without proper evaluation of their relationships with Black people. Science and technology, business and capitalism, Hollywood and popular media, urbanization, and foreign policies will never be fully comprehended without consideration to the Black presence in America.

Now, in 2015, the Smithsonian's National Museum of African American History will stand on the foundation of public access to Black history that Dr. Woodson built. May we all be moved to keep building the house of preservation and acknowledgement, even if it's just by just sharing the history of Black History Month. 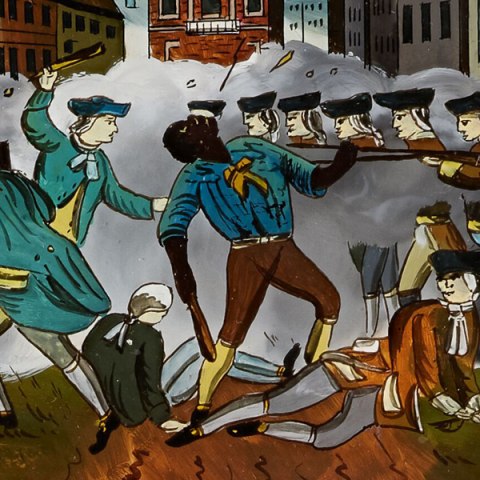 How picturing the Boston Massacre matters
Maybe this painting looks familiar. A long row of red-coated soldiers. A cloud of gun smoke engulfing the street. Falling bodies.Detail of...