Part III: On the set of "Rebel," the story of a woman who fought in the Civil War

When filmmaker María Agui Carter first came across the 1876 memoir of a Latina woman who fought in the Civil War, she recognized "a voice that sounded so modern" and was compelled to make a film about this maverick. We asked Agui Carter a few questions about her film and the woman "who made no apologies about breaking every gender, social, and ethnic boundary," which you can catch on PBS on Friday, May 24, 2013. Part I and Part II of this post provide some background on Loreta Janeta Velazquez. 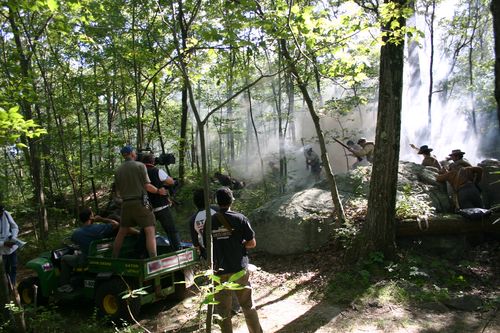 Filming a battle charge in Massachusetts. Photo by Max Prum.

How did you go about getting the costumes, settings, language, and other details right?
First I relied on the work of many illustrious scholars in literary criticism, in history, in women's studies. I not only read widely, but I had conversations about this story and the history and context surrounding it for years with my advisors and the experts in my film. I was fortunate to receive fellowships from Harvard and then from Tulane to do primary research, to explore in the archives, and to write the script.

To convey the material world, I often used real historical settings—such as museum houses that were already furnished and historically appropriate. I brought in additional period-specific props that my actors could handle without moving one-of-a-kind museum pieces. I also used a lot of historical consultants who specialized in the hairstyles of the day, the clothing of the day, but I was less interested in material history perfection than in conveying the spirit of the times for laypeople. 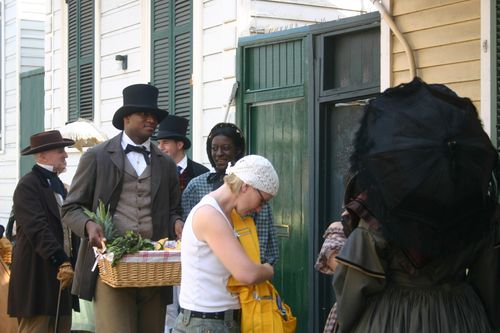 People sometimes ask me why she doesn't have a Cuban or Latino accent, but having grown up in the U.S. as a child, she would have picked up the dominant language quickly and flawlessly, as it was spoken in her area. Being educated in New Orleans, she would probably have learned French as well as English, so she would have been trilingual. 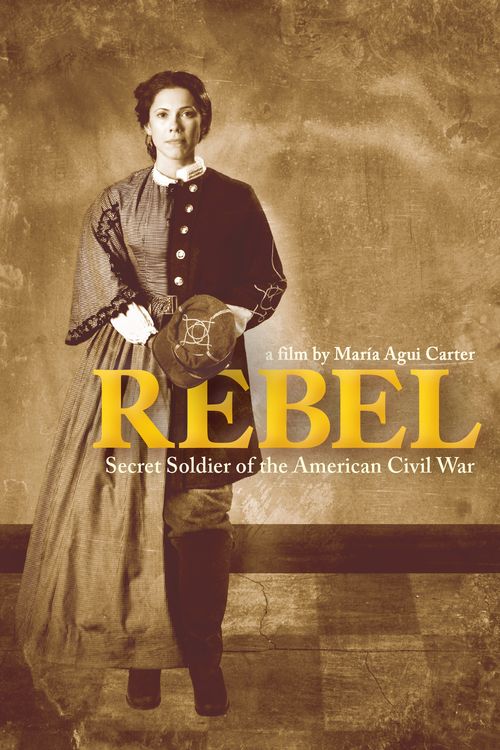 Finally, in terms of word use, my script uses her direct words when possible, but whether modern or historical, spoken language is very different from written language and that necessitated my having to rewrite her words and create a full script. Nineteenth century memoirs were pretty florid and wordy. When writing voice-over and narration, word choice becomes simpler, more vernacular.

I was also trying to maintain the drama of her story, so I did not represent every single moment of her life from her memoirs, and I collapsed some of the episodes of her life in the film. While I did not change the history, REBEL is really my interpretation of her story, informed by the work of scholars, by the documentation available, and by her own words.

What was challenging about making this documentary? Are there many things we still don't know about Velazquez?

Tracing women's lives, and Latina women's lives, can be a challenge in this period. These are groups that have not always been deemed worthy of documenting or archiving. Women would take on their husband's name and disappear into his story, and Velazquez married multiple times. She was also hiding her identity as a soldier and later as a spy. So she was deliberately covering her tracks.

We have not located an obituary for her. We don't know where she was buried. We don't know who her descendants are, although recently I was contacted by Andrene Messer, a descendant of William Beard, her last husband. They shared newspaper articles about a son she had named Valdemar Beard and I am hoping that once I share this story, and put some of the documents I have gathered about her up on my website, people will be inspired to look for her traces in the public record, perhaps even discover a living descendant.

Why did you feel you were the right person to tell this story?
There have not been enough histories told about the role of Latinos in American history. Because of this, each new film made about Latinos in American history is expected to take on a greater burden to represent our entire past. But one film cannot do that. In addition, because so many of the contemporary stories about Latinos are negative, there is additional pressure to tell positive historical stories about unblemished heroes. But I am interested in telling the complicated, nuanced stories that more closely describe our human condition. If we only tell stories of plaster saints, we have a pantheon of unattainable heroes, of inhuman mythological characters that we can never hope to really emulate.

So the story of this flawed woman whose consciousness grows over time was really appealing to me. I have spent a lifetime telling stories about race, politics, and class and this story called me. It was also a wonderful opportunity for me to collaborate with a long-time producing partner, Calvin Lindsay, Jr., co-producer of this film, with whom I had done another story for PBS years ago, Devil's Music. That was a film about the fear of blackness and sexuality implicit in the censorship of black music and jazz. And those kinds of fears were again operative in the way Velazquez was being attacked, so this was an opportunity for Calvin and myself to continue a political and artistic dialog we had been exploring in other works.

The preview for REBEL can also be viewed here.

Are there other key things you hope people take away from this film?
My film uses the book Velazquez wrote to introduce audiences to the Latin history of New Orleans and the South, and reminds us that there has been a historical and cultural exchange between Cuba, Mexico, and New Orleans that goes back for centuries. Cuba was deeply aligned with the South pre-Civil War through cultural and trade connections. That is particularly interesting today, post-Katrina as thousands of Latinos have poured in and settled in the city to do the challenging work of rebuilding it. Throughout the South, there has been triple digit growth in the Latino populations, and a huge corresponding increase in hate crimes against them. They are seen as outsiders and interlopers, and we know little of the history of Latinos in the South. This film begins to convey some of that history.

There is much more to tell.

María Agui Carter is Writer, Director and Producer of REBEL, which runs 75 minutes. Check local listings for when to view the film. 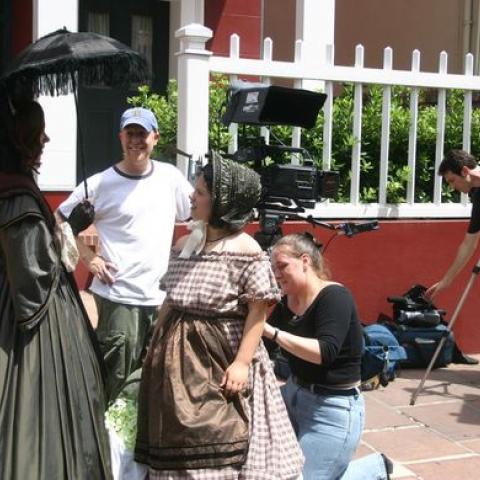 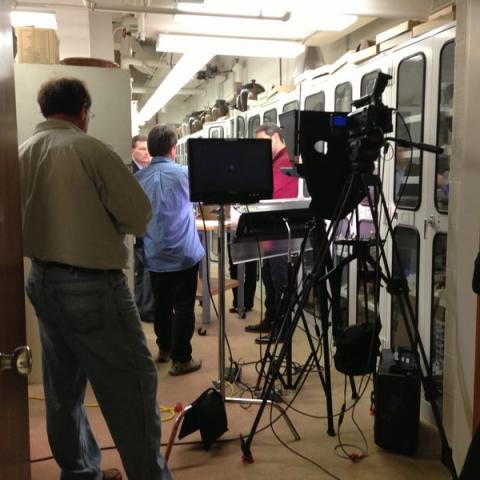