We recently lost numismatics curator Richard Doty. His colleague curator Karen Lee shares why he will not be forgotten.

My mentor Dick Doty told me a story shortly before he died that I'm still pondering.

He explained how inventor and minter Mathew Bolten pioneered the use of steam power to make coins. Dick spent 13 years researching this topic—I jokingly asked what took him so long. Laughing seriously, Dick said, "Do you have any idea how many questions that inventor had to ask a coin before he could build the machinery to make one?" No, I didn't. But I do now, and thanks to a decade of working beside Dick, I didn't just learn about coins, I learned how to ask objects questions and listen for their answers. This research approach is not new but it does require a willingness to see something in a different light, ignoring past assumptions. Dick brought new light and new thoughtfulness to the National Numismatic Collection (NNC) and it is his thoughtfulness that transformed the work we do. 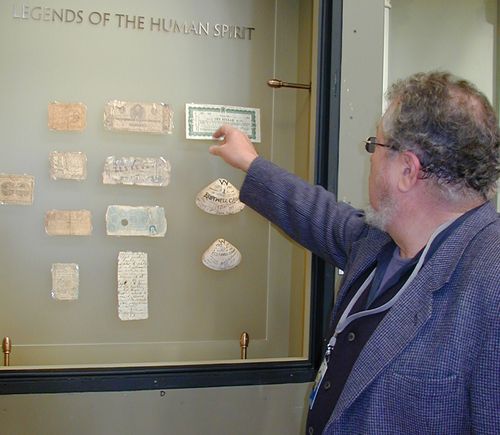 Before he started working at the museum in 1976, decisions about what to collect, why to research, and how to interpret the collection were made along classical lines. And numismatic exhibitions were arranged in a traditional style—row-upon-row of coins with little explanation to assist non-experts in understanding these small shiny objects. 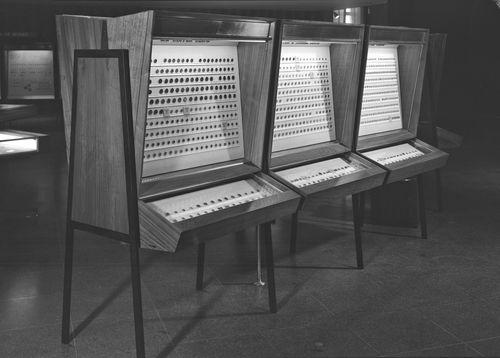 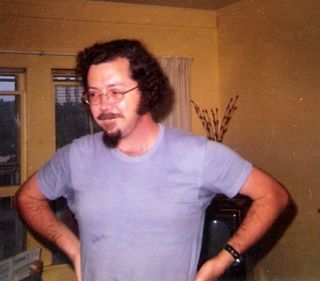 Dick was energetic about bringing new ideas and a more human dimension to the work of the numismatic unit. While his colleagues focused on American gold coins, Roman and Greek coins, and other high-profile objects, Dick explored less appreciated ones.

As the newest member of the unit, he aimed his curiosity toward unexplored corners of the vault where the objects challenged him to puzzle-out new theories about why and how money was made and used. Our good fortune was Dick's eagerness to curate material that no one else was interested in. 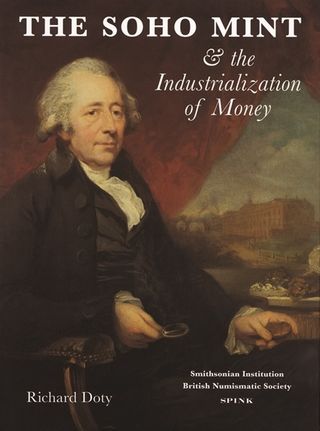 Cover of Richard Doty’s book, “The Soho Mint and the Industrialization of Money”

Consciously shifting his curiosity to less cosmopolitan corners of the vault, Dick researched well-worn paper currency, lesser coins from Spanish colonies, British tokens, and other formerly obscure objects to champion the human saga as told through numismatics. He trained his eye to recognize peculiarities in manufacture that made him the world-renowned expert in minting technology. He opened his mind to see why a piece of paper currency stitched with thread from the same era meant that people using it had a special stake in keeping it in circulation. 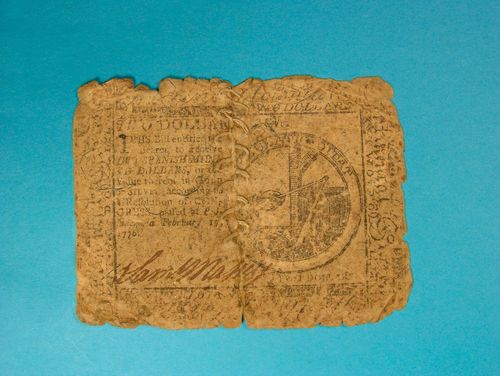 Currency from the American Revolution that was sewn together, ca. 1776

He decoded the images placed on ordinary money throughout history with extraordinary acumen, vividly connecting stories about people making and using money to their struggles for independence, respect, and meaningful lives. And so, Dr. Richard Doty—pigeon-holed into working with the seemingly boring segments of the NNC—brought overlooked objects and their stories into new light. 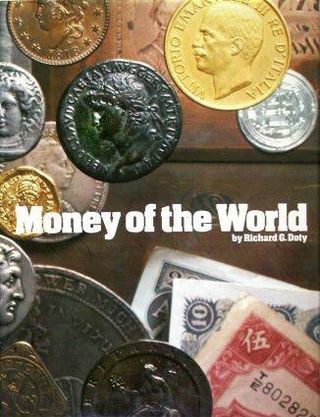 Cover of “Money of the World,” by Richard Doty

Upon hearing the news of his death last month, colleagues from the around the world contacted me to express their sadness that the field of numismatics had lost its leader, its inspirer, and its genius. Dick would have shunned those superlatives in favor of his personal favorite accomplishment. He'd always tell me, "Be curious, and never let anyone take it away from you—follow your curiosity because it will take you everywhere."

At the time of his death, Dick was examining Papal medals—in particular how they were minted—to unlock a mystery about what technology produced them. He had published nine books and won dozens of international and domestic awards. Future numismatists can be inspired by this legacy, but I'm happy to have known the person who brought complexity and humanity to his work.

As we get back to work after Independence Day, take a moment to remember an independent thinker in your own life. Our ideas and our curiosities are the roots of our freedom.

Karen Lee is a curator of numismatics at the National Museum of American History. This video includes snapshots of Dr. Doty over the years. Both Karen and Dick were inspired by this image, a postcard of which now sits on Karen's desk.