The best loan since sliced bread

The "home of sliced bread" welcomes its bread-slicing machine back, thanks to a loan from our museum. Development intern Christina Ross serves up some details.

Loaning one of our historic objects to another museum is a great way to share Smithsonian collections with audiences outside Washington, D.C. But it's especially meaningful when the loan feels like a homecoming. 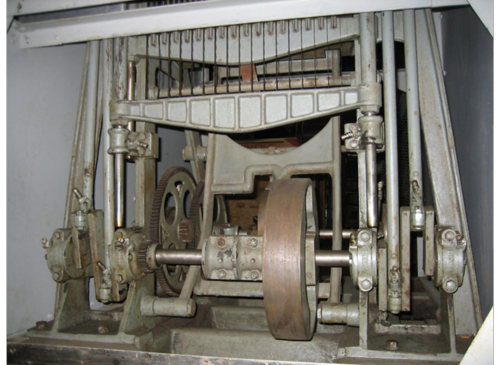 On June 27, this Rohwedder bread-slicing machine, the second automatic bread-slicer ever created, went on loan to Chillicothe, Missouri, the "home of sliced bread"

Chillicothe, Missouri is the "home of sliced bread." It's where the first commercial bread slicing machine was used. The tool was invented by Otto Frederick Rohwedder, creator of both the first and second bread-slicing machines. He invented this one (the second model) in 1928 and it was used in Davenport, Iowa. The first model, however, was used in Frank Bench's Chillicothe Baking Company in Chillicothe, Missouri.

For six busy months (at which point it is rumored the machine broke due to such heavy use), the public got its first taste of sliced bread and the convenience it provided at Bench's bakery. By 1929, Rohwedder's Mac-Roh Company was producing as many bread-slicing machines as possible to meet the new demand. With its incredible success, sliced bread spread to the Continental Baking Company, selling sliced bread under the Wonder Bread label, by 1930. 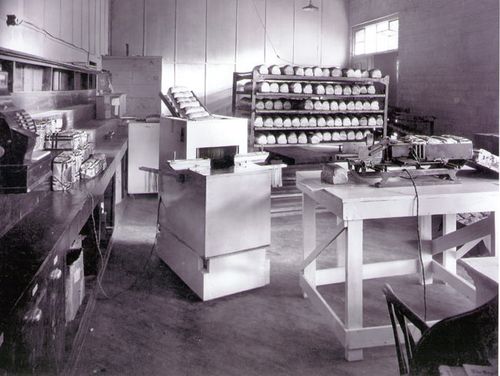 A bread slicing machine-related photo in the museum's collection

This story shows that some great inventions may have humble beginnings. In 2001, Catherine Stortz Ripley, news editor of the local Constitution-Tribune rediscovered a news article published in 1928 touting Chillicothe as the original home of sliced bread. Previously lost to history, this rediscovery of a local connection has brought renewed pride to the Missouri town.

Thanks in part to the determination of its residents, the tireless work of museum curator Pam Clingerman, and the dedication of Smithsonian National Board Alumna Claudia Ream Allen, as well as countless others, Chillicothe now has the opportunity to celebrate their unique contribution to American history through one of the original bread-slicing machines.

"The idea of sliced bread may be startling to some people. Certainly it represents a definite departure from the usual manner of supplying the consumer with baked loaves." A clipping from the "Constitution Tribune" newspaper from July 6, 1928, Chillicothe, Missouri. 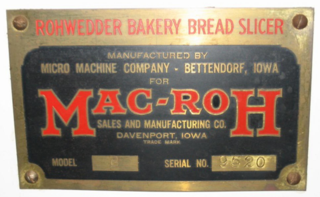 This particular bread-slicing machine was manufactured in 1928 by the Micro Machine Company, of Bettendorf, Iowa, and was used by Korn Bakery in Davenport, Iowa. Rohwedder's daughter donated it to the National Museum of American History in 1974. Now on loan, the bread-slicing machine represents innovation, luck, and local pride in a place where big time success began in a small slice of America.

Recipe of the Week: Julia Child's French bread
“Like the sun in all its glory suddenly breaking through the shades of gloom.” So wrote Julia Child after finally succeeding in making real...