On the anniversary of Jim Henson's birthday, the National Museum of American History received a donation of more than 20 Henson puppets and props, including characters from The Muppet Show, Sesame Street, and Fraggle Rock. The puppets won't be on view immediately, but intern Leanne Elston got a behind-the-scenes look at preparations for the donation ceremony and learned about the museum's efforts to conserve these beloved puppets. (Note: Puppetry in America is open February 12 - April 13, 2014.) 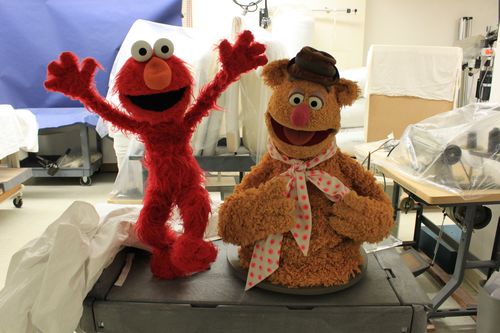 When I walk into the textiles conservation lab on Wednesday afternoon, Bonnie Erickson is standing over the form of the Muppet Grover, who's laid out on the table getting his eyes glued back on. Bonnie, the executive director of The Jim Henson Legacy, affectionately refers to the puppet as "old Grover," because he's the original puppet from 1967. He has greenish-brown fur, instead of the familiar blue we know today, and, once his eyes are secured, Bonnie gets to work bringing him back to life.

Grover is the last puppet Bonnie is working on, along with Sunae Park Evans, the National Museum of American History's senior costume conservator. Bonnie re-stuffs the limp form she calls "bag o'Grover," and, when she's finished with him, she and Sunae move him to a new base. They discuss how to arrange his arms and try a variety of positions before pinning his hands in place so that suddenly, Grover is alive and inviting us into his fun, kooky world. 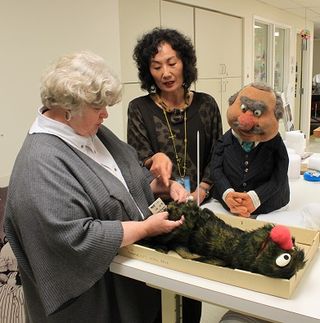 Bonnie and Sunae discuss how to proceed with "old Grover" as J.P. Grosse looks on

Bonnie and Sunae have been working together to get all of the puppets that are part of the donation into tip-top shape. It's an important partnership—where Sunae brings the conservation expertise, Bonnie brings an intimate knowledge of Henson's creations. She first started working for Henson in 1970 and has played a vital creative role; she collaborated with Henson on the Swedish Chef and is responsible for crafting Miss Piggy, one of the most well-loved and iconic Muppets of all time.

"I'm so used to sticking my hand right in a puppet and going for it, but I learned that they're much more careful than we are," Bonnie says with a laugh, describing how Sunae has taught her about conservation.

One of Sunae's challenges has been dealing with materials that were not made to last for decades. She explains that the polyurethane originally used as filling for some of the puppets has completely disintegrated. "Usually, in conservation treatment, you don't really change things, but something like this is damaging to the object," she says. She opens up a large plastic bag that holds the remnants of the Swedish Chef's insides. "You have to take it out and get rid of it." 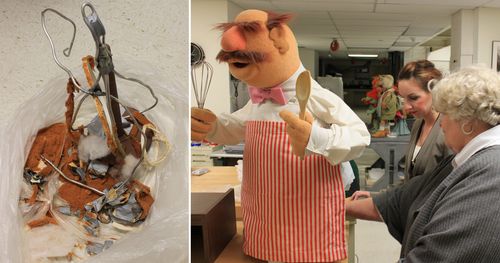 The puppets' materials were not made to last for years in a museum. The bag on the left holds what is left of the polyurethane foam that originally filled the Swedish Chef.

With Grover completed, it's time to move on to setting up for the donation ceremony. It's obvious that the Muppets have brought a fresh presence to the lab, and everyone is in high spirits as all the puppets are brought over and grouped together. The main topic of discussion is height—Bert gets one foam base beneath him instead of two so that he's not too tall, and when Miss Piggy, whom Bonnie calls simply "the Pig," is carried over, she towers over everyone. "She’s a diva!" Bonnie laughs. Elmo looks ready to leap into someone's arms for a hug, while the Fraggle Rock crew appear poised for adventure and the Cookie Monster opens wide for his favorite treat. 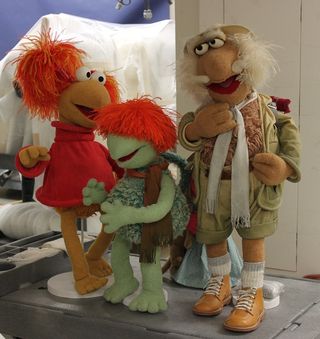 Red Fraggle, Boober Fraggle, and Traveling Matt will look familiar to children and parents of the 1980s, when the show Fraggle Rock aired on television

"They were made to be performed," Bonnie had said earlier when discussing the puppets' decaying materials. Now, with Sunae's help and Bonnie's eye for design, these Muppets can continue to delight the public for years to come. Several Henson puppets will be on view later this year in a new display case called Puppetry in America, which will feature marionettes, hand puppets, and ventriloquist figures, while Miss Piggy will go on display in the American Stories exhibition in March 2014.

Want more Muppets? Check out this blog post about the history of Kermit the Frog and Henson's Sam and Friends and our Flickr set of more puppet photos. We'll also share more photos of the donation ceremony on Instagram. We also remember Jane Henson, who passed away earlier this year.

Leanne Elston is an intern in the New Media Department and a graduate of the University of Georgia, where she studied linguistics.

Posted in From the Collections, Intern Perspectives, Conservation, Behind the Scenes 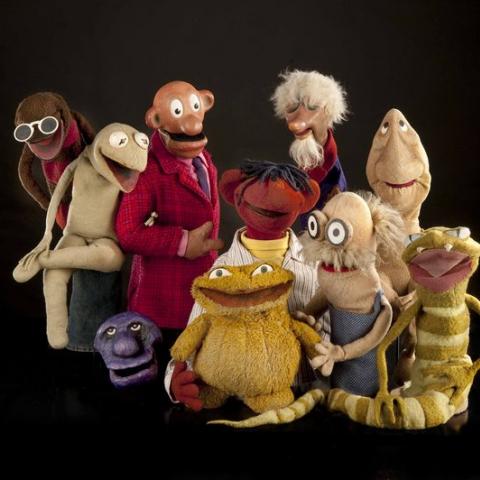