Can you help us identify some 1940s Californians?

If you've ever done research using primary source documents, you know that context is key. Who took this photo? Who's in the photo? Archives Specialist Franklin Robinson, Jr., needs your help answering these questions in relation to a new collection that just arrived in the museum's Archives Center.

Recently, the Archives Center received a donation of a group of photographs. Purchased online and donated to the center, the photos belonged to Gordon P. Larson (1910-1988), a graduate of West Point Military Academy and director of the Los Angeles County Air Pollution Control District from 1949-1955. These photographs date from 1941-1946 and, frankly, we don't know much about them. Two others, Billy and Howard, show up in many photographs both together and individually. 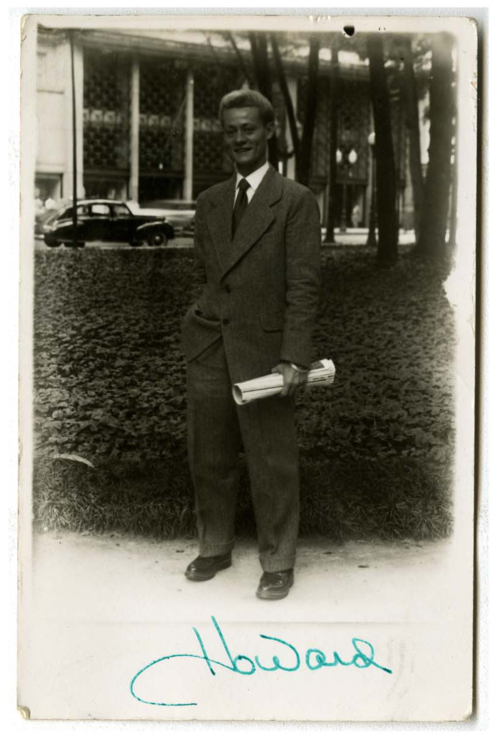 Take a look and see if you can help us identify the people or events in the photos. Divorced from their context, these photographs are lacking a layer of meaning that could prove very useful to researchers both today and in the future.

How were the photos taken? 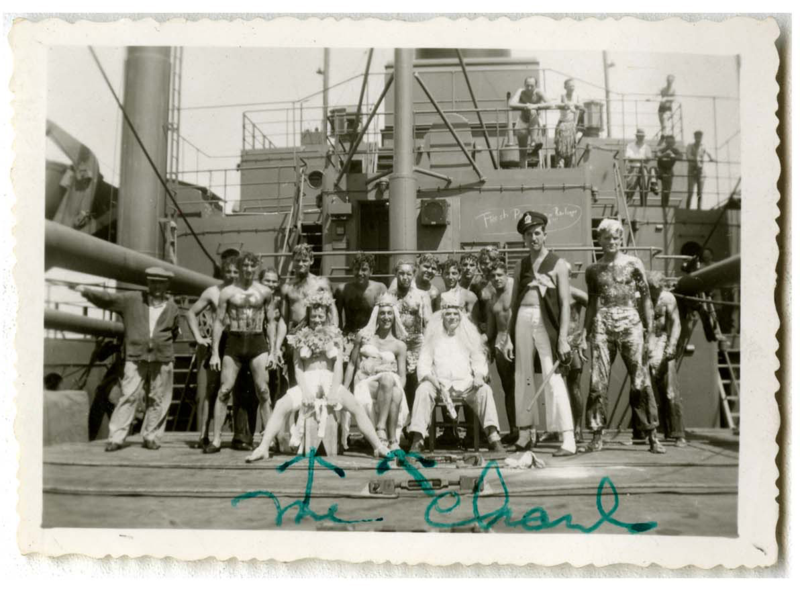 A "crossing the line" ceremony on a U.S. Navy vessel. Howard far left, seated. When a ship crossed the equator, all of the people of board (crew and/or passengers) who had never before crossed the equator before might have a visit from King Neptune, who made them do silly or even dangerous things, as sort of an equatorial hazing. They might be shaved with a giant wooden razor, or have a bucket of offal dropped on their head.

Who appears in the photos?

The man who is most photographed is Larson himself. Many of the photographs are inscribed to him and, presumably, they were his property. Two California addresses for Larson in 1946 are on the reverse of a postcard: the 1600 block of N. McCadden in Hollywood and the 500 block of N. Ardmore in Los Angeles. 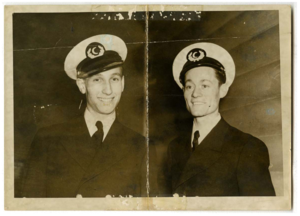 Billy (left) and Howard in unidentified uniform, circa 1942

What's happening in the photos?

One photograph is in a nightclub and another is a group on holiday in Tijuana, Mexico, in July 1942.

There are 43 photographs and one piece of paper ephemera in this collection.

If you have information that might help us identify or learn more about these materials, please e-mail the Archives Center at ArchivesCenter@si.edu and put "California Man" in the subject line to share what you know. For privacy reasons, we aren't able to publicly share all of the photographs from this set of material, but we hope that this provides a starting point and may be able to e-mail you additional material from the collection in the process.