The logarithm is 400 this year. Glen Van Brummelen, a fellow in the Dibner Library of History of Science and Technology, explains how logarithms came to be and why they're considered miraculous.

This year, one of the most important members of the mathematical family celebrates a significant milestone. A fundamental tool in the sciences, today used to measure everything from sound waves to earthquakes, this concept underlies much of modern science. Yet it is poorly understood, even loathed, by millions of high school students around the world.

Although we are now so wired that high-powered computation on our cell phones (our phones!) passes us by without a blink, those of us who remember how the pocket calculator changed our lives may be able to imagine how this concept revolutionized early 17th-century science. So this year, it is appropriate for us to acknowledge—even celebrate—the 400th birthday of the logarithm. 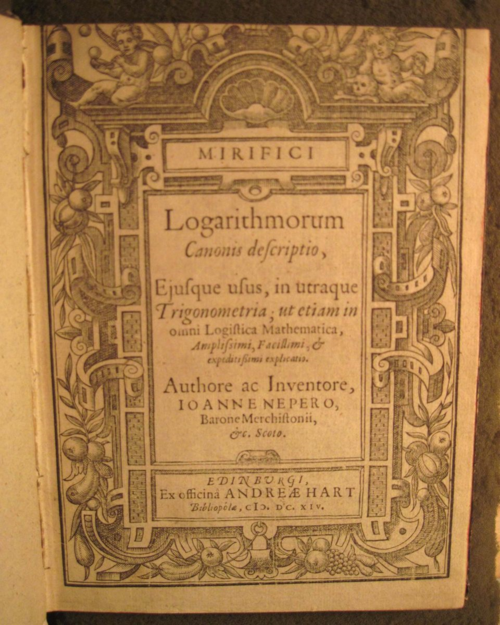 The early 17th-century in Scotland was a time of political and religious turmoil. Struggles for power, or simply survival, raged between Protestants and Catholics. One clan was no stranger to war; they had received their name several hundred years earlier when an ancestor, met by his thankful king after a heroic battle, was gratefully acknowledged to have "nae peer" in the realm. Eventually John Napier (1550-1617), Baron of Merchiston, took on the Scottish Protestant cause (notwithstanding his embarrassing Catholic uncle). During his life, John was most renowned for his Biblical interpretation The Plaine Discovery of the Revelation of St. John, in which he urged the Scottish King to purge his court of all but Protestants, and "proved" that the Pope was the Antichrist.

But Napier had a scientific bent as well. He invented several agricultural devices to make life easier on his land, and designed "Napier's bones," tools that assisted scientists in their calculations. Today, he is most renowned for his little book Description of the Miraculous Table of Logarithms (1614), a copy of which resides in the Dibner Library of History of Science at the National Museum of American History. His invention so spectacularly improved calculations that dozens of copies and improvements on his original idea swept across Europe over the next couple of decades.

But why logarithms? To answer that, we need to turn our eyes to the stars. Astronomers in ancient Greece had already invented trigonometry to predict the motions of the heavenly bodies. But the trigonometry they needed was not what we saw in school—it happened not on a flat blackboard, but rather on the surface of the celestial sphere.

For instance, in the diagram below, the ecliptic is the sun's path through the celestial sphere over the year. If you want to find out how high the sun is above the equator on my birthday (May 20), when it has moved 60º along its path away from the equator, it turns out you have to multiply sin 60 by sin 23.5 (and then take the inverse sine). Maybe that's easy today, but try multiplying these numbers without a calculator, and you might gain some respect for the 16th century astronomer. 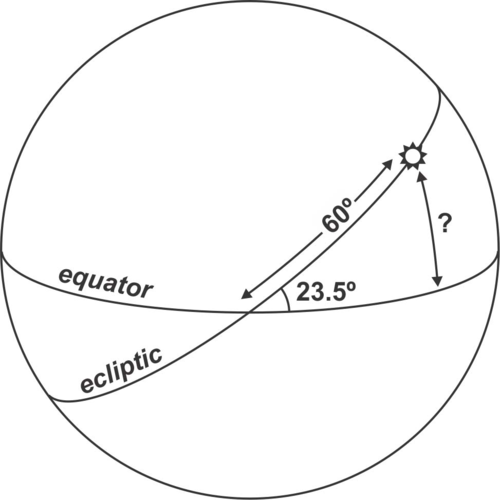 The ecliptic is the sun's path through the celestial sphere over the year.

In its modern form, the logarithm has a miraculous effect: the logarithm of the product of two numbers is the sum of its logarithms. So, if you want to multiply two numbers, just look up their logarithms in a table, add them together, and use the same table backward to find the product. This saves so much time that the famous scientist Laplace said of logarithms that "by shortening the labors, [they] doubled the life of the astronomer." Your grandparents learned and used them in school for this purpose. It has only been in the past 40 years, with the birth of pocket calculators, that the original significance of logarithms has been forgotten. 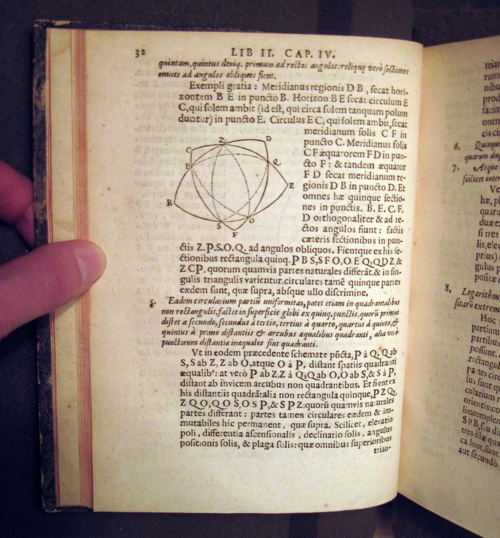 Napier didn't stop there. In the same book, he noticed a surprising and beautiful symmetry in the ten standard formulas for the right-angled spherical triangle. He went on to explain why the symmetries are there, in the process discovering what Carl Friedrich Gauss later called the pentagramma mirificum—the "miraculous pentagram." Once again, these symmetries became how your grandparents memorized the formulas.

And, not yet finished, he discovered two of four important formulas, now called Napier's Analogies, that were the pinnacle of many courses in spherical trigonometry. It seems that in Napier's case, miracles really did come in threes.

And while they have been forgotten in recent decades, on the 400th birthday of Napier's amazing announcement, it's worth a few minutes to reflect on how one little book changed the world. 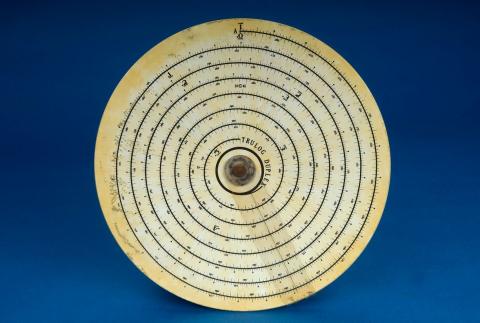 Glen Van Brummelen is a research fellow at the Dibner Library of History of Science and Technology. He is president of the Canadian Society for History and Philosophy of Mathematics.