Growing up the child of a World War II Navy veteran who happened to love football, it was easy to know who to root for in the Army-Navy game—until my sister married a West Point graduate! How dare she upset our Navy tradition and marry an Army man! Nothing against my wonderful brother-in-law, who has now been married to my sister for almost 40 years, but it did make watching that game all the more intense. The game I am referring to is, of course, the Army-Navy game, one of the most enduring rivalries in college football, which pits the cadets of the United States Military Academy at West Point against the midshipmen of the United States Naval Academy at Annapolis.

That rivalry got off to a rather slow start in the early 1870s as midshipmen on a practice cruise near West Point had challenged the cadets to a baseball game or a boat race. Organized sports were yet to be embraced by either academy, so the choice of sports was limited. The cadets weren't much for baseball, and they thought a boat race with Navy men would be unfair. The only sport practiced at West Point at that time was marbles—yes, that says marbles—but the Navy boys thought marbles on a ship would pose a disadvantage, so the challenge went unmet. It wasn't until 1889 that someone suggested a football game, but at that time organized sports were discouraged at the academies, especially at West Point, so the idea was dropped again.

The following year, Navy organized a football team. After much taunting the cadets agreed to play, but were shut out 24-0 by the more experienced midshipmen—they had six months more practice than the cadets. And so the annual meetings began—for four years. For reasons unknown, both academies suddenly declared there would be no traveling off their respective campuses, so the annual tradition would be put on hold until 1899 when a neutral field of play was suggested.

Franklin Field in Philadelphia was roughly halfway between both academies, which seemed to appease everyone. With the field set, the tradition finally got underway.

The Army-Navy game has been played every year since 1899 except for four years—1909, 1917, 1918 and 1928. In 1909 a member of each squad had died from football-related injuries, so the game was canceled out of respect to each team. The years 1917 and 1918 saw the World War interrupt the game and in 1928 a problem with player eligibility prevented play until 1930. (According to a Pittsburgh Press article from December 18, 1927, the Navy wanted to limit participation in the game to players who had less than three years of varsity competition under their belts, which would eliminate some of the Army's top players.) 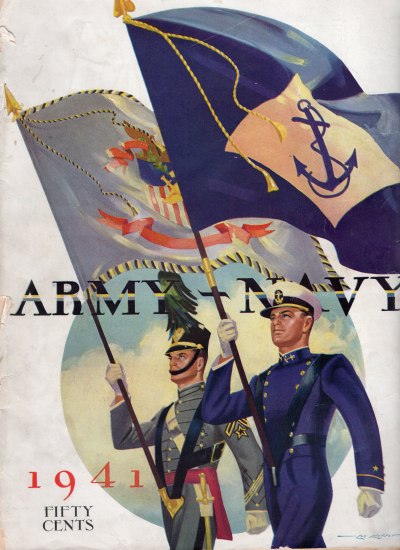 The public's enthusiasm for the game was widespread from the start as the early history of its broadcasts suggests. The game was first aired on the radio in 1920 and moved to national television in 1945. The Saturday after Thanksgiving was the day these two teams met for years, until 2009 when the switch was made to the second Saturday in December so it would not conflict with other college conference championship games. The field of play changes as well, but the majority of the games have been played in Philadelphia, where the annual tradition had first gotten underway.

The academy rivalry has always been great, but more so in the earlier years when the teams were more competitive with their college peers and when Army and Navy often played in national championship games. As college football evolved and the play improved, however, the academies could not keep up with the recruiting practices of other colleges. Those accepted into the military academies must meet stringent academic requirements as well as height and weight limits, and the five-year commitment to the service of their country often deters those players from pursuing an NFL career. 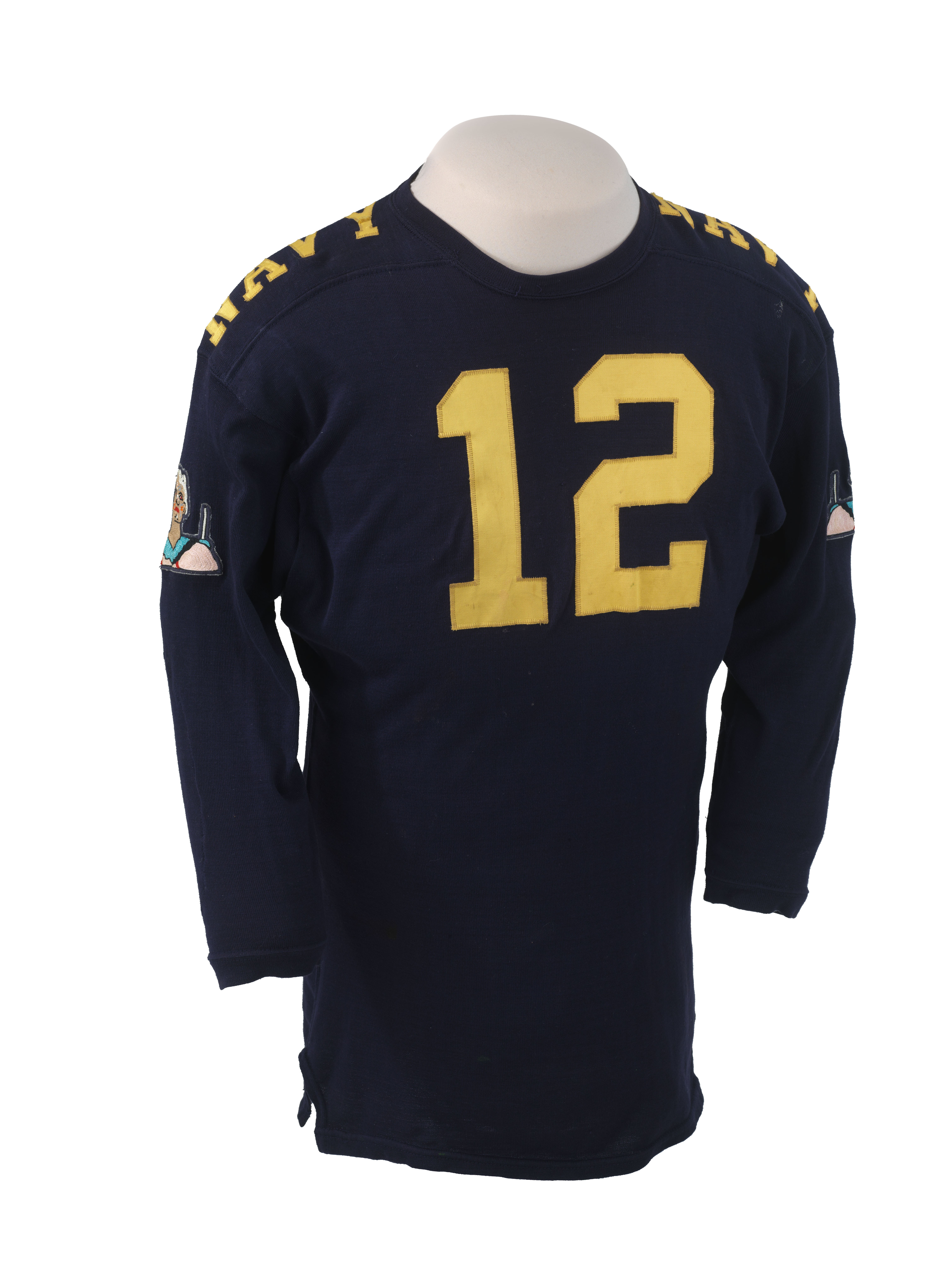 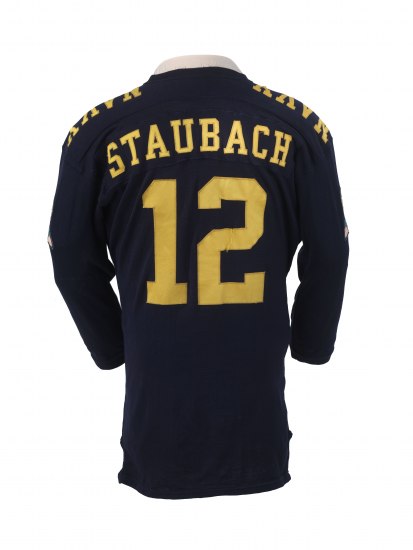 There have been a few NFL players to come out of the service academies—most notably Roger Staubach, who graduated from the Naval Academy in 1965. Staubach played in the Army-Navy game where instant replay made its debut in 1963. He also won the Heisman trophy that year, the last member of either academy to do so. After fulfilling his military commitment, Staubach went on to have a successful career with the Dallas Cowboys for 11 seasons. He played in five Super Bowls, was named MVP of Super Bowl VI, and was inducted into the Football Hall of Fame in 1985. 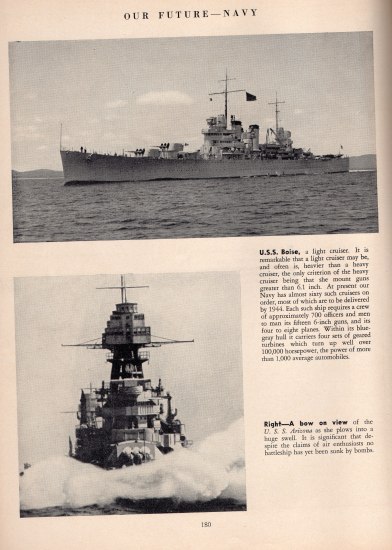 The Army-Navy game has an emotional factor that many college games just don't have, especially during wartime. This is usually the last football game most of the players will play in before receiving their commission or being deployed overseas to serve in combat. During World War II, the Army-Navy game was held on November 27, just a week before the bombing of Pearl Harbor and the United States's formal entry into World War II. The program for that year provided a look into the life of your average midshipman and cadet, and was filled with advertisements for the war effort. The most unnerving entry was a picture of the U.S.S. Arizona underway in the Pacific with the caption, "…It is significant that despite the claims of air enthusiasts no battleship has yet been sunk by bombs." A week later, the Arizona would go down in a matter of minutes after being hit by Japanese bombers. 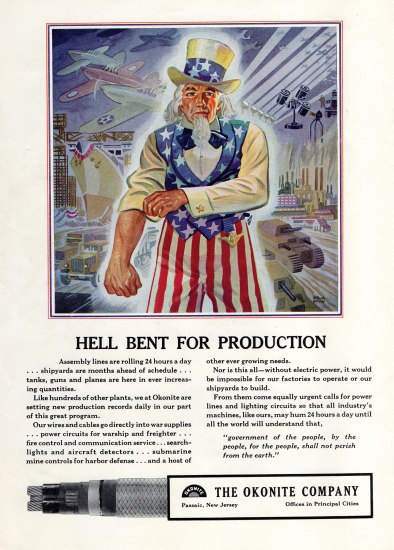 Tradition carries through to the end of the game as each team's alma mater's are played and sung in front of the opposing teams students as a sign of respect and solidarity to their commitment to their respective academies but also united in the protection of their country.  Navy has won more times in this long standing contest with a current winning streak of 13 games beginning in 2002 but Army has had their fair share of victories much to my brother-in-law's delight.

My brother-in-law made a career out of the Army and served this country with pride for more than 30 years. He and my sister went on to have four kids—two of whom joined the Army. There was a bit of tension when my nephew married a Navy doctor and switched services, but we still enjoy watching the game together when we can. My dad has been gone for 18 years now, but I still root for Navy even when I'm watching the game with my "Army" family.

Jane Rogers is curator in the Division of Culture and the Arts.
Posted in From the Collections 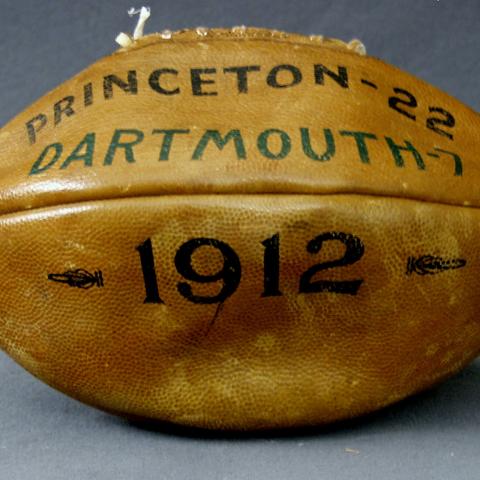 College football by radio
"The thud of the cleated boot on pigskin will soon be heard." It's football season! The Ten Thousand Men of Harvard! The Fighting Irish!... 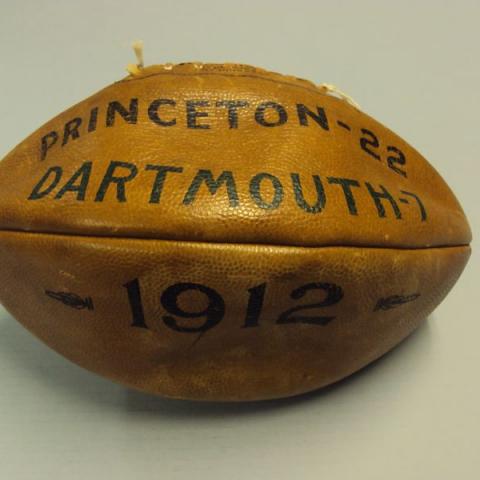