Did you ever cut a linoleum block in art class? While rolls of linoleum were used for floor covering from the 1860s, artists only began to use the material about 1910. Pieces of linoleum, sometimes mounted on wood blocks, were quick to cut and offered a readily available material for making bold lines for prints. The material took on a useful role in art education, and many students from the 1930s to today first learned about printmaking from cutting and inking linoleum blocks, also called linocuts.

Major artists including Henri Matisse, Pablo Picasso, and Roy Lichtenstein made linoleum cuts. You've probably heard of them, but it's possible you're less familiar with Margaret Taylor Burroughs and Elizabeth Catlett. For Women's History Month, here's a closer look at their work.

Among the artists in the museum's collection who made linocuts, let me introduce Margaret Taylor Burroughs (1915–2010) and Elizabeth Catlett (1915–2012). They became friends—and roommates—while working at the South Side Community Art Center in Chicago in 1941, and later reconnected at the Taller de Gráfica Popular (People's Graphic Workshop), an artists' printmaking collective in Mexico City, in the 1950s.

Burroughs stands out for her many cultural contributions in Chicago as well as her artwork. With both bachelor's and master's degrees from the School of the Art Institute of Chicago, as well as honorary doctorates from several universities, she became an educator in the Chicago Public School system (1946–1968), and a professor of humanities at Kennedy-King College (1968–1979). During the New Deal she supported the creation of the South Side Community Art Center where she and her friend Catlett studied and exhibited their work. During the 1950s Burroughs took a sabbatical year in Mexico City where she was a guest artist at the Taller de Gráfica Popular working on linoleum prints and lithographs with her friend Catlett. Burroughs and her husband, Charles, founded the DuSable Museum of African American History in 1961.

The block print "On the Beach" was inspired by a family group Burroughs saw sitting on the beach at Montego Bay in Jamaica in the 1950s. She designed the image in that decade, and the block was printed in 1977. She gave some impressions an alternate title, "At the Beach." 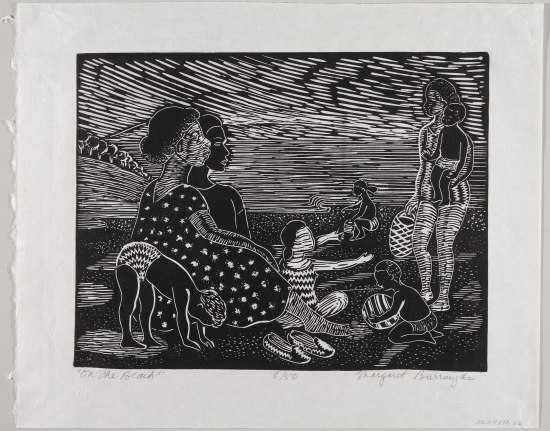 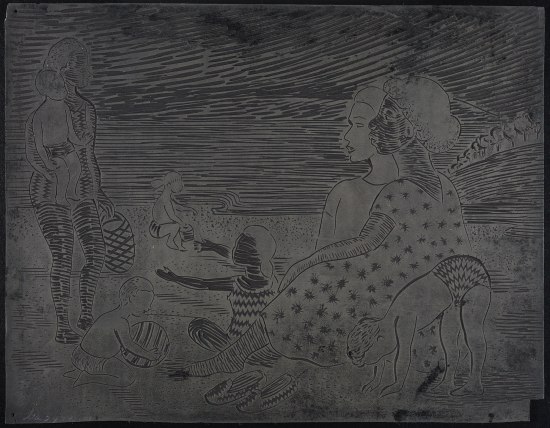 Catlett earned her bachelor's degree from Howard University and her master's degree from the University of Iowa. Known as a printmaker and as a sculptor, Catlett made powerful portraits in black and white, which often were linoleum cuts. She received a Rosenwald fellowship that took her to Mexico in 1946, where she later married artist Francisco Mora and had a long association with the Taller de Gráfica Popular.

Catlett made the untitled print of a female portrait head as a demonstration piece for a Howard University art class taught by Lila Asher about 1970. She cut multiple blocks and printed the image using a paper mask to cover sections that she didn't want to print. 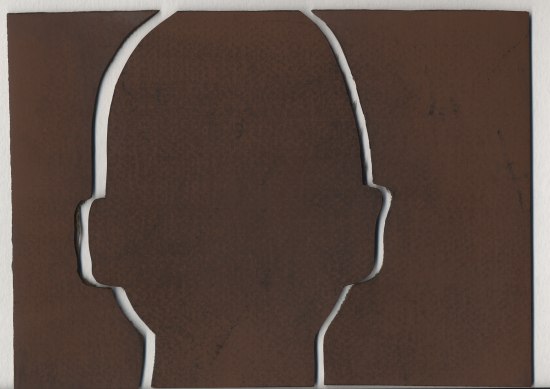 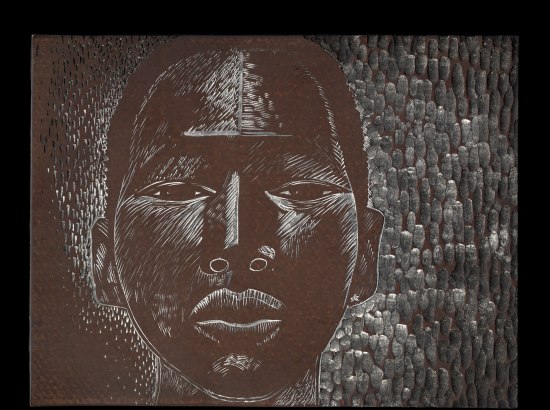 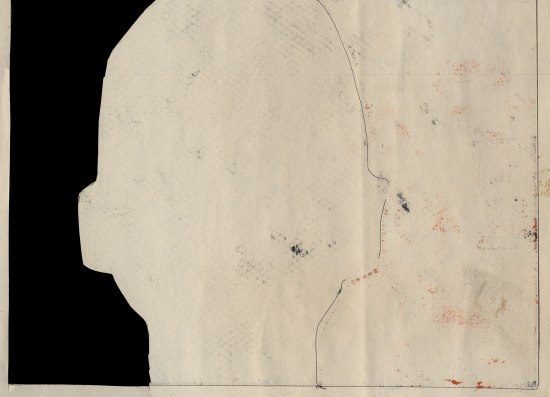 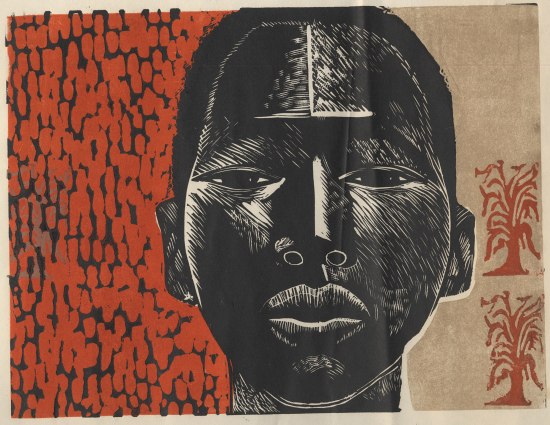 Women artists often had difficulties in showing their work and in being accepted in the art world largely dominated by men. African American women faced additional discrimination due to racism. Both Burroughs and Catlett found ways to exhibit and to teach, and they both helped to establish institutions that were supportive and inclusive, like the South Side Community Art Center and the Taller de Gráfica Popular. Each of these artists is now well represented in museum collections, and their stories are included in a comprehensive study of women printmakers, Paths to the Press: Printmaking and American Women Artists 1910-1960, edited by Elizabeth G. Seaton and published in 2006.

Posted in Women's History, From the Collections, African American History 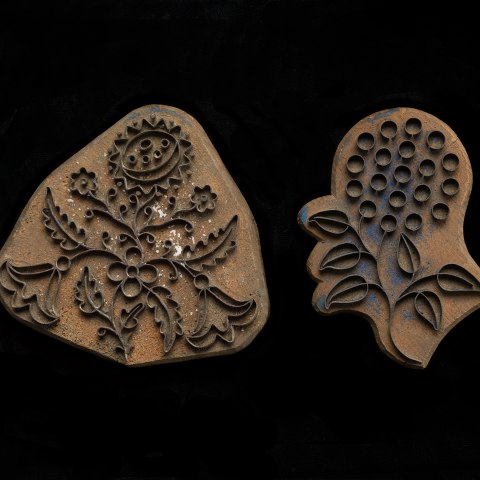 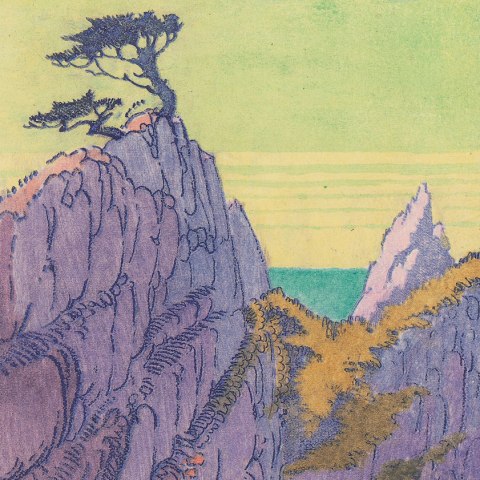 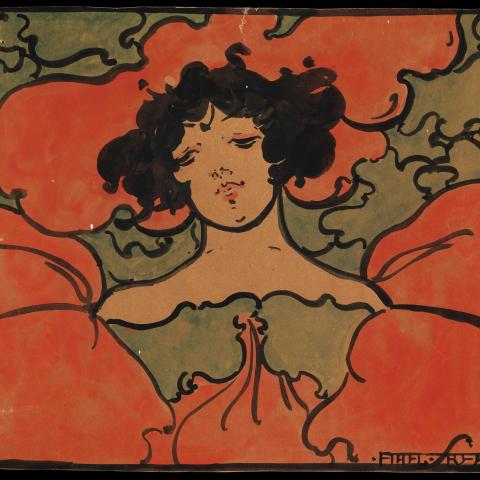