On June 23, 1865, 150 years ago, the last Confederate general surrendered his arms at Doaksville, Oklahoma, near Fort Towson. Confederate Brigadier General Chief Stand Watie (his Cherokee name was De-ga-ta-ga) was a Cherokee. He commanded the First Indian Brigade of the Army of the Trans-Mississippi Confederate cavalry, a regiment consisting of Cherokee, Seminole, Creek, Choctaw, and Chickasaw men, and he was one of only two American Indian men to achieve that rank in the whole Civil War. The other, Seneca Brigadier General Ely S. Parker (his given name was Hasanoanda) of New York, had a very different surrender story: Parker, an aid to General Ulysses S. Grant, drafted the formal terms of surrender for General Robert E. Lee to sign at Appomattox. 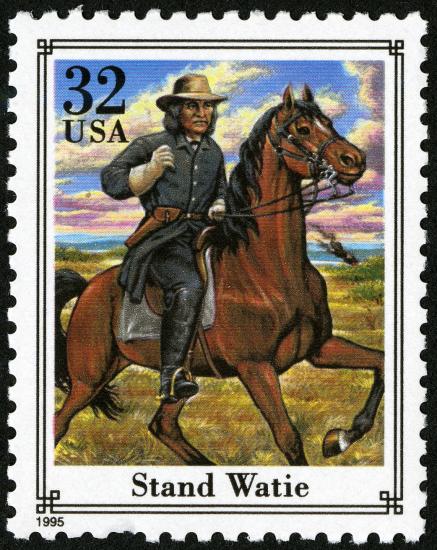 Before the war, Stand Watie had led a contentious life. He was born in Georgia in 1806 and lived among the Indian nations that became known as the "Five Civilized Tribes"—the Cherokee, Seminole, Creek, Choctaw, and Chickasaw. In the 1830s, President Andrew Jackson declared his support for the white Southerners who had begun pressuring these communities to move west, out of Georgia, North Carolina, and Tennessee, to a home in what was called Indian Territory—modern Oklahoma. Unlike many of his fellows, Watie actually believed that moving would benefit the tribes by securing new land for their communities, and as a Cherokee leader he and three other American Indian leaders signed the Treaty of New Echota in 1835, a document that provided for the removal of the Five Civilized Tribes to Indian Territory.

The resulting trek of 40,000 American Indians across the South to Indian Territory became known as the Trail of Tears. Disease, exhaustion, and hunger were rampant on the road, and 4,000 American Indians died en route. In the aftermath of the trek, three of the four Cherokee leaders who signed the Treaty of New Echota were assassinated; Watie was the only one to survive. 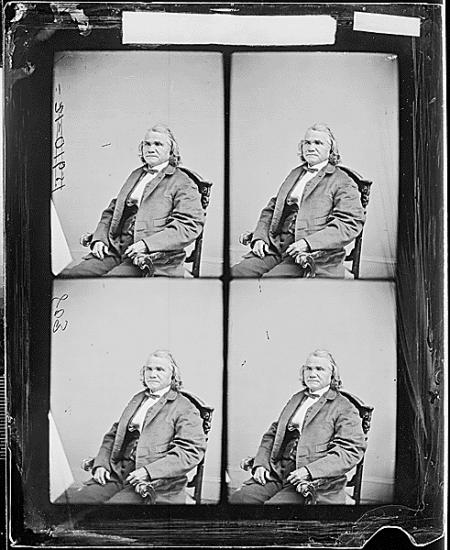 Prior to the Civil War, Watie was a slave-holder with actively Southern sympathies. When the southern states began to secede from the Union in 1860 and 1861, the majority of the Cherokee Nation voted to support the Confederacy, hoping that a new Southern government would be more apt to respect their territorial claims and keep the terms of any treaty agreements. To this end, Watie raised a force of 300 Cherokee to fight for the Confederacy. His First Indian Brigade won a number of notable victories, including capturing a Union steamboat on the Arkansas River and a Union supply train at the Battle of Cabin Creek. But Watie was once again a leader of a divided Cherokee people. Those who declared loyalty to the Confederacy backed Watie, while Unionist Cherokee split off to follow a man named John Ross (his Cherokee name was Koo-wi-s-gu-wi). As the war dragged on, Ross's cause gained followers and support. (You can learn a little more about Ross from the Library of Congress.) 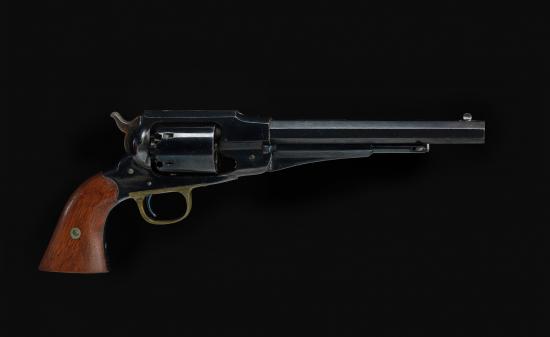 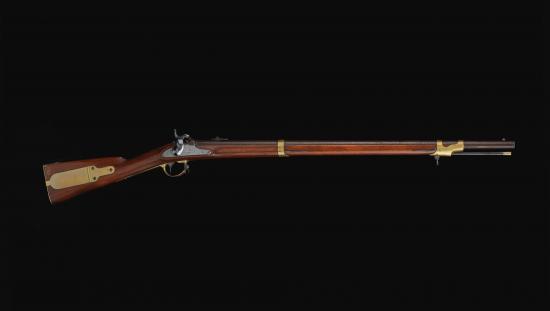 Richmond, Virginia, the Confederate capital city, fell to Union forces on April 3, 1865. Less than a week later, Brig. Gen. Parker wrote up the terms of surrender for General Robert E. Lee. On June 15, 1865, the Grand Council of Confederate Indian chiefs convened to declare that it was time for Confederate Indians, too, to lay down their arms. Lt. Gen. E. Kirby Smith had surrendered the Army of Trans-Mississippi on May 26, but Brig. Gen. Watie refused to admit defeat. As weeks passed, the Confederate Army dwindled to one lone general and his men. On June 23, Watie finally accepted that the fight was over. He surrendered to Lt. Col. Asa C. Matthews at Doaksville.

Watie only lived another few years. He died at his home near Honey Creek in Indian Territory on September 9, 1871.

Tory Altman has also blogged about Jewish American historical objects and What it Means to be American. Learn more about the last surrenders of the Civil War in this Prologue Magazine article from the National Archives. 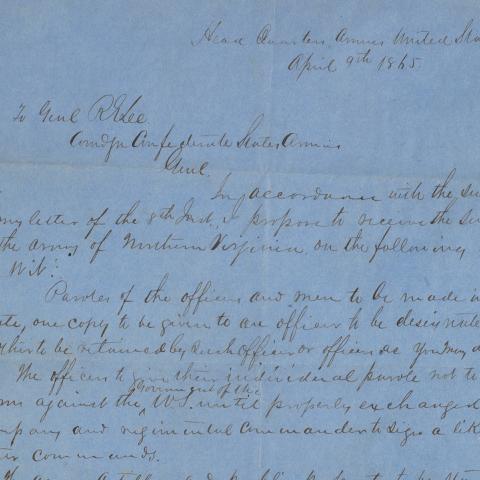 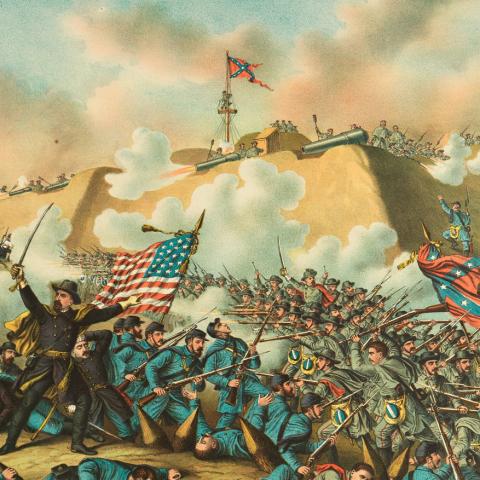