Jim Henson creations you may not know: Wilkins and Wontkins

Does this puppet look familiar? Remind you of anyone you know? Does he bear a striking resemblance to a famous frog? This is one of Jim Henson's earliest creations, before Muppets fame. Part of the large Henson donation to the National Museum of American History in 2012, this adorable, funny looking puppet is known as Wilkins. Made of soft brown wool flannel, with dangling limbs, button eyes, and a painted upturned mouth, Wilkins was the creation of Jim Henson and his wife and partner, Jane Newbel. Part of a duo known as Wilkins and Wontkins, this lively pair premiered on channel four television, the Washington, D.C., NBC local affiliate, in 1957. 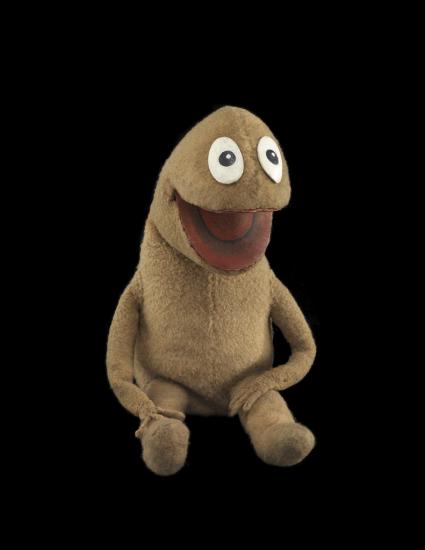 In 1956 Henson was contacted by a Washington, D.C., company, Wilkins Coffee, to produce a short television commercial. Wilkins and Wontkins were born, created expressly for the coffee commercials. Wilkins, the serious, cheerful one who loved coffee, regularly tortured his protagonist, the lovable Wontkins, who did not like coffee. Much to the dismay of Wilkins, Wontkins refused to even try a cup.
Wilkins, with his somewhat serious and endearing demeanor, bears a striking resemblance to one of Henson's most enduring creations: the beloved Kermit the Frog. Wontkins, on the other hand, fashioned in a simple triangular or pyramid shape with button eyes and a large protruding nose, wore a distinct frown that conveys his grumpy personality. Henson created about 179 of these 10-second shorts that ran on Washington, D.C., local television from 1957 to 1961.
The commercials were rather violent by today's standards. Wontkins is seen being hit over the head, kicked, shot, tarred and feathered, stabbed, electrocuted, and even shot out of a cannon by his buddy Wilkins, much to the delight of the audience.
In one of the commercials in the video above, Wontkins actually falls out of a plane. You can also view this video on YouTube.
The popularity of the two characters and their escapades led to a promotional offering sponsored by the Wilkins Coffee Company, which offered a set of plastic children's toy hand puppets featuring the dueling duo. 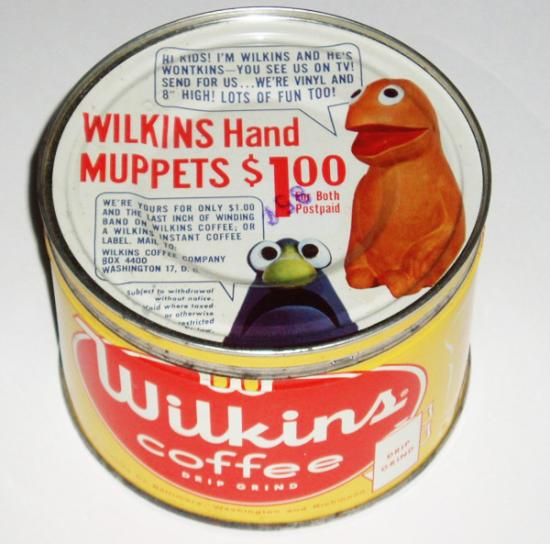 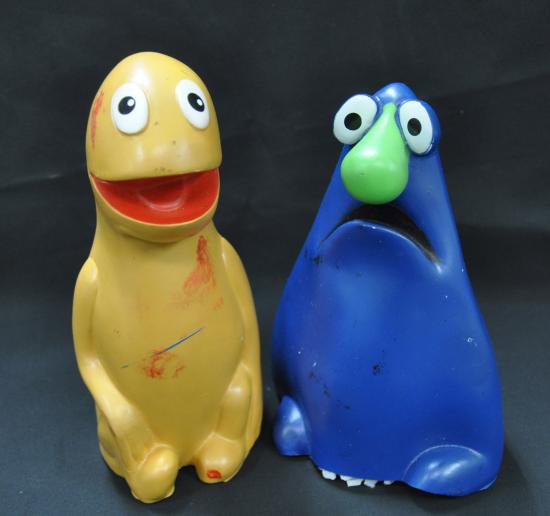 The popularity of Wilkins and Wontkins and their clever banter proved to be a highly successful marketing technique for the company. The characters went national and were also spokesmen for additional products into the 1960s, including Wilkins Tea, Community Coffee, Esskay Meats, and Krant Milk.
Wilkins and Wontkins were just as funny when selling bread and other products. You can also view this video on YouTube.
Early on, Henson recognized the popularity and commercial potential for these popular characters. In 1958 he applied for two U.S. patents (one for Wilkins and one for Wontkins) to protect the rights to his two characters. Protecting his design and ideas through patents would allow Henson to protect his ideas in a competitive marketplace. The puppets were categorized as "puppet dolls" or "similar article" on the patent distribution sheet. Henson was awarded patents no. 186,119 (Wilkins) and 186,120 (Wontkins) on September 15, 1958. These were Henson's creations. 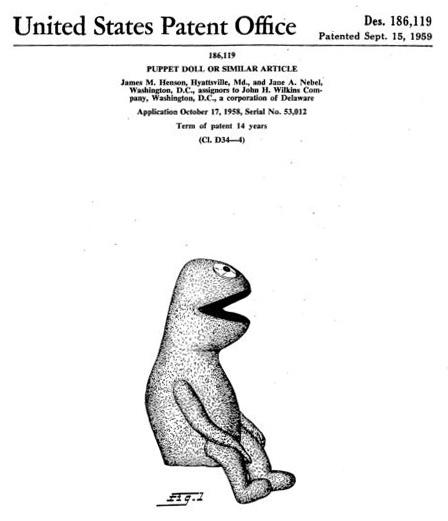 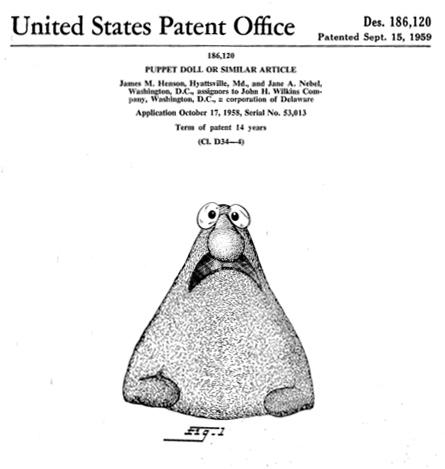 Henson received additional promotion opportunities and thereby created other characters that were used to advertise various products on television. In 1962 Henson created a hand-and-rod puppet named Rowlf the dog to promote Purina Dog Chow. Rowlf was the sidekick of Jimmy Dean, and appeared regularly on the popular television variety show The Jimmy Dean Show. This is the first time Henson paired a puppet with a live person. 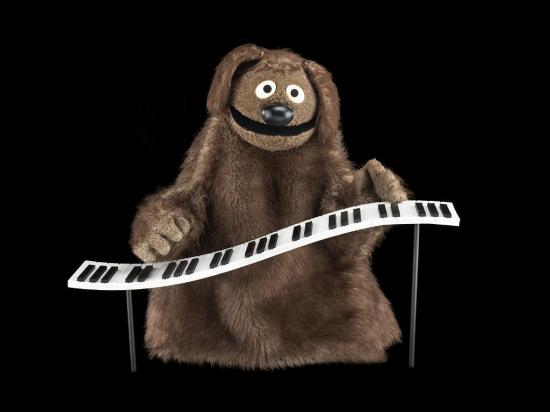 The use of puppets to sell a product was not a new concept, but Henson took it to a whole new level. His ability to write quick and witty shorts that lasted just 10 seconds was the genius that went on to create and bring to the world some of the most endearing and lovable characters for children and adults alike.

Melodie Sweeney is an associate curator in the Departments of Art & Culture. She has also blogged about the Marx Brothers. To learn more about the social debates about early commercial television and its influence on kids, visit the Consumer Era section of the American Enterprise exhibition or learn more about "spokes characters" such as Mr. Peanut, Tony the Tiger, and Nipper the dog. 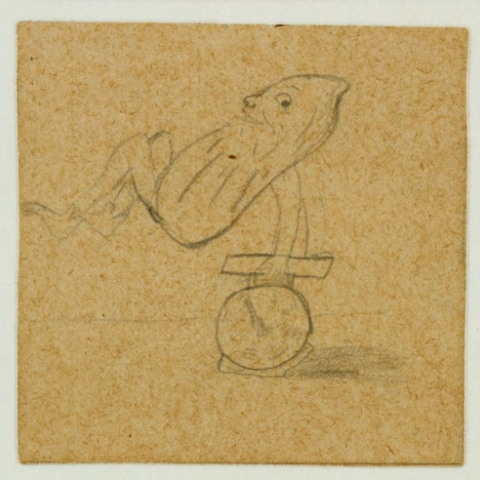 Mr. Peanut and Antonio Gentile: A trademark that defined a life
Packaging designer Walter Landor once said, "Products are made in the factory, but brands are created in the mind." One of the most iconic...