A tea set for war relief: Liberty China and Queen’s Ware in World War I

"When our country entered the Great War I decided to have this chapter in our history commemorated by a patriotic china, to be made by a great potter and that I would devote all profits to the war sufferers." Thus wrote Lillian Gary Taylor (1865–1961), a woman of substantial financial means and social connections who participated in the war effort in a special way by envisioning and designing the Liberty China and Queen's Ware tea service for the purpose of raising funds for war relief. 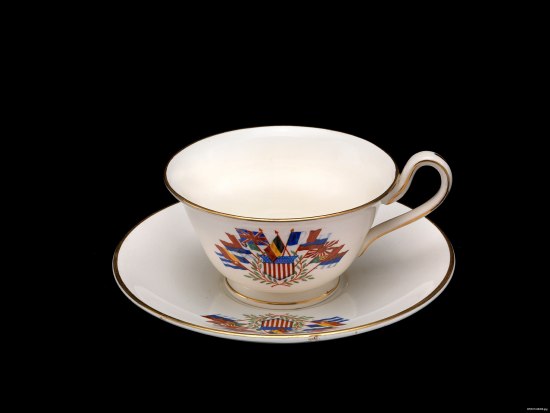 Women of all social classes were involved in World War I in a variety of roles—military and civilian, paid and volunteer. Upper-class society women, like Lillian Gary Taylor, often used their wealth and connections to raise money for the war effort. Taylor's father, General James A. Gary (1833–1920), was a wealthy textile manufacturer from Baltimore, Maryland, and an active politician who made an unsuccessful bid for governor of that state. He also served as Postmaster General, a cabinet-level position, in the McKinley administration. Taylor's family wealth allowed her to travel widely, beginning with a European tour at the age of 16. Thirty-three years later, her travels placed her and her husband in Austria only days after the assassination of Archduke Franz Ferdinand, heir to the Austro-Hungarian throne, whose killing led to the outbreak of World War I in June 1914. Taylor and her husband remained in Austria during the ensuing confusion before returning to the United States in late August 1914. 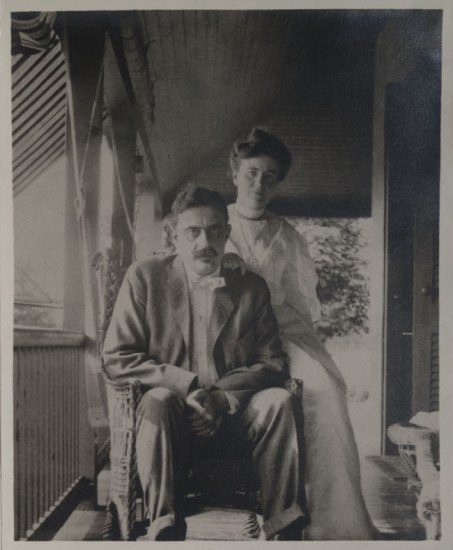 Utilizing her financial resources and social connections, Taylor implemented her vision for the tea service. She designed the armorial decoration for the pottery that included the flags of eleven Allied countries and a shield with the stars and stripes. She relied on friends who were professional designers to refine her motif. Taylor selected Josiah Wedgwood & Sons, a renowned English pottery company founded in 1759, to produce the ware. She made arrangements for production directly with Francis H. Wedgwood (1867–1930) and received the first order in September 1917. In order to ensure that all profits from her tea service were used for charitable relief, Taylor exclusively marketed and sold Liberty China from her home in New York City, keeping a set in her parlor to show to potential buyers. 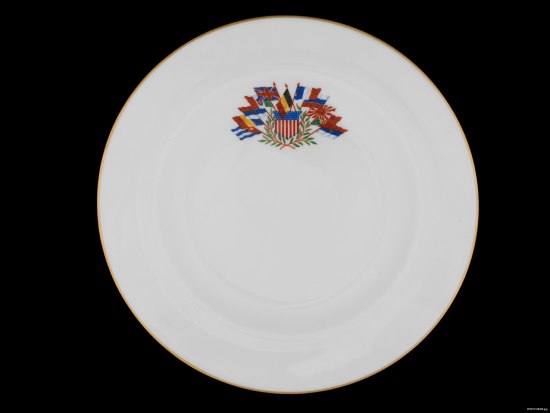 In 1924, after selling 9,251 pieces, Taylor privately published a book detailing how the $14,203.14 earned on the sales was distributed to various war-related charities. The American Red Cross and its subcommittees received the largest amount. Over 40 other international war-related charities including the American Committee for Relief in the Near East, the Serbian Orphans, and the Star and Garter Hospital received money from Taylor's fundraising efforts. Production of Liberty China and Queen's Ware ceased on Armistice Day, November 11, 1918.

To learn more about Taylor and other women's contributions to the war effort, visit the Women in World War I object group.

The author recommends the following resources for those who are interested:

Greg Bingham completed an internship with the Division of Home and Community Life.

Posted in World War I, From the Collections, Women's History 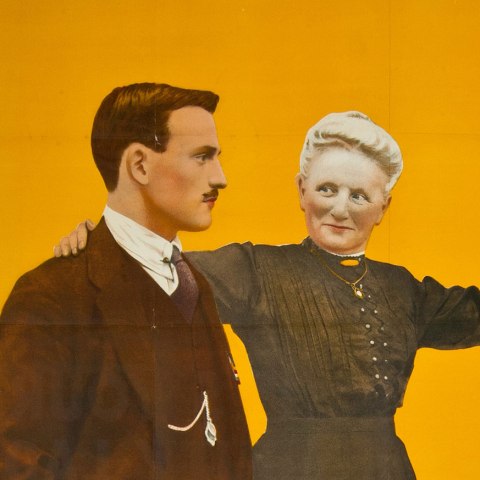 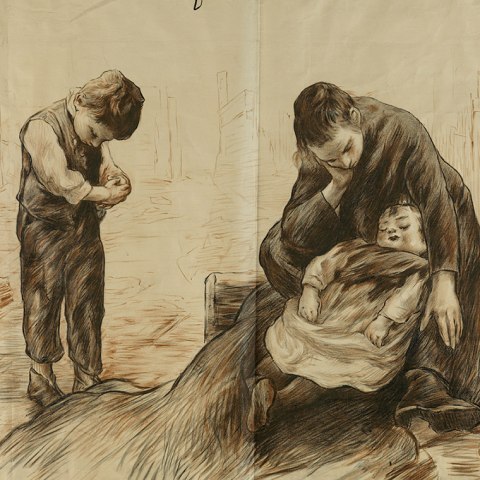 Americans who joined the World War before their country did
April 6, 2016, marks the 99th anniversary of the U.S. entry into World War I. Although the country would not be drawn into combat until...